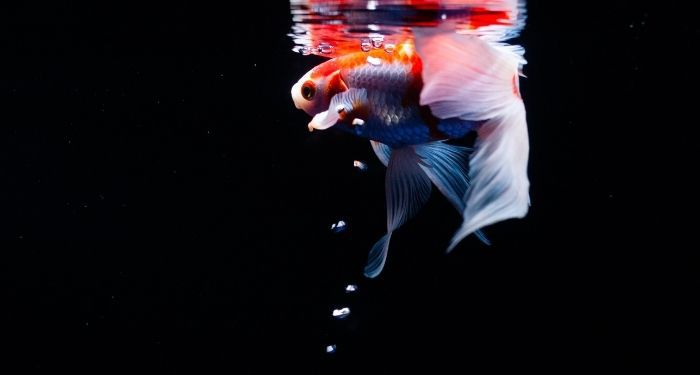 It’s easy to feel despair when you stare at terrible news headlines all day long. It can be overwhelming. But of course, negative headlines are much more likely to run than positive ones. There are lots of great things that happened in the world this week, too. That’s why every Friday, we round up the best bookish news from this week, to remind us that positive change is possible and that not everything is so bleak. This is only a tiny sampling of the fun, inspiring, and hopeful news stories from this week that you might have missed.

The fate of a Lorain, Ohio, library fish has been sealed — and it’s awesome.

Nemo was the long-time resident of Domonkas Branch Library, but after an incident where his gravel was accidentally put down a bathroom drain, the library realized the cost of repairs, as well as maintenance for the pet fish, was too high. When the University Hospitals heard Nemo was looking for a new home, they stepped in.

But he’s not just getting a new home. He’ll be promoted to the role of therapy fish, able to be part of patient therapy at the hospital.

The arrangement was made Wednesday morning after Diane Pekarek, Marion C. Risman & Family Endowed Pet Pals coordinator for UH, read that the goldfish needed a new home and contacted the library.

“The (Mobile Aquarium Therapy) program has been such a success that I’d been thinking about getting additional carts so that we can have more coverage,” Pekarek said. “When I read the article, it was perfect. Nemo was meant to be here to help the kids.”

She said UH started using fish for visits in the hospital during the COVID-19 pandemic for social distancing reasons. With therapy animals like dogs, cats and horses, a handler must remain close to the animal — consequently coming too close to the patient.

With aquariums that can be transported into a patient’s room on a cart, social distancing is less of an obstacle. The mobile aquarium therapy program turned out to be “a huge hit” with the patients.

Residents in the community had started an online petition to keep Nemo at the library, but upon hearing where he was moving, they note they could not be happier to hear of his new gig.

Among the 49 new cities across the globe added to UNESCO’s network of Creative Cities are three new Cities of Literature. Because the U.S. is no longer part of UNESCO — 2018 marked its last year — there are no U.S. cities on the list, but Iowa City, which is the U.S.’s City of Literature, warmly welcomed  Gothenburg, Sweden; Jakarta, Indonesia; and Vilnius, Lithuania into the fold.

From Iowa City of Literature:

“We look forward to working with our new partners as we promote our values, including the need to celebrate and protect freedom of speech and expression. As our network diversifies, adding new cultural perspectives, new languages, and new stories, we strengthen the base from which we do that work.”

The UNESCO Creative Cities Network (UCCN) was created by UNESCO in 2004 and gathers Cities that have positioned culture and creativity as strategic enablers for the achievement of the 2030 Agenda for Sustainable Development. The Network recognizes Cities from the seven creative fields of Craft and Folk Art, Design, Film, Gastronomy, Literature, Media Arts, and Music. Designated Creative Cities place creativity at the core of their development to enhance inclusivity, safety, and sustainability.

What a cool selection of cities!

Barbara and Valeria Cerda launched their mobile pop-up bookstore La Revo Books as a means of changing the relationship their communities have to reading. In particular, the duo are hoping to bring passion for reading and books — and indeed, revolution, as their name inspires — to the city’s diverse south side.

Not only does the popup store offer books focused on inclusive voices, it’s an opportunity for otherwise underrepresented voices to connect, share, and find community.

Central to what the Cerda sisters want to achieve with their business is rebuilding the relationships to reading within their own community so that readers can find a piece of their own identity on their bookstore shelves.

“It’s also about reinventing peoples relationship to literature and reading. Personally, in my education I’ve read books about a lot of white people or written by white people … that would damage my relationship with reading if I felt all books were like that,” says Valeria.

The Cerdas have seen this spark within their own family. Valeria remembers a time when her dad wasn’t a fan of reading.

“I remember, even when we first opened, he said, ‘Mexicans don’t read,'” she says. “Now, I think he’s re-thought about it because of all the books we have.”

Valeria recounts when Barbara and her had gotten a book of stories and memories written by someone from the same Mexican small town as their dad. One particular story was about how the people in the town would gather in their homes to make gorditas. Valeria remembers looking over at her dad and noticed him getting emotional over this story.

“I don’t think anyone has ever told a story about my dad’s town,” says Valeria. “In a way, it brought back so many images to him.”

As their story continues, the sisters are working on whether their next chapter will include a permanent location or remain a pop-up, traveling concept.

While many libraries offer puzzles to borrow or, in even more cases, to swap, one Eden Prairie, Minnesota, resident thought constructing a stand-alone puzzle library — modeled after Little Free Libraries — would bring a great service to his community.

Kautz (pronounced “Cow-tz”) started the puzzle library in 2020, as a way to help people maintain connections during the COVID-19 shutdowns. After hosting a puzzle exchange table in his neighborhood during social isolation, “We had a bunch of puzzles we’d done already, and I thought it would be interesting,” he said.

Having grown up on U.S. Forest Service ranger stations in Idaho, where his family would sometimes lose power for a week or more at a time, Kautz was familiar with puzzles as “something to do.” As an adult, he says he actually hadn’t done that many puzzles – until the past year, when he’s completed 75.

Kautz said the most popular puzzles are 1000 pieces, and he is pursuing the idea of creating a network of similar puzzle libraries across the country.