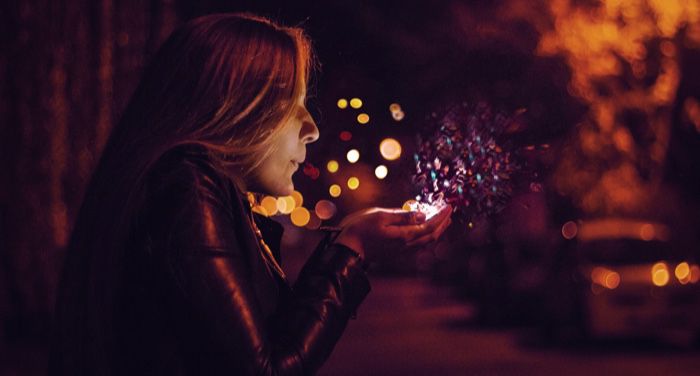 If the popularity of The Lord of the Rings, A Game of Thrones, and Shadow and Bone has taught us anything, it’s that there’s deep cultural love for swords and sorcery. The bucolic, pastoral settings are beautiful relics of the past. These stories are rife with conflicts that speak only metaphorically to our own real-world conflicts, providing a comforting escapism in their pages. Sometimes, though, we need a genre-blending fantasy book to really ignite our imaginations.

Blending and mashing-up are a surefire way to make just about anything better. Peanut butter is good. I can put it on a spoon for a sweet, protein-packed snack. But when paired with jelly? Peanut butter reaches new heights. Some people love a big dollop with their ice cream. With bananas or in cookies or simply spread on crackers. Cover peanut butter with chocolate? Now that’s just perfection.

Turns out, the fantasy genre is just as blendable as pulverized peanuts. What if you want a little romance with your necromancy? Some magic in your mystery novels? A dash of elvish with your literary? Especially for those of us that love multiple genres of books, these genre-blending fantasy books are just what we need. Here are ten novels as good as any Pitch Perfect mash-up. 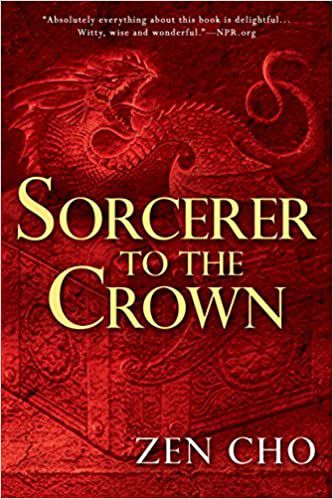 Zacharias is a free formerly enslaved man and powerful magician. When England’s magic starts to dry up, he’s dispatched to the borderlands to investigate. There’s he comes upon a remarkable woman with even more remarkable power, and the adventure that ensues isn’t just about England, but their hearts. 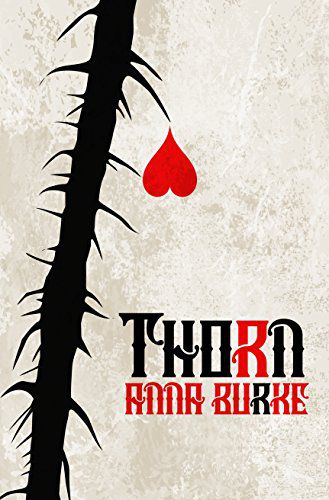 When Rowan’s father returns home with a winter rose, a Huntress follows, stealing away Rowan to the mountains and laying a curse upon the land. Now Rowan finds herself steeped in superstitions she once forsook. She’s torn between her family, her village, and increasingly complicated feelings towards the Huntress. 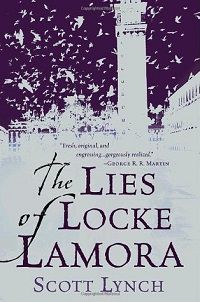 The Lies of Locke Lamora by Scott Lynch

Locke Lamora is a master thief and leader of the Gentleman Bastards. He is infamous and seemingly unparalleled in skill, or so he thinks. A mysterious figure more cunning and dangerous has emerged on the island of Camorr, and they threaten to upend everything Lamora knows. It will take every ounce of guile and the greatest of heists to protect the mercenary life. 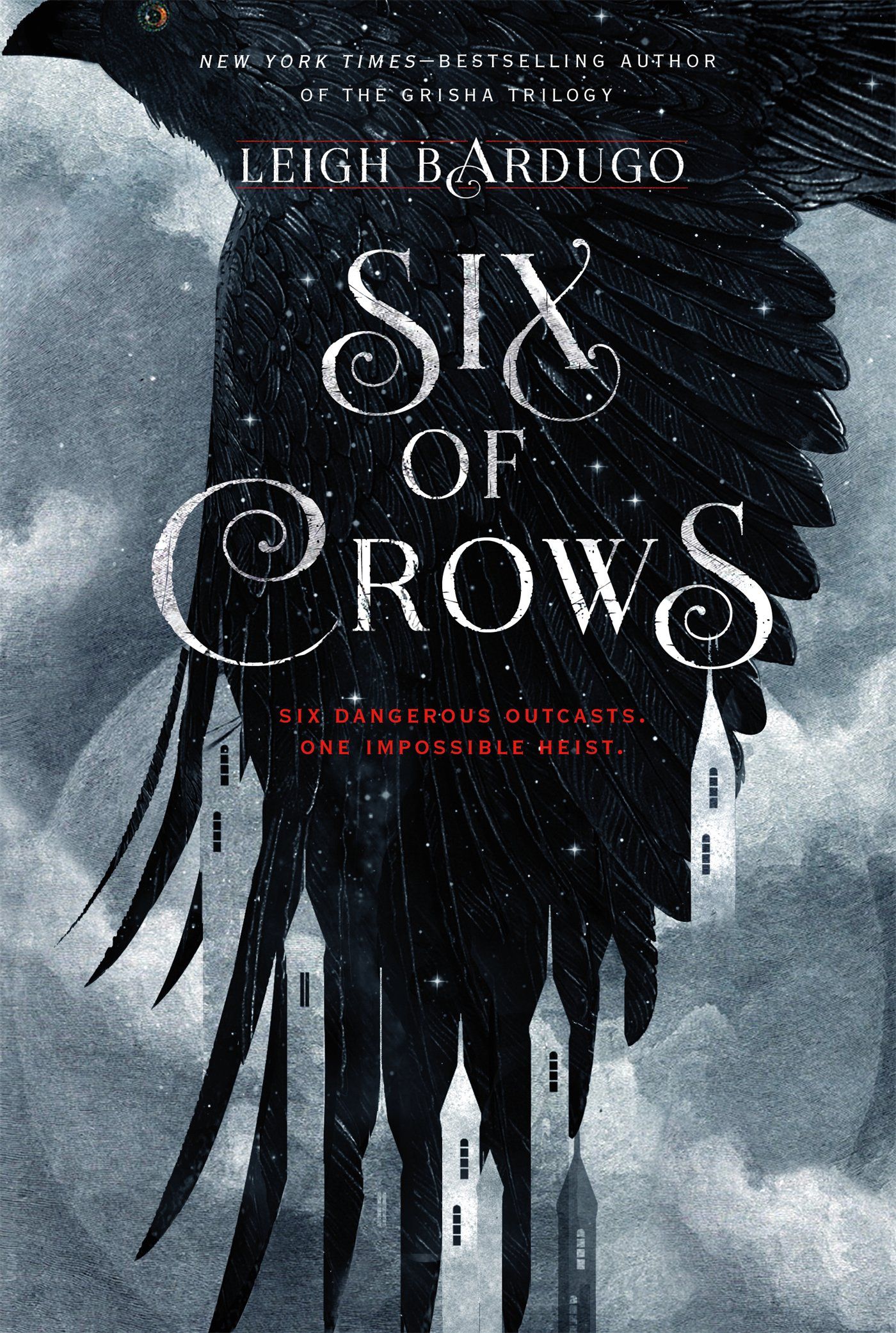 Six of Crows by Leigh Bardugo

If you’ve watched the Netflix Shadow and Bone series, you’ve already gotten a taste of this great heist novel that’s a great genre-blending fantasy book. Set in the same world, Kaz Brekker is given an impossible task for an astronomical reward. He gathers his crew of underworld misfits and embarks on a heist filled with twists and dangers and brilliant characters.

The House of Shattered Wings by Aliette De Bodard

Set in the rubble of Paris after a great war in Heaven, a shadow lurks in what remains of House Silverspires. Even as their leader, Morningstar, is missing and their magic is fading, an unlikely trio must band together to cast light on this shadow and protect the House from its downfall.

Harry Dresden is a wizard. He’s the only one in the Chicago phone book working as a private investigator. When the police discover a hideous double murder, they call in Harry, who finds foul black magic at work. Black magic means a black mage, and that mage knows Harry’s name. Magic meets mystery on the streets of modern-day Chicago.

Set on a distant planet in the far future, the Pernese have reverted to a pre-industrialization way of life. Lessa lives among the nobility as a serving girl, hiding in plain sight and waiting for the chance to take vengeance for her father. When Lessa comes across a dragon queen and an ancient threat returns, everything Lessa had planned changes. 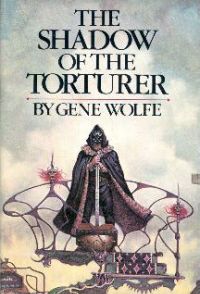 The Shadow of the Torturer by Gene Wolfe

Set on a far-future Earth (Urth) under a dying sun, this genre-blending fantasy book focuses on Severian, a young man of the torturer’s guild. He is exiled when he commits their highest sin: showing mercy. What follows is an adventure that spans the dying Earth, its politics, terrors, and Severian’s personal trials.

The Buried Giant by Kazuo Ishiguro

Kazuo Ishiguro has practically made a career off genre-blending novels, always with an award-winning literary pen. The Buried Giant is an Arthurian adventure. An aging couple set off from their humble lives in search of their long-estranged son. Sometimes quiet, sometimes terrible, and always emotional, Ishiguro brings a brilliant literary take to the stories of old.

Lincoln in the Bardo by George Saunders

George Saunders is a master of literary short stories. In his first novel, the life of Abraham Lincoln is examined after the American Civil War. The story is told by a chorus of ghosts, however, as Lincoln weeps in a cemetery over the death of his young son. The book is bold and experimental in form, journeying through historical, literary fiction by way of the supernatural.

For every genre of book you love, I guarantee you can find book that blends fantasy or science fiction or pretty much anything else. These are ten of my favorite genre-blending fantasy books. What are yours?