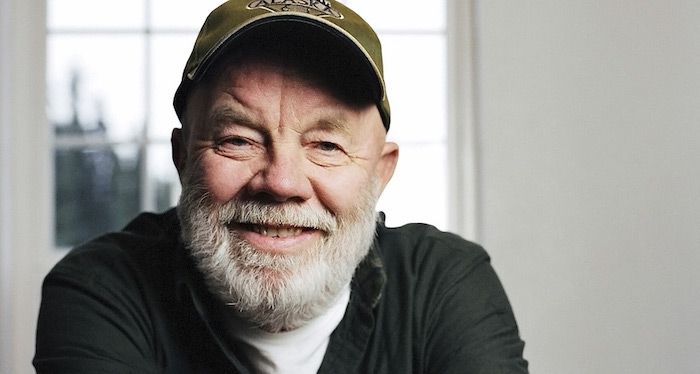 Gary Paulsen, a central figure in young adult fiction, winner of three Newberry Medals, and winner of a Margaret Edwards Award, among other honors, passed away on October 13, 2021, in the morning. Publisher’s Weekly confirmed it later that afternoon in a tweet, although the cause of death is yet unknown.

His books were a fixture in my mother’s school library, the books in constant rotation as kids who patiently waited for them to be returned picked them up almost as soon as they hit the shelf. The covers of his books were always among the most well worn, any paperbacks loved to velvet softness around the edges. I can’t count the number of times I sat through a book report presentation of Hatchet.

Of course, Hatchet and the subsequent books in the series are not Paulsen’s only books. The man was a prolific writer, writing over 200 books, all of them centered around the wilderness, adventure, and how to survive. He drew from his own experience in the wild (he even competed in a sled dog race in 1983!!!) and wrote two memoirs about his experiences sled dog racing: Woodsong and Winterdance, the latter of which was the inspiration for the 2002 Disney film Snow Dogs.

Those are not his only autobiographical works though, as he wrote numerous books about his life, illustrating just where his understanding of the wilderness came from. In fact, he lays much of that out in Guts: The True Stories of Hatchet and the Brian Books. Paulsen was born in 1939, and needless to say, his childhood was more than difficult. A lot of it caused him to be self-reliant at a young age, an experience that echoed through his writing later. But, according to his book Eastern Sun, Western Moon: An Autobiographical Odyssey, he wasn’t that great in his literature classes, really struggling with them in elementary school. But this means that the love he later showed for books and the appreciation he had for them holds that much more meaning.

Gary Paulsen was famously of the Luddite persuasion, hating most anything technology related, although he did say TVs were at least fun to shoot. He chose to live in relative poverty with his wife in New Mexico, avoiding towns as much as he could, saying that was the only way he could think clearly. He claimed to not be a fan of the human species, with the only exception being children, the group he loved to write for the most. Hand a reluctant child reader a Gary Paulsen book, and you’ll have a new convert to reading and a life changed. Gary Paulsen kept writing for children up until the very end: his last book How to Train Your Dad was published last month, September 2021.

Name the book that made the biggest impression on you. I bet you read it before you hit puberty. In the time I’ve got left, I intend to write artistic books – for kids – because they’re still open to new ideas.

Gary Paulsen, from the NYT article “On the Road and Between the Pages, an Author Is Restless for Adventure”

After the announcement of his death, fans of his works immediately took to the internet, writing mini eulogies of their own, mourning a public figure, who was important to the childhood of so many, the way we only know how: communally. Fans shared stories of reading his books growing up, and how they shared them with their kids when that time came; how he fostered a love of the outdoors for others; how even more learned so much about survival, lessons they will never forget, from his stories. There were even a couple with stories from readers about how they started sled dog racing because of him and his books. I like to think he would have enjoyed that bit, even if it came to him over the internet.

Gary Paulsen is a voice that will be missed. May his memory forever be a blessing, and as we collectively mourn and remember a man that shaped many a reader I will leave you with this quote, a reminder that he appreciated us as much as we appreciated him:

If books could have more, give more, be more, show more, they would still need readers who bring to them sound and smell and light and all the rest that can’t be in books.
The book needs you.