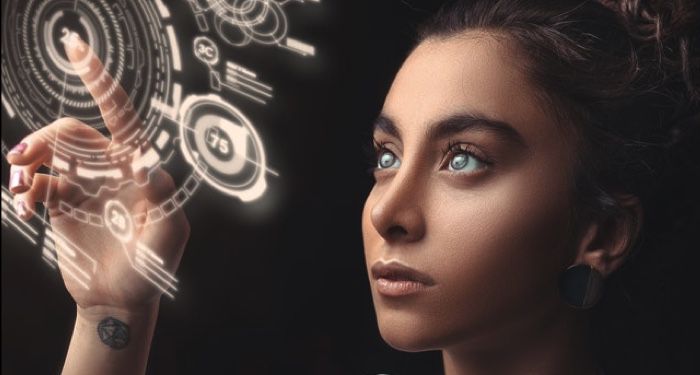 Science fiction is rooted in the exploration of what humans could accomplish without the pesky rules of physics or morality. It can serve as the proverbial “canary in the coal mine” for many of us as we consider what the future will bring; in science fiction, we play out dystopias, space exploration, radical governmental shifts, and — possibly the most depressing — an unbelievably bleak gastronomic horizon.

What is in store for us, readers of the future? While television and movies love to suggest that rehydration will be the savior of tasty treats, sci-fi on the page suggests something even less appetizing, if that’s possible.

Any space travel story has to deal with the reality that humans require food: a lot of it, in a wide variety of forms and textures. Thus we come to one of the least exciting things about science fiction: what I think of as the “Grey Gunge.” It’s basically gloop; the tasteless, gelatinous conglomeration of protein, fat, and carbohydrates that space travelers seem to “eat” regularly in order to retain a basic ability to function. Almost all space-related novels touch on this; the foods you and I enjoy on a daily basis are both heavy and prone to spoil, and therefore come at a premium. It’s eerily similar to pre–Industrial Revolution diets, in fact: lower class people eat the nutritionally balanced equivalent of oatmeal — anything else can be prohibitively costly — while only the rich eat “real” food. This is part of my least favorite reveal in Snowpiercer, where (slight spoiler warning) we discover to this author’s utter horror that their Grey Gunge is basically Jell-o made up of the ubiquitous cockroach — full of protein and easy to cultivate. Those in the forward cars, of course, are feasting on “real” food.

In N.K. Jemisin’s Broken Earth trilogy, as in many dystopian futures, meat is at a premium. Until recently, meat has always been a premium foodstuff in human diets. A major theme in science fiction is that if the means of production are once again only available to the rich, what would a diet look like? Largely hard-scrabble and vegetarian, it turns out.

In Mary Doria Russell’s The Sparrow, the titular ship has a greenhouse aboard, as do many of the huge ships and stations in The Expanse. These greenhouses are an enclosed system designed to use waste to help grow food. It seems unlikely until we recall that Earth is an enclosed system writ large; all the water on this planet has been here since the beginning, which is my diplomatic way of reminding you that you’re brushing your teeth with dinosaur pee. Filtered, of course.

In these economically dystopian worlds, no one seems to talk about the fact that teeth are a marvel of engineering, and that if people don’t chew on solid foods regularly, they tend to fall out. Perhaps The Future has figured out how to avoid that? And if so, would we all be willing to eat Grey Gunge forever to avoid going to the dentist? Dear reader, this is the kind of hard-hitting philosophical question that I hope you have come to expect from me.

Planet-based science fiction allows the gourmand a little more to work with. Given appropriate soil, seasons, atmosphere, and time, the traveler can grow foods approximating those one would find on Earth. In the 1990s, those of us who were Pern-obsessed learned that many of the foods the Pernese ate after Dragonsdawn were Terran crops, genetically modified to grown on an alien planet. Score one for GMOs: safe to eat even on a whole different planet.

If you are lucky enough to come from a culture in which oatmeal is not a staple food, your future meals should at least come with an array of spices. Nnedi Okorafor’s Akata Witch series is chock-full of mouth-watering descriptions of joloff rice, peppery sauces, and stews, all of which I would like to eat this very moment.

It’s 2022. As everyone is painfully aware, we do not yet have flying cars, robot maids, or whale busses. What we do have is the internet (lolsob), Bluetooth, Dippin’ Dots, and the constant threat of nuclear warfare. We also have unprecedented access to food due to globalization, at least until housing prices get so high that only the uber rich can afford to live on Earth and we must take to the stars. When that happens, I hope that we as a species can come up with something other than Grey Gunge.