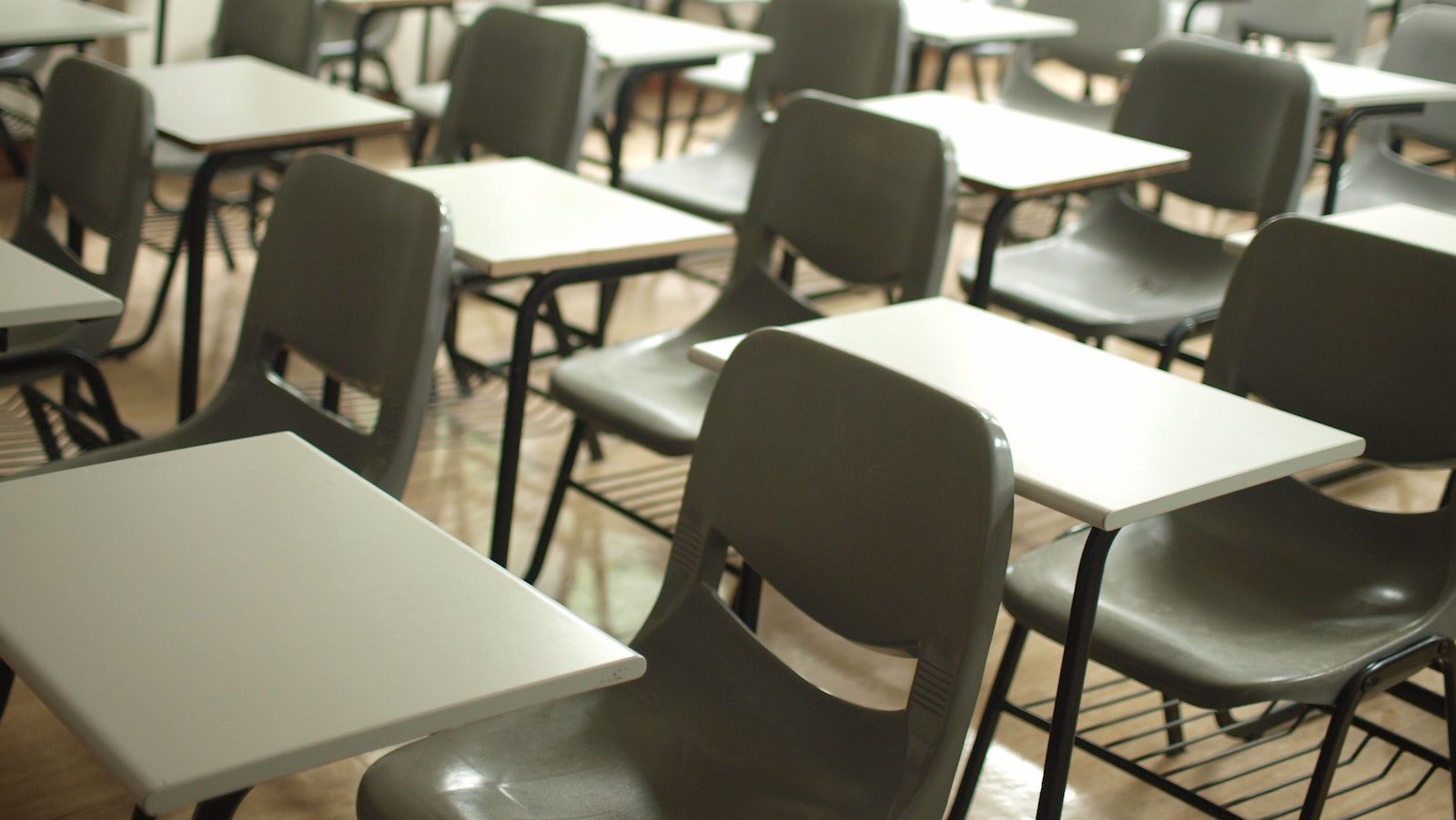 On March 28, Florida Governor Ron DeSantis signed into law House Bill 1557, a bill called “Parental Rights in Education” by its supporters and the “Don’t Say Gay” bill by its detractors. It states:

Classroom instruction by school personnel or third parties on sexual orientation or gender identity may not occur in kindergarten through grade 3 or in a manner that is not age appropriate or developmentally appropriate for students in accordance with state standards.

If parents feel this law is being violated, they can sue the school district at the district’s expense. DeSantis stated that the bill “will make sure that parents can send their kids to school to get an education, not an indoctrination.”

Just two days later, Kaplan Hecker & Fink LLP and the National Center for Lesbian Rights filed a lawsuit on behalf students, parents, a teacher, and the LGBTQ rights group Equality Florida. (The full 80 page PDF of the lawsuit is available on the Kaplan Hecker & Fink LLP website.) Many news outlets are referring to this as the “first” lawsuit against the bill, with more assumed to follow.

The National Center for Lesbian Rights statement says that the plaintiffs “face, and have already suffered, concrete harms as a result of this blatantly unconstitutional law.”

The lawsuit states, “This effort to control young minds through state censorship — and to demean LGBTQ lives by denying their reality — is a grave abuse of power.”

One of the main criticisms of House Bill 1557 is the vague language used that can cause teachers to not know what could fall under prohibited instruction. The lawsuit claims it recruits parents to be “roving censors,” suing for any perceived infraction.

Some of the scenarios brought up in the lawsuit that are currently in a grey area concern the place of LGBTQ books in schools, including school libraries: “Does a school librarian have to remove every book with LGBTQ characters or references?” Can a book with a queer side character be taught?

Other questions are about LGBTQ students and teachers: how can a teacher respond to homophobic bullying? Can a gay teacher mention his husband? Can history classes include lessons on the gay rights movement?

The lawsuit goes on:

Right now, the law requires school districts to enforce standards that do not exist: they are not required to adopt “state standards” until a year after the law goes into effect, but they can immediately be sued for perceived violations of these hypothetical standards.

As the lawsuit explains, this bill also assumes that straight is not a sexual orientation and cisgender people don’t have gender identities. After all, no one would sue a kindergarten teacher for reading “Cinderella” because Cinderella marries a man, which demonstrates a sexual orientation. No one will protest teachers using cisgender students’ pronouns as being related to gender identity. In fact, if a kindergarten teacher has an English class and taught that girls should be called “she” and “her,” it’s unlikely this teacher would be sued — although this is teaching a specific viewpoint about gender identity.

Aside from the specifics of the law, it also is a clear statement to LGBTQ students that they are seen as inappropriate and that discrimination against them is not only acceptable, but necessary to protect other students. This joins many other recent state laws that target trans and other LGBTQ students.

The ACLU released a statement saying, “This law is discriminatory and will directly harm Florida’s students and teachers, who have a right to receive information at school free of political censorship. In a time of escalating attacks on trans youth across the nation, we need more inclusive education, not less.”

The chief executive officer of Family Equality, Stacey Stevenson, said, “One in four children with LGBTQ+ parents already report feeling unsafe in school and this harmful law will make thousands of children and families in Florida potentially even more vulnerable to bullying and mistreatment in the classroom. We are nothing to be ashamed of, and our existence cannot be erased.”

The lawsuit includes personal stories from LGBTQ parents and students who have been affected by this law. One parent of a trans 5th grader said, “I am frightened that this new law will prevent my daughter’s teachers from protecting her from bullying at school. All I want is for my daughter to be able to learn in a safe environment like any other student.”

Dan and Brent VanTice, parents of two 1st grade students, said their kids have told them that they are afraid to talk about their family at school: “We are heartbroken that our children are already feeling isolated and stigmatized by this law.”

An 18-year-old student shared, “My school has been a safe environment where I have been able to express my identity. I would not have been able to learn and thrive without that support. My teachers have already told me that they will no longer be able to have some of the classroom discussions that helped me feel accepted in school.”

These laws, even before they are passed, have an immediate effect on queer and trans youth. In 2017, when President Donald Trump tweeted about banning transgender service members and the Texas anti-trans “bathroom bill” was announced, The Trevor Project, an LGBTQ crisis intervention helpline, saw the amount of calls from trans youth more than double.

President of the Florida Education Association union Andrew Spar says this law is politically motivated, because elementary schools already don’t teach these subjects and follow state curriculum standards that dictate what is covered in classroom lessons. As the lawsuit puts it:

“The goal of H.B. 1557 is not to ensure that instruction on human sexuality is age-appropriate: Florida law already does that by requiring that teachers who address “human sexuality” must “[p]rovide instruction and material that is appropriate for the grade and age of the student.” Moreover, efforts to narrow H.B. 1557 to apply to instruction about sexuality or sex acts were repeatedly shot down in the Legislature. So too were efforts to clarify that the law prohibits discussion of any sexual orientation and gender identity, not just discussion of LGBTQ identities and issues.”

President Joe Biden as well as official White House responses have called this a “hateful” bill that is an “attack” on LGBTQI students and families. Even fellow Republicans have spoken out against the bill: Republican Gov. Larry Hogan called it “absurd” and it said it wouldn’t have passed in his home state of Maryland.

Unfortunately, the judge assigned to this case will make it an uphill battle to win. The judge is a Trump appointee, U.S. District Judge Allen Winsor. He is “best known for defending Florida’s defunct ban on same-sex marriage.” In 2014, he claimed that same-sex marriage would threaten “family continuity and stability” and “responsible procreation and childrearing,” because “heterosexual couples are the only couples who can produce biological offspring.” His arguments were dismissed by U.S. District Judge Robert Hinkle as “an obvious pretext for discrimination.”

These past two years have seen a tidal wave of attempts to ban LGBTQ books from schools, and this bill will only encourage more of them. The threat of school districts being sued will pressure teachers to cut any mention of queer people from their lessons (in any grade, because who’s to say what a parent will consider “age appropriate”?), pull books with LGBTQ or gender-nonconforming characters off their classroom library shelves, and avoid teaching any books that mention LGBTQ people at all.

School librarians will face an enormous amount of pressure to purge their shelves of LGBTQ books as well as books that mention queer people or gender identity at all. For an idea of how far this can reach, consider that Pugdog by Andrea U’Ren was included on a Texas lawmaker Matt Krause’s list of inappropriate books because it is about a female dog who isn’t “girly.” School librarians will be forced to weigh the chances that any book they bring in may attract a lawsuit — because “classroom instruction” isn’t defined, and districts will likely err on the side of caution.

This is censorship that represents an enormous step back in progress. It’s only been in recent decades that it’s become more common for teachers to feel safe mentioning their same-sex spouse or putting a rainbow “safe space” sticker on their door, and those small hard-won victories threaten to disappear under this law.

If you would like to learn how to fight back against book bans and censorship like this, check out Book Riot’s anti-censorship tool kit.