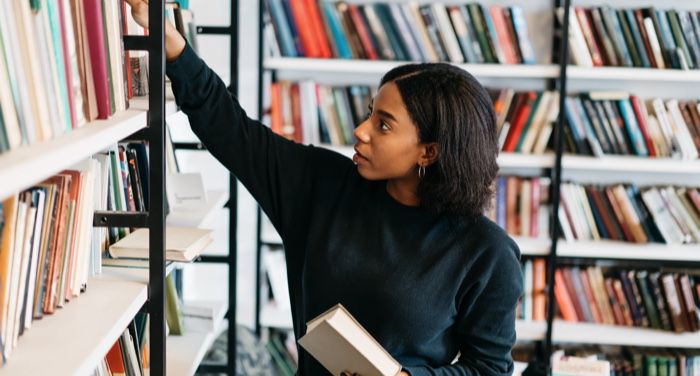 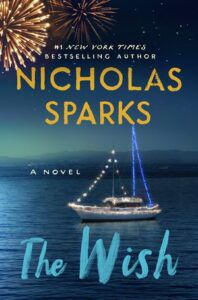 From the author of The Notebook and The Return comes a novel about the enduring legacy of first love and the decisions that haunt us forever. Renowned travel photographer Maggie Dawes is unexpectedly grounded over Christmas, struggling to come to terms with a sobering medical diagnosis. Increasingly dependent on a young assistant, she finds herself becoming close to him. And as they count down the last days of the season together, she begins to tell him the story of another Christmas, decades earlier—and the love that set her on a course she never could have imagined.

Librarianship and library work is currently a mostly female profession, and has been so throughout much of library history. According to an Oxford University Press study, 83% of librarians working in the U.S. today are women; indeed, the only point at which male librarians were the majority was in the 1880s, where men just tipped the scales at 52% of the librarian workforce. The stereotype of the stern or sexy female librarian is common, and while there are some well-known fictional male librarians (Lucien from the Sandman comics, The Librarian from the Discworld series…who is a male orangutan rather than a human man, but I think he still counts), many are female: Batman‘s Barbara Gordon, Lirael in her eponymous novel, and Marian Ashcroft in Beautiful Creatures, among others.

The association of women with librarianship and library work has developed alongside, and intersected with, wider feminist discussions on the roles of women in society and questions of equal pay and employment rights. Stereotypes around librarians have been impacted by stereotypes about womanhood and femininity; at the same time, women librarians and library workers have been important, but underrated, figures in the fight for equality. A close look at feminist and library history shows just how intertwined the two fields are.

When discussing women librarians in America in the late 19th and early 20th century in her essay “The History, Progression, and Issues of Women Librarians,” Annie L. Downey dissects the idea of the True Woman, a role conforming to stereotypes of femininity, and argues that “white, educated, middle-class women were expected to find work that would still allow them to be True Women. Librarianship was promoted as a perfect career for the True Woman, because it would allow her to use her natural qualities of purity, submissiveness, domesticity, and nurturance.”

The “True Woman,” a stereotype rooted in passive femininity and patriarchal concepts of respectability, meant that women librarians were seen as productive members of capitalist society that nonetheless remained non-threatening to patriarchy; a woman librarian would never out-earn her male counterpart, or any other middle-class man that she might one day marry. Downey continues by noting that “library planners were open to hiring women for these jobs because, in addition to their belief that women were suited for work within the walls of the library, they also knew that they could hire them for much lower salaries,” something that continued throughout the 20th century, as feminist women librarians fighting for better employment rights would discover decades later.

“We may think [women’s library] activism began in the 1970s. Some may assume it began during the Progressive Era of the 1920s. But, in fact, this advocacy is documented at least as early as 1892, thanks to a wonderfully prescient article in the August 1892 Library Journal that describes a ‘woman’s meeting’ at the 14th ALA conference in Lakewood, New Jersey, likely motivated by the work already underway for the Woman’s Building Library.”

Pritchard discusses how even at this early stage of feminist activism, women librarians were agitating for equal pay in line with that of their male colleagues, as well as involving themselves in feminist publishing and employment rights activism. While efforts to secure equal pay and equal respect did not gain much ground until the era of second-wave feminism (and true success has not yet been achieved, as anyone who has been paying attention to recent statistics on the wage gap can confirm), the foundations were laid by these early women librarians, who defied the stereotype of the True Woman to pursue greater independence and demand equal respect for their work.

Women in Libraries looked at the fact that “the rights of women as employees in the profession and as library users were not being given proper attention,” and continued the work begun by earlier women librarians by attempting to address the imbalance that led to “women’s wages in [librarianship remaining] lower than those of both their male colleagues and women in other professions.” During its active years, Women in Libraries worked on “collecting and disseminating information relevant to the personal development of women in libraries and the profession…to provide advice to library workers of either sex who felt they had been subject to sexual discrimination; and to promote the involvement of women in the Library Association.”

“Unfortunately, while those working within librarianship clearly understand the high levels of education…and the many other qualities required of them to perform their jobs satisfactorily, the majority of the public is still unaware…librarians are still vastly underpaid for the jobs they perform. Scholars and researchers believe the reason for these injustices lies in the very fact that it is a woman-dominated profession.”

The role of libraries, and the complex and skilled nature of library work, is already undervalued in society; sexism means that the work of women librarians is doubly underrated. To this day, women librarians are dealing with the systemic undervaluing of their work and the resulting lack of financial reward; as Erin Schreiner explains in her essay “Librarians and the Gender Pay Gap,” this is compounded by further barriers, including systemic racism and the cost of tuition that prices out people from economically disadvantaged backgrounds.

While fighting for equal pay and recognition is important, it is not the only place at which women’s library history and feminist activism intersect. There are many dedicated feminist libraries throughout the world, documenting and archiving feminist and women’s history; M. Lynx Qualey gives a run-down of eight of the greatest feminist libraries around the world that are carrying out this important work. One of these libraries, The Feminist Library in London, is committed not only to documenting women’s history, but to creating a feminist future; it provides a community space, runs workshops, publishes zines, and supports feminist scholars and organisers. Full disclosure, I’m a regular donor to this particular library, and while I’m not based in London, I love being part of their online feminist engagement, and I’m so happy that the feminist librarians of today are continuing the work of their foremothers in organising, engaging, and working for positive change.

To learn about more groundbreaking library work, check out What Are The Library Freedom Project and Abolitionist Library Association? If you want to find out more about libraries and women’s history, read 7 US Libraries and Collections Named After Trailblazing Women.