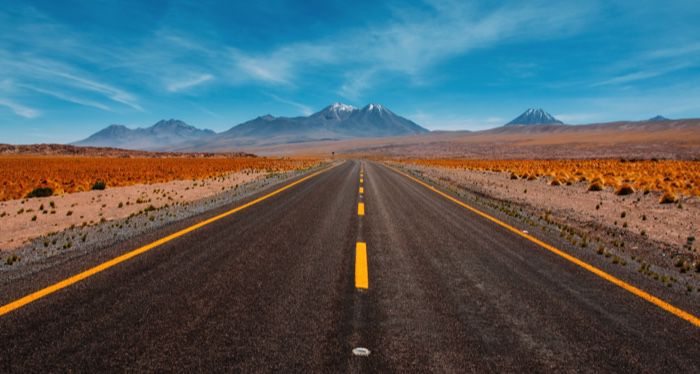 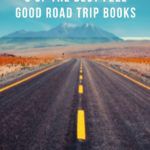 Depending on the person, a road trip can either be a special purgatory of its own or the greatest adventure one can embark upon. I am in this latter category of people: I love road trips. My first solo road trip from Chicago, Illinois, to Vernal, Utah, changed my life. I discovered who I was and what I was capable of while driving down scenic byways, through tiny towns with delightful oddities (like the world’s largest Czech egg tucked away in Wilson, Kansas), staying in motels that reeked so bad of Pine-Sol I was convinced they’d disposed a body before I checked in, and driving through mountains for the first time in my life (reader, I cried.) In short, road trips can be magical journeys of self discovery where you can bear witness to the breathtaking landscape of the world around you. But even if you can’t go on a road trip right now, you can join characters from these nine feel-good road trip books on their adventures, and feel like you’re right in the car with them.

Sixteen-year-old Cameron is going to die. Getting diagnosed with mad cow disease was not part of the plan, but here he is…until an angel arrives to tell him otherwise. Angel? Or hallucination? He doesn’t know, but Dulcie the angel does promise him that a cure exists—he just has to go find it. Cam sets off on a road trip with a gamer friend and a yard gnome to find some answers and figure out what’s real—and what really matters.

The Wangs vs. the World by Jade Chang

Charles Wang had it all before the financial crisis. Then, the cosmetics empire that made him a wealthy man is ruined and he loses everything. The only thing he can do now is collect his children and return to China to reclaim his family’s ancestral lands. Gathering his children together, however, is no small feat. Charles and his wife leave their foreclosed Bel Air residence with their aspiring comedian son Andrew and fashionista daughter Grace, and trek across the country to hide away in their eldest daughter’s upstate New York home until Charles can figure out how to keep his family together and rebuild their lives—whether that’s in the States or in China.

Tomato Rodriguez and Magdalena Perez are revving up their motorcycles for an ocean-to-ocean road trip, tearing down highways, fueling up at truck stops, and learning life lessons along the way. Filled with beautiful and clever illustrations to paint the trip’s path along the pages, this fun and funny journey is everything you’ve ever wanted out of a road trip.

America for Beginners by Leah Franqui

Pival Sengupta hasn’t seen her son Rahi in a year—not since he came out to his parents, left home, and her husband informed her that Rahi is dead. Refusing to believe him, Pival travels from Kolkota to New York, then embarks on a cross-country trip with a tour company to California to find out the truth about her son. The tour company gives Pival a guide who has never left the five boroughs and has only been in America for a year himself, and an aspiring actress who’s along for the ride for modesty’s sake. As the trio makes their way to California, all three begin to see America in a new light, and Pival begins to better understand and accept her son.

Finn Easton’s heart broke when the first girl he ever loved up and moved away, leaving him floundering and restless and having no idea who he is or where he’s going. Until he and his best friend, the inimitable Cade Hernandez, hop in the car and head for their college of choice in Oklahoma. Where, naturally, an unexpected thing happens and now they’re unlikely heroes, which totally derails the entire trip and sets them on a course they didn’t see coming.

Mariam’s first year of college is in the books, and now the summer is spread out before her to spend with her best friends Ghazala and Umar. That is, until a scandalous photo of Ghazala shows up in a Times Square billboard, and Ghaz’s parents are furious. Determined to rescue Ghaz and salvage their summer, they pile into Umar’s car and hit the road, bound for New Orleans. Each pit stop, from roadside dinners to college drag parties to Muslim conventions, teaches the trio a little more about themselves, the world they live in, and what it means to choose the family that chooses you back.

Sometimes We Tell the Truth by Kim Zarins

A group of teenagers. A bus ride to Washington, D.C. A recipe for disaster for Jeff, who’s stuck sitting next the ex-best friend he hasn’t spoken to in years and feeling a heap of guilt for the prank he played on Mr. Bailey, the trip’s chaperone. But Mr. Bailey has plans of his own. Each person on the bus must tell a story, and whoever tells the best one gets an A in the class. This is a modern day Canterbury Tales retelling, dusted off and reimagined through the minds of teenagers on the road, determined to earn that A. 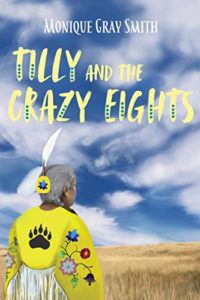 Tilly and the Crazy Eights by Monique Gray Smith

Tilly is given the opportunity to help fulfill a bucket list item for eight elders in her community: Drive them to Albuquerque for the Gathering of Nations Pow Wow. Tilly jumps in with both feet to escort the “Crazy Eights” to their destination, with pit stops along the way. Each of them gets to choose one place they’ve always wanted to see, which takes them through Vegas, the Redwood Forests, Sedona, and more areas of unfulfilled longing. Tilly forges friendships with her unlikely travel buddies, and the journey changes her in ways she couldn’t have imagined.

The Leisure Seeker by Michael Zadoorian

The Robinas have been together for 60 years. Now Ella has cancer and John has Alzheimer’s, and they are ready to have their last and biggest adventure yet. It’s time that they run away from their well meaning children, pack up the RV, and take off across the country using Route 66, to end their epic journey in Disneyland (because that’s exactly where you should end any road trip worth its salt). Ella and John are out to prove that there’s no expiration date on grand adventures, and prove it they do.