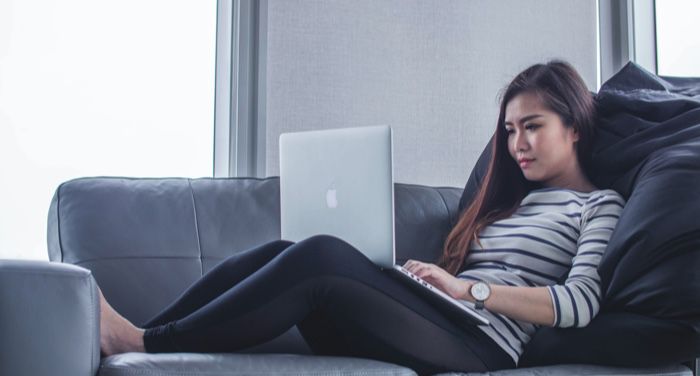 Obviously, this is a big claim to make. However, some fandoms lend themselves particularly well to reinvention by other people, whether that’s because of the vast array of characters or sheer depth of worldbuilding.

There are some brilliant Hunger Games fan fiction writers out there; despite nominally using the same characters, and often the same world as well, they produce works that would be almost completely unrecognisable as a derivation. Partly that’s because they usually slip in certain fan fiction tropes – ones I tend to like. For example, I enjoy reading about dark heroes, so all the fics where Peeta is now amoral are total catnip to me. Admittedly these works rely on one character having his entire personality transformed, to the extent that he’s not really the same person – which may be a dealbreaker if you want to read about fics that are truer to their originals. “OOC”, or “out of character”, is a common fan fiction tag denoting unexpected behaviour.

The same is true of Twilight. Unlike The Hunger Games, it’s not set in a fantasy world, and therefore fans are reliant more on character than setting when writing their own pieces. Fortunately, it has a sizeable cast, and I’ve read some imaginative recreations of what they’d say and do – as I explain below.

“What You Don’t Know” – Airplane

It’s become very clear to Eugene that Rapunzel has little to no understanding of amorous affection.

Okay, okay, hear me out. I am by no means saying that this fan fiction is better than Tangled, AKA the best film Disney has ever produced. Such a thing would clearly be impossible. What this fan fiction does do is fulfill a different niche, one the movie can’t: the adult post-epilogue lives of Flynn and Rapunzel. Naturally, having lived her entire life in a tower away from men, Rapunzel is conceived of as being ignorant about physical desire. Worldly Flynn is desperate to teach her, but also can’t risk scaring her away.

Katniss has never been very lucky in love or friendship. Her new friend in class and his romantic partner are determined to change her stance on both. But as friendships grow, Katniss struggles to navigate her complicated feelings for the pair.

“Do you even hear yourself?” he shouts, tearing at his hair. “This is Katniss. Not a plaything.”

Remember how I said I especially love dark!Peeta romances? Well, here’s one of the best (if not the best). It’s an AU where Peeta ends up married to Madge, but both are in love with Katniss – whom they’ve decided to keep as their toy. Guilt wars with desire inside a deeply tortured Peeta. Guess which one wins out…

When Katniss meets her friend’s older brother Peeta, she is immediately smitten with him. She’s only fresh out of high school, he’s a college senior, and she’s convinced he won’t even give her the time of day…until he does.

While I could have quite happily populated this entire article with MissHoneywell fan fiction, ATetheredMind is an excellent Hunger Games writer as well, who favours largely modern AUs. This one such AU, in which Peeta is Katniss’s best friend’s edgy, charming older brother.

“The Blessing and the Curse” – The Black Arrow

By pretending she is falling for Edward, Bella is fulfilling Esme’s dying wish. But sexy, possessive Edward can read her mind. Will she ever get into his? Can Bella forget the pain of her teenage years, and can she resist his relentless seduction?

The Black Arrow is the fan fiction pseudonym for bestselling romance novelist Sally Thorne, so it’s quite impressive she has (unlike many other published novelists) left up her old fan fiction. This is the classic case of a great writer who rejuvenates some tired source material. I have a lot of issues with Twilight, but Thorne takes an element with lots of potential (Edward’s telepathic ability) and threads it into a non-vampiric story. Though the writing is certainly rough around the edges, it’s quite compelling.

A ridiculous tale of accidental misdemeanors, felonies, past affairs and six kids on the run from life.

Ignore the terrible summary. This is a rollicking all-human AU fan fiction where Bella, having just witnessed Emmett, Jasper, and Edward rob a gas station, forces them to take her along with them so she can get a summer road trip. I love the characterisation here, which is far sharper than in the original.

Peeta Mellark won his games single-handedly at the age of 15. Six years later, he must act as mentor to Katniss Everdeen in the 74th Hunger Games, where they learn there is more than one type of game at play.

This was written by ATetheredMind FOR MissHoneywell — basically, an excellent combination of my two favourite Hunger Games author. Peeta here is tortured and angsty, struggling with survivors’ guilt over his own successful Games. The meeting with Katniss – whom he’s supposed to mentor – is explosive.

When Katniss is sent to prison for a crime she didn’t commit, she finds an unlikely ally in the form of Peeta Mellark, but he isn’t the boy she remembers from childhood.

Tragically, there’s still one chapter left of this story, but I have hope that it will be updated eventually! Featuring a sarcastic Peeta, turned dark from his time in a juvenile detention facility, and the innocent Katniss who’s thrown in with him.

For more about fan fiction, here’s a deep dive I did into some of the most popular ships around!