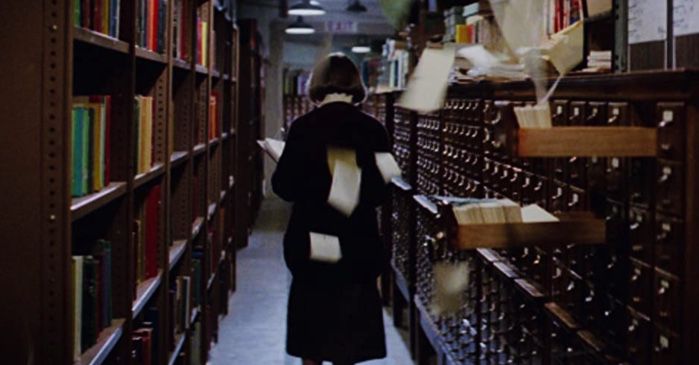 Uncomfortable Conversations with a Black Boy by Emmanuel Acho. 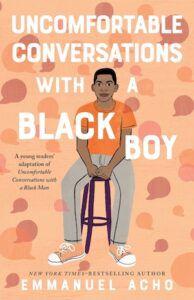 Essential reading for our youngest generation, aimed at opening a dialogue about systemic racism—inspired by the New York Times bestselling book Uncomfortable Conversations with a Black Man. Show young people they have the power to affect sweeping change.

Perhaps you, like me, are a bit of a library nerd and you heartily enjoy some bibliotourism. On top of that, maybe you are also a movie geek who digs learning about the inner workings of films and TV. Well, if so, do I have a list of cool libraries for you — these ten famous libraries are well-used as film sets. While you might not recognize the names of all these famous libraries, you’ve probably seen them in numerous movies and television shows.

The Senate House library is in Bloomsbury, a historical neighborhood for book nerds. Built between 1932 and 1937 and consisting of 19 floors, the library itself is on the fourth to the 18th floors, though only three of those are accessible to the public. If you are interested, read more about the architectural details in this post by Dan Hill. Additionally, Senate House is so iconic that it inspired George Orwell’s Ministry of Truth in 1984.

This branch of the New York Public Library is the main, flagship location, and it has been used in dozens of films and television shows. And, sure, yeah, all that is exciting but I’d argue that the biggest deal is its iconic façade in the opening credits of Mad About You.

The current location opened its doors in 1927, and the Mediterranean-style building has been seen on film many times since.

This incredibly beautiful library is part of the Strahov Monastery in Prague. Along with its resident beer-brewing monks, the building also houses a deeply impressive collection of paintings.

The Bodlein is the library of Oxford University and it looks like a dream. Split into five buildings near Broad Street in Oxford, it has been around in some form since the 14th century.

A large, busy public library in downtown Vancouver that covers an entire block, this is the system’s main branch. I’m a sometimes-employee of this branch, and have never quite gotten used to seeing it pop up on screen while I’m at home relaxing.

Finally, there are some honorary mentions for famous libraries in movies. So, while I didn’t find proof that these libraries were used regularly, they did show up on screen at least once or twice.

Fisher Fine Arts Library, Pennsylvania: Part of the Penn Libraries at the University of Pennsylvania, this was the location for Philadelphia’s library scenes.

The Library of Congress, Washington, D.C.: As the largest library in the world, the LOC is already iconic to most library fans. It is home to the U.S. Copyright Office, and an important research facility for the U.S. Congress. As if that weren’t enough, it’s in National Treasure (2004) and All The President’s Men (1976).

The Seward Park Branch of the New York Public Library, New York: Party Girl (1995)’s library scenes were filmed here — extra thrilling for me, as that’s my favorite library movie). Besides that, read more about the historic branch here.

In summary, libraries are beautiful and they make for great film sets. And, while I don’t recommend you watch everything mentioned (I will live my life without ever seeing Arachnophobia, personally), you should definitely try to watch some of these and see if you can spot the famous libraries.