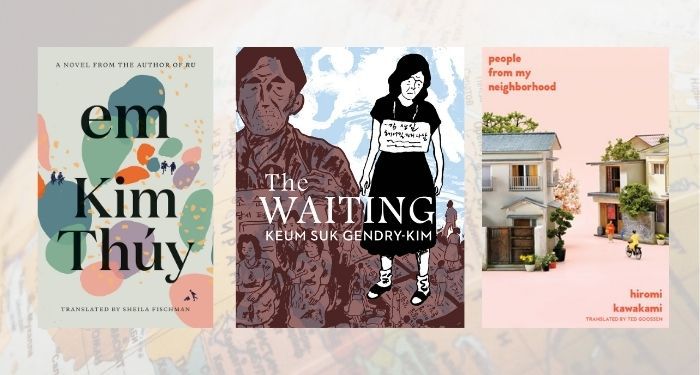 The mornings are crisp. The days are shorter. And the fall books are here! Autumn is always a busy time of year for books, with publishers releasing their big titles in the hope of capturing the interest of readers looking to settle in to the season with a good book or shopping for the holidays. But doesn’t this fall feel even more stacked with great new releases? I suspect a combination of factors — including shifting printer schedules because of the pandemic and publishers deciding not to publish their buzziest new books last fall because of the election — might have something to do with it, but regardless, I think it was always going to be a great season for new releases in translation.

While this season has something for everyone with exciting debuts, stunning poetry collections, and so much more, this season feels marked to me by new books from authors and translators known and loved by literature in translation readers, with new titles from Hiromi Kawakami, Fleur Jaeggy, Helene Tursten, and Keum Suk Gendry-Kim, and acclaimed translators like Margaret Jull Costa and Janet Hong. I’ve poured over the catalogs and galleys and highlighted just some of the best fall 2021 new releases in translation and because there’s just so much to choose from I’ve added notes for others you should seek out too! 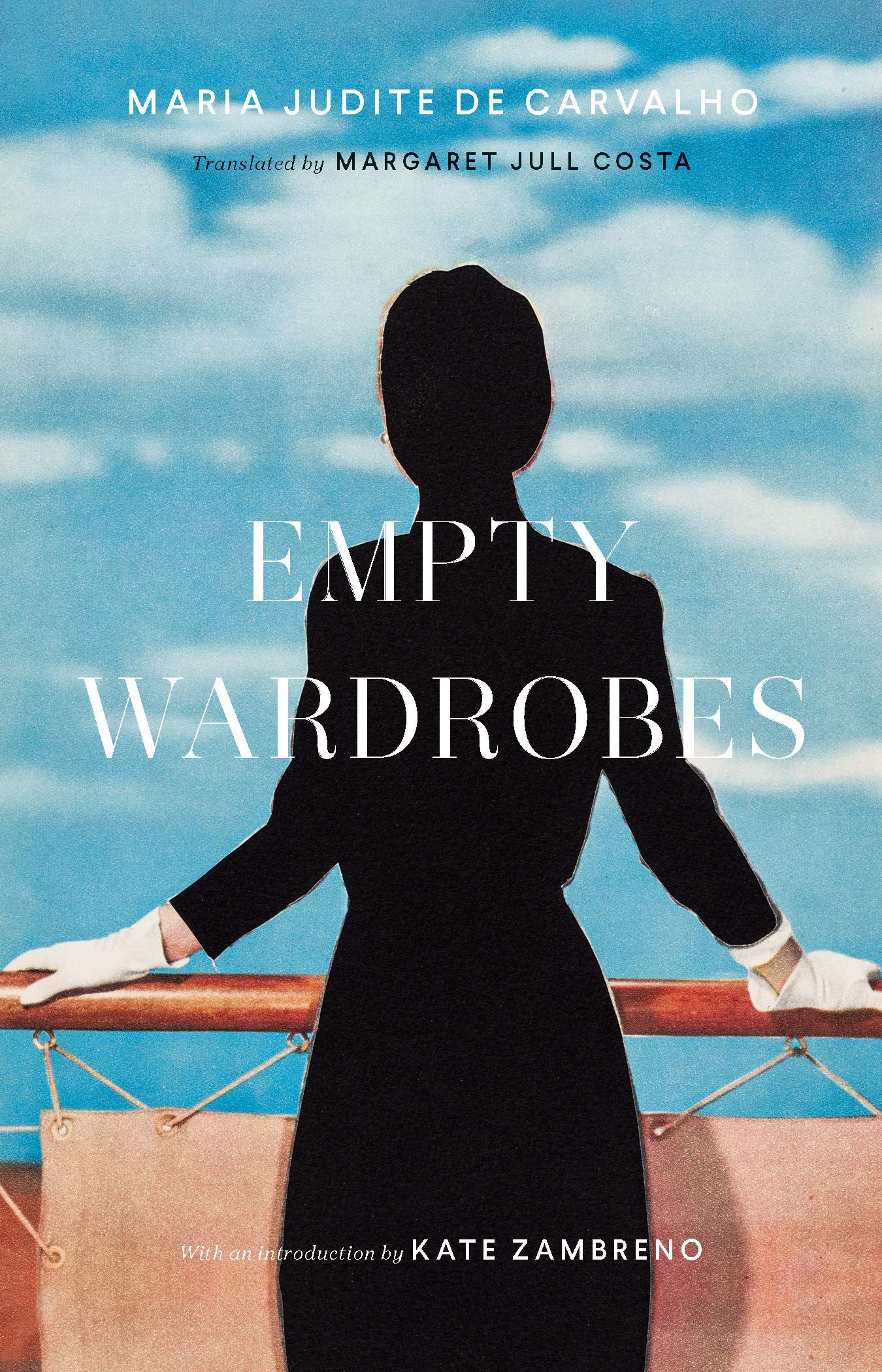 Maria Judite de Carvalho is considered one of Portugal’s most important writers and so it’s a cause for celebration to see her ferocious 1966 novel, Empty Wardrobes, translated into English for the first time by the incomparable Margaret Jull Costa. Empty Wardrobes is a novel of women’s consciousness, of the untold lives of women as they navigate a world shaped by and for men. In her staggeringly brilliant introduction Kate Zambreno writes, “I couldn’t believe this consciousness had finally been rendered in literature, the consciousness of so many women familiar yet unknowable, no longer muted, not saturated with sanctimony but alive, alive with rage transmuting disdain into hilarity by sheer force, alive with intense paroxysms of sadness.” As you read it, you might ask yourself, as I did, is that my heart in my throat or a scream that can’t get out?

And don’t miss Cuíer, a bilingual anthology of queer Brazilian writers and the newest addition to the Calico Series from Two Lines Press. 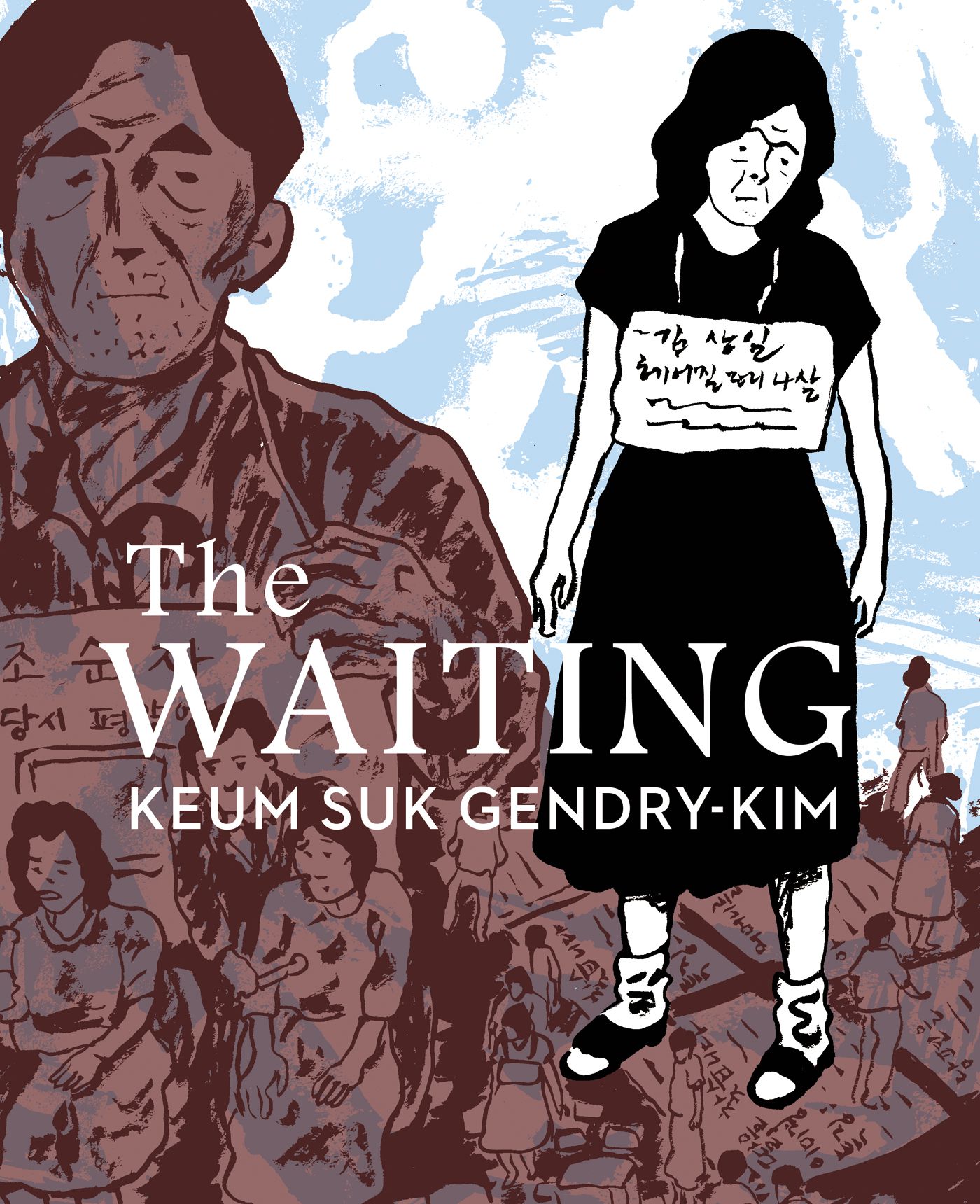 The Waiting by Keum Suk Gendry-Kim, Translated by Janet Hong

Inspired by her own family’s history and the accounts of other separated Korean families, Keum Suk Gendry-Kim has created another powerful story of colonization and war, and the ordinary people caught in their wake. Like its devastating predecessor, Grass, also translated by Janet Hong, The Waiting is composed of stark and evocative black and white illustrations. Janet Hong’s masterful translation captures every nuance of emotion, the pain and heartbreak of this history, the agony of hope, in language that is at once sharp and subtle. 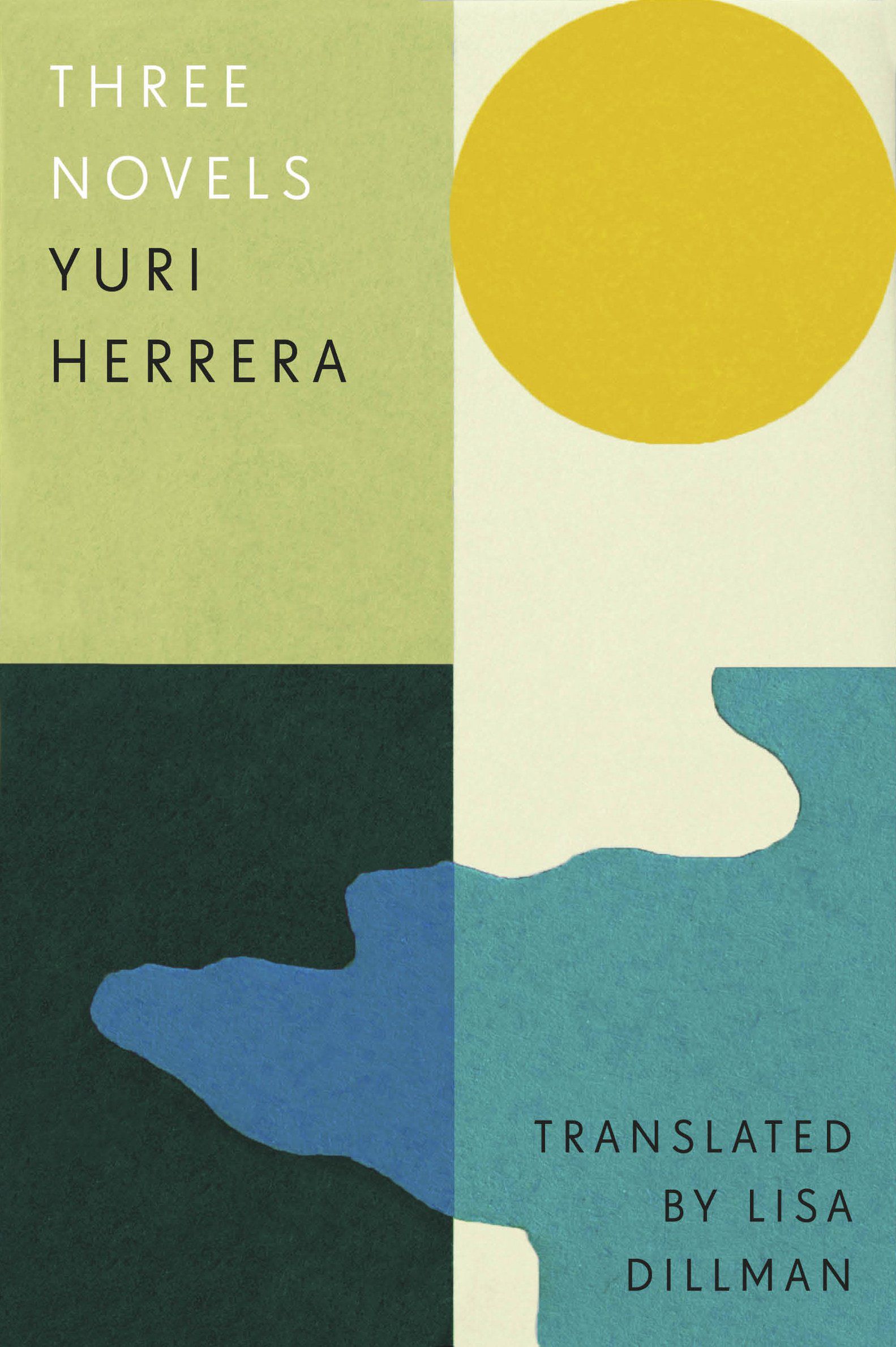 To celebrate their 10th anniversary season, acclaimed independent publisher And Other Stories has released this stunning new edition of the work of Yuri Herrera, as their 100th title. This volume brings together the three novels that have made Herrera one of the best loved and most revolutionary writers of the millennium: Kingdom Cons, Signs Preceding the End of the World, and The Transmigration of Bodies. Herrera’s novels of borders, migration, and violence are beyond anything that we might expect as they traverse into the realms of myth, epic, and fairytale. The translation and especially the notes from award-winning translator Lisa Dillman are a master class for translators, writers, and lovers of language alike. It’s clearer than ever in this collected volume — this is a staggering work of genius. 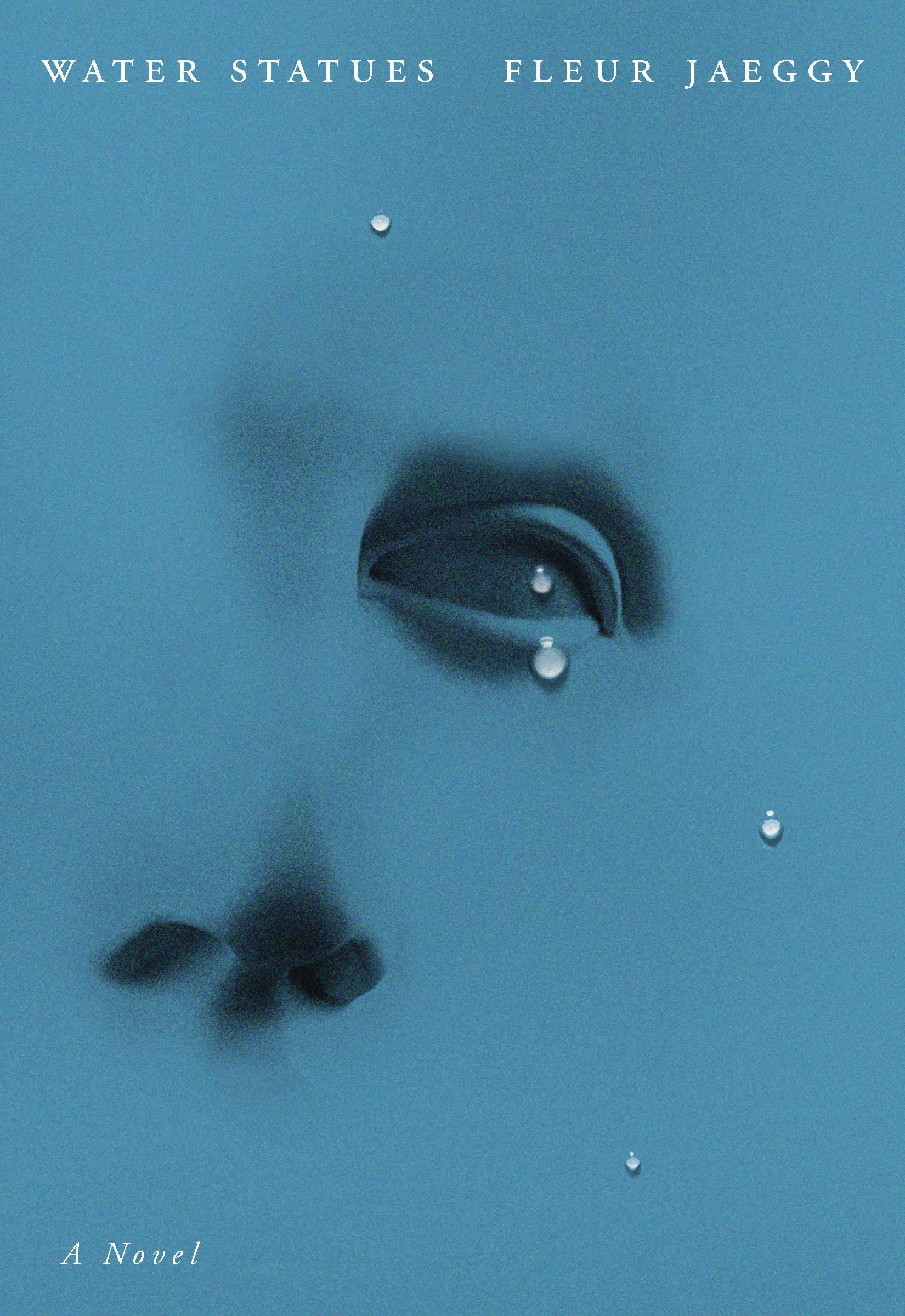 The Water Statues by Fleur Jaeggy, Translated by Gini Alhadeff

First published in 1980 and dedicated to Ingeborg Bachmann, The Water Statues is a strange and beguiling novella of family, wealth, and obsession told in fragments of narration and dialogue, set up at times almost like a play. An undeniable master of the short form, Fleur Jaeggy is known for her short, piercing, and yet still lush singular style and translator Gini Alhadeff has skillfully captured it, each word is so carefully chosen and each sentence, like “The eyes were flat as Alpine lakes that sweetly reflect celestial inequities” and “It is perhaps needless to say that they felt they had entered a dream, or a catastrophe, or simply a new life,” is dizzyingly beautiful. And be sure to read this rare interview with Jaeggy recently published in The New Yorker. 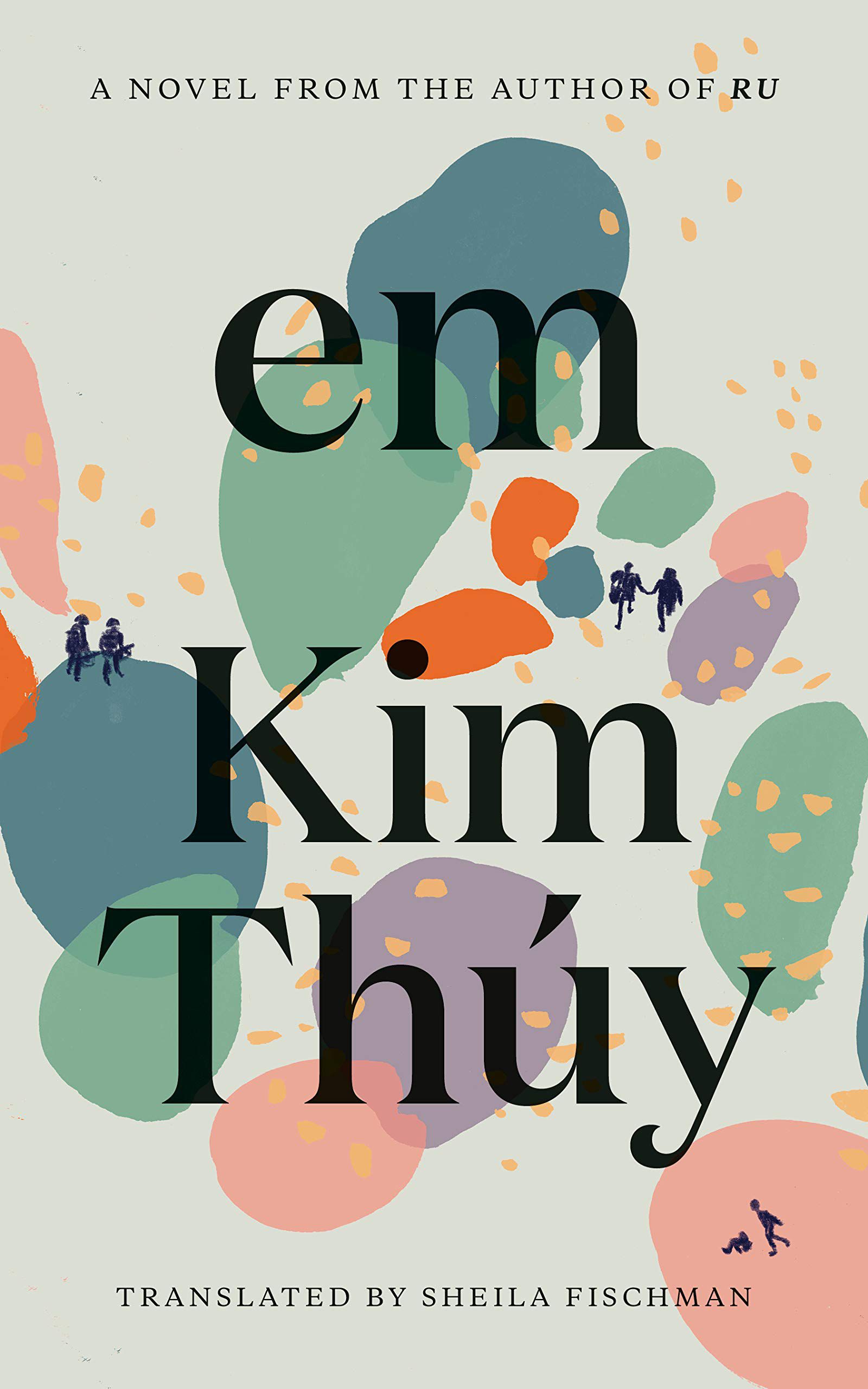 “The word em refers to the little brother or little sister in a family; or the younger of two friends; or the woman in a couple. I like to think the word em is the homonym of the verb aimer, “to love,” in French, in the imperative: aime.” From the award-winning and internationally bestselling author of Ru, Mãn, and Vi, comes Em, a powerful novel of war, trauma, and exile. In short vignettes, Thúy weaves the lives of linked characters as if they were threads, set against the backdrop of Vietnamese history, such as events like Operation Babylift and the Mỹ Lai massacre. There is a raw, unsettlingly beautiful quality to Sheila Fischman’s translation, her own magical intertwining of poetry and prose that sings with Thúy’s storytelling. I’d recommend this one to fans of The Mountains Sing by Nguyễn Phan Quế Mai and The Best We Could Do by Thi Bui. 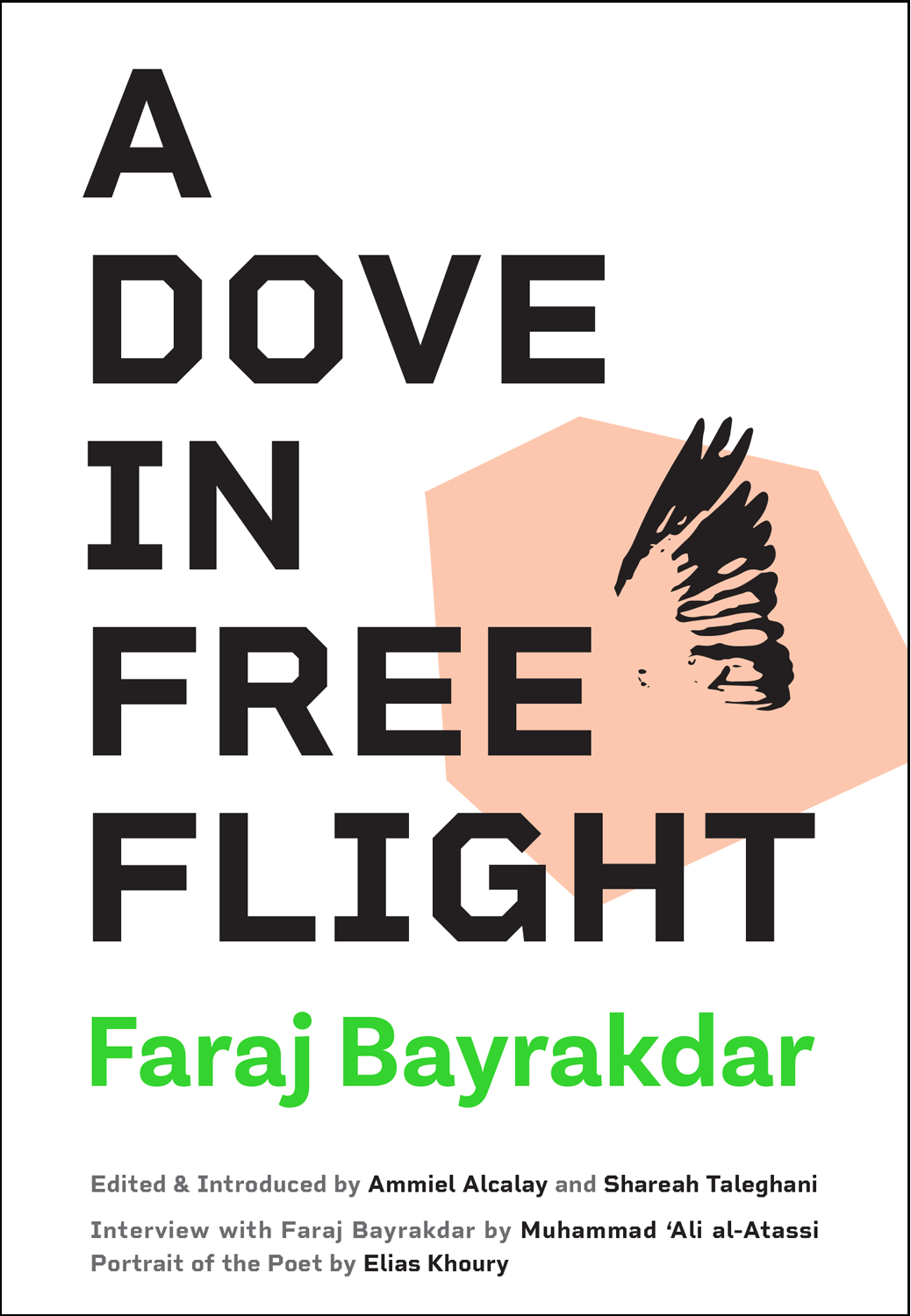 A Dove in Free Flight: Poems by Faraj Bayrakdar, Translated by the New York Translation Collective

“The freedom within us is more powerful than the prisons we are in.” And so begins Syrian poet and political dissident Faraj Bayrakdar’s beautiful and important testament to the power of language, of poetry more specifically. These poems were written during his long imprisonment, smuggled out of prison, and published by friends without his knowledge to mobilize international pressure for his release. The poems themselves are intimate and powerful, of love, despair, freedom, and memory — of the body and of the soul. They pulse with a bright clarity. This is not art for art’s sake but art for life’s sake in its truest sense. Also included in the book is the fascinating story behind the collection’s translation into English — in a post-9/11 New York City where a group of students in acclaimed writer Elias Khoury’s Arab Prison Literature course at NYU decided to collectively translate the poems — an introduction by editors Ammiel Alcalay and Shareah Taleghani, a “Portrait of the Poet” by Elias Khoury, and an interview with Bayrakdar after his release. 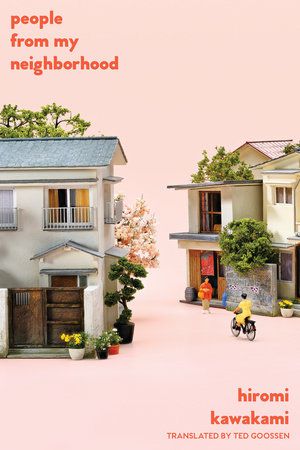 People From My Neighborhood by Hiromi Kawakami, Translated by Ted Goossen

It’s no secret I’m a big fan of award-winning and bestselling Japanese author Hiromi Kawakami. Her writing is intricate and deep, often beautifully subtle with a restlessness that I’m drawn to. This new collection of 26 short “palm of the hand” stories — fictions small enough to fit in the palm of one’s hand — is a perfect extension of all she does so well in her other books, like Strange Weather in Tokyo and its companion short novel Parade, both translated by Allison Markin Powell. It blends the mundane with the mysterious, it is both a story of everyday life and people, but — as is usually the case with Kawakami — there’s a strange, unusual element that’s endlessly fascinating. 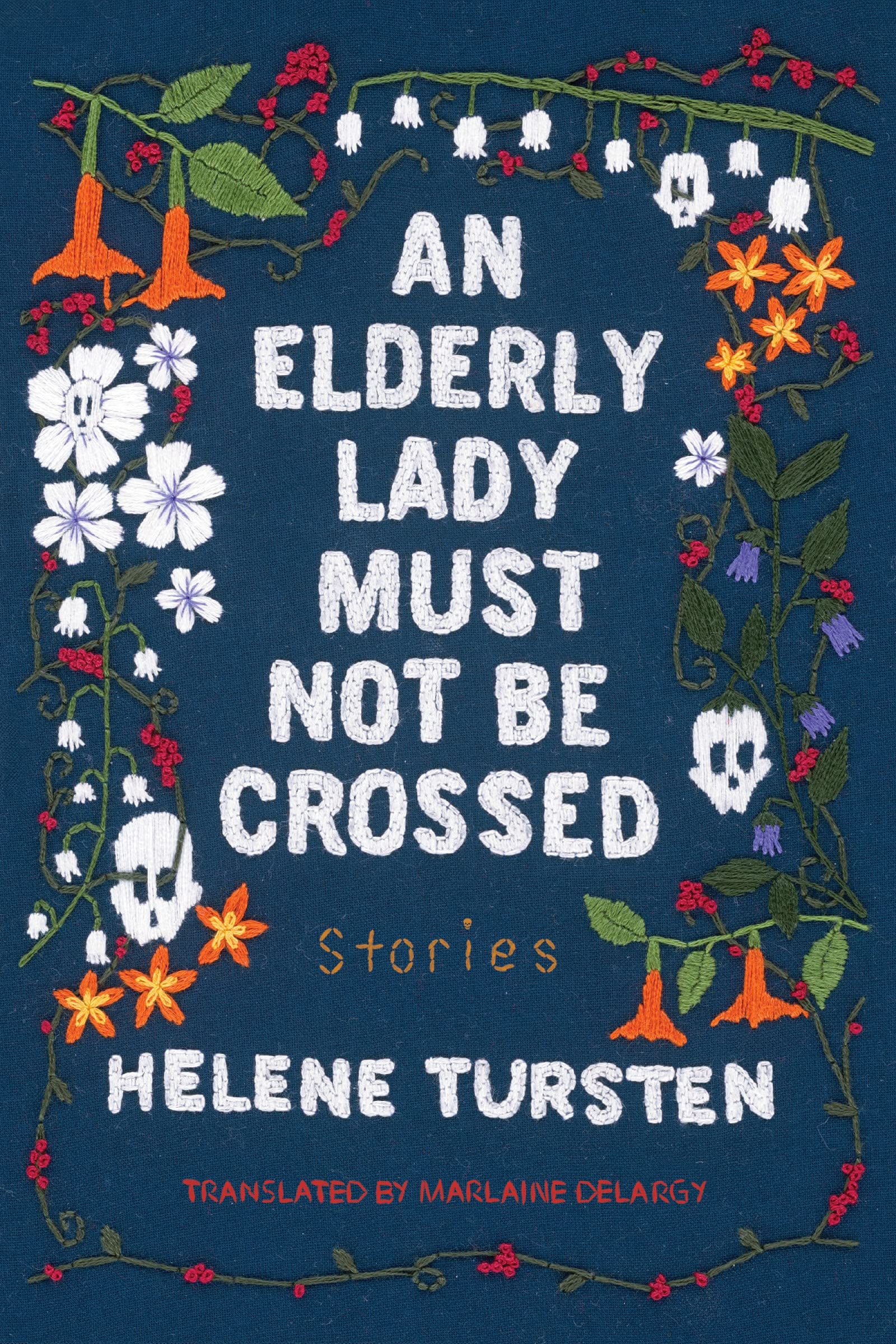 An Elderly Lady Must Not Be Crossed by Helene Tursten, Translated by Marlaine Delargy

Maud is back! Everyone’s favorite octegenarian muderer has returned for more delightful and sinister mayhem. In six irresistible interlocking stories, Maud journeys to Africa and revisits memories of past…let’s call them indiscretions. Marlaine Delargy captures all that is sharp and darkly funny in Helene Tursten’s clever social satire. Fans of Tursten will also enjoy spotting detectives Irene Huss and Embla Nyström from her two other series, both also set in Sweden. 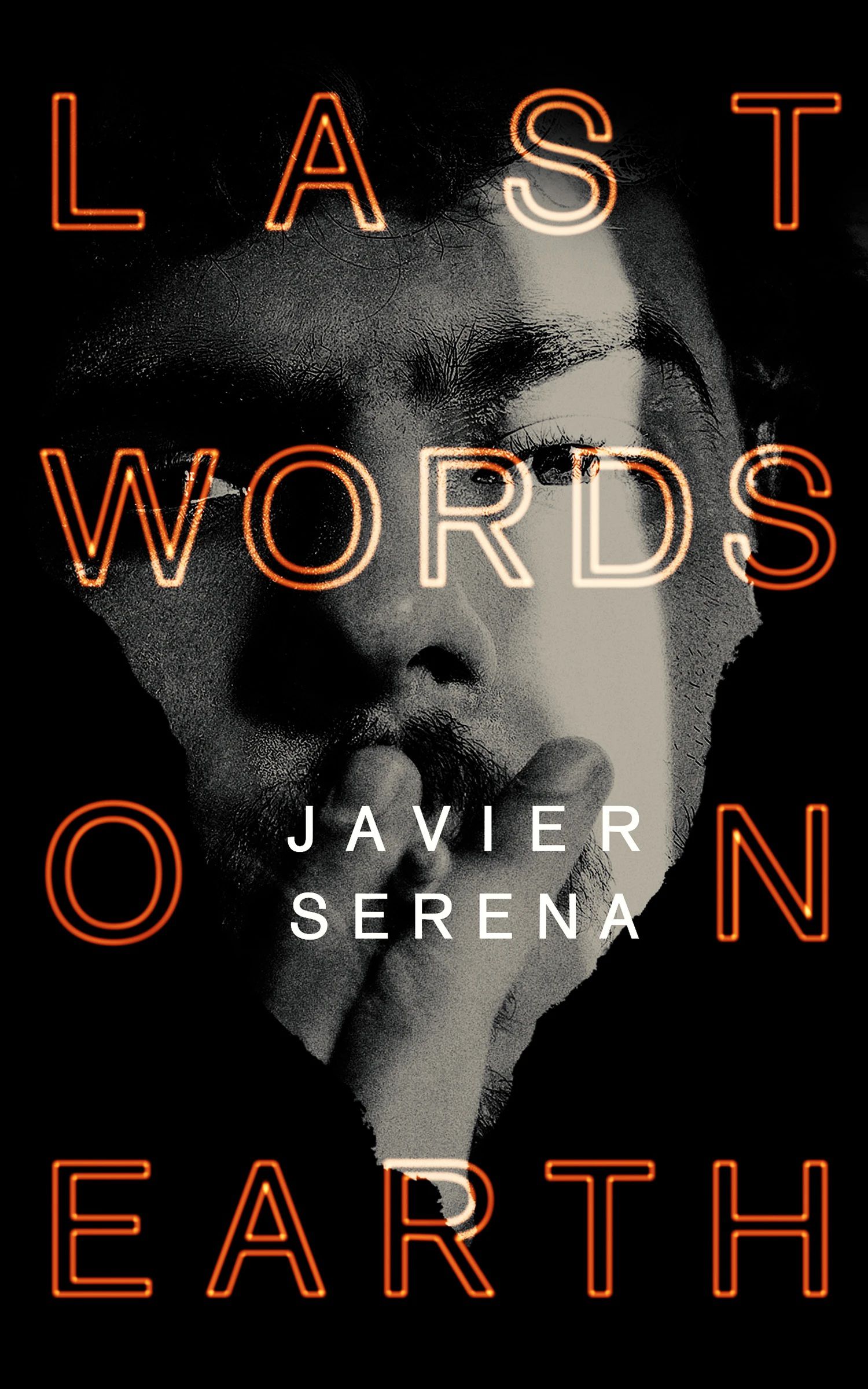 A striking debut inspired by the life of Roberto Bolaño, Last Words on Earth follows the life of struggling writer Ricardo Funes who finally publishes an incredibly successful novel only for the dramatically altered trajectory of his literary career to be cut short by terminal lung cancer. This haunting novel of passion and art is told through the voices of Funes’s best friend, his wife, and himself. Like in her translation of Sara Mesa’s Four by Four, translator Katie Whittemore has proven herself to be a revelation, especially when it comes to multi-voiced novels. Last Words on Earth is also the first of a three-book-project conceived by Open Letter that revolves around ideas of art, integrity, and fame.

And don’t miss Ganbare! Workshops on Dying by Katarzyna Boni, translated by Mark Ordon, the first work on nonfiction published in Open Letter’s new Polish Reportage Series. I’d recommend this one for fans of Svetlana Alexievich and Emmanuel Carrère.

For more incredible new releases in translation from this year, check out this list of Hot Summer 2021 New Releases by Women in Translation.