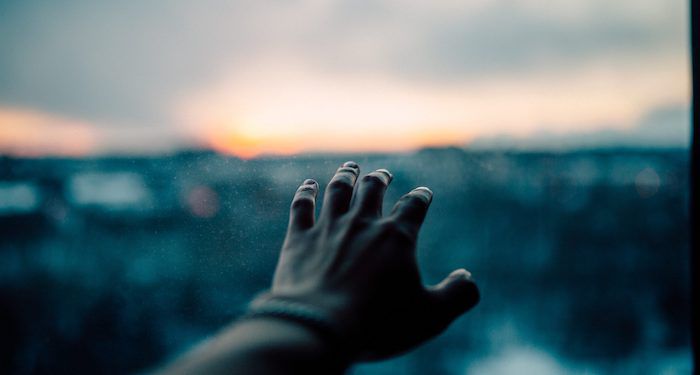 SPOILER WARNING: Major spoilers ahead for Frankenstein by Mary Shelley

In her groundbreaking novel, Frankenstein; or, The Modern Prometheus, Mary Shelley does away with almost all of her characters: Justine Moritz, William Frankenstein, Henry Clerval, Elizabeth Lavenza, Alphonse Frankenstein, Victor Frankenstein, and, presumably, the creature itself; Shelley certainly stacks the body count high. Only Robert Walton is left to tell Victor’s sordid tale; or, so it would seem. For there is one character who not only escapes the carnage, but also slips away from Shelley’s narrative altogether. His fate is tantalizing and forever remains a mystery. Of course, I speak of none other than Ernest Frankenstein.

Who is Ernest Frankenstein, you might ask? Well, he is the Frankenstein brother that Shelley up and Judy Winslowed out of her novel (yes, I am a proud child of the ’90s). Right before Victor undertakes his epic adventure to the Arctic to find the creature, he mentions to Walton that “Ernest yet lived.” That nondescript phrase is the final statement on the only surviving member of the Frankenstein family. There is no tearful goodbye between brothers, no last words emblazoned in Victor’s memory as he journeys to the North Pole. In the midst of all the gruesome death and mayhem, Ernest simply disappears without explanation.

So, what happened to Ernest Frankenstein? Since the novel’s publication, there have been a slew of authors who have wondered the same thing. While researching for this post, though, it became clear that there is a lack of Ernest Frankenstein–forward adaptations written by authors of color. Hopefully this changes very soon! However, there are excellent Frankenstein adaptations written by authors of color that you should check out immediately. In particular, The Book of Phoenix by Nnedi Okorafor and Destroyer by Victor LaValle are must reads. Also, for an interesting and horrific retelling of Shelley’s novel in U.S.-occupied Baghdad, pick up Frankenstein in Baghdad by Ahmed Saadawi.

Of the authors who have tackled this character, some have written adaptations of Shelley’s work that cast Ernest in strange, new roles. Read on if you dare, fearless reader, to discover the fate of this missing character.

Peake’s play, written in 1823, set the precedent for Ernest’s disappearance in 19th century adaptations of Frankenstein. The only exception seems to be the anonymous penny dreadful The Monster Made By Man; or, The Punishment of Presumption. In this horrific tale based on Shelley’s novel, the action centers around a character named Ernest and his assistant, Frantz. Together, they fuse the dark arts of alchemy with the latest anatomical science, and manage to create a monster that — wait a second, you might be thinking. Isn’t this just the Frankenstein story, but with a guy named Ernest instead of Victor? Sadly for Ernest Frankenstein, you would be correct.

It wasn’t until the 1970s that Ernest Frankenstein resurfaced as a character, in Brian Aldiss’s bizarre sci-fi novel, Frankenstein Unbound. In the book, nuclear warfare has severely disrupted the space-time continuum, and the narrator, Joe Bodenland, suddenly travels to Switzerland in the year 1816. While there, he discovers that the Frankenstein family exists in real life. With his prior knowledge of Shelley’s novel, Bodenland attempts to help the Frankensteins against the creature’s insatiable thirst for revenge. In Frankenstein Unbound, Ernest is a dark, brooding character, suspicious of Bodenland’s interventions in his family’s business. He has a presence that he did not have in Shelley’s novel. While his role isn’t exactly significant, Aldiss sets the stage for Ernest’s return to the Frankenstein mythos.

Two 21st century novels continue Ernest’s adventures post-Frankenstein: Suzanne Weyn’s Dr. Frankenstein’s Daughters and Pete Planisek’s Frankenstein: A Life Beyond. In Weyn’s novel, Ernest plays the role of caretaker to Giselle and Ingrid, Victor’s newly discovered twin daughters and heiresses to his estate. After living through the nightmare of his brother’s creation, Ernest settles down to a quiet, domestic life in the Orkney Islands. Unfortunately for him, Giselle and Ingrid shatter that peace in their quest to understand the Frankenstein family’s violent past.

In Frankenstein: A Life Beyond, Planisek sets the action a decade after Shelley’s novel ends. Ernest returns to Geneva accompanied by Clerval’s son. There, he hopes to discover what happened to Victor and find solace after the demise of his family. Of the novels that feature Ernest Frankenstein, Planisek’s gives the character the fullest treatment. Moreover, Frankenstein: A Life Beyond is the first installment of a projected trilogy, thus promising more Ernest-centered adventures!

The Case for Ernest Frankenstein

So, if you have made it this far, you might be wondering: should I really care about a character that Mary Shelley basically ghosted? Beyond just being interesting Frankenstein trivia, does Ernest Frankenstein really matter? Well, my hypothetical reader, those would be completely reasonable questions! After all, his more famous brother did achieve the unthinkable and created sentient life. Furthermore, his total lack of regard towards his creation swept everyone around him to their doom. It only seems fair that Victor Frankenstein gets the lion’s share of literary attention.

Yet, while Victor Frankenstein speaks to the romantic age of the fallen hero, Ernest’s appeal is much more contemporary. Ernest Frankenstein is an unfinished person, a sort-of-participant in an immense tragedy over which he has no control. At the end of Frankenstein, Ernest finds himself utterly deracinated. All the people in his life are gone, and his social world has been squeezed to a vanishing point. Moreover, Ernest will never fully understand what happened to him. Victor and the creature are dead, and all possible explanations have disappeared with them. It is a profoundly broken and jarring existence: the wreckage of a megalomaniac’s disastrous pursuit of power.

In the midst of all of that, however, “Ernest still lived.” He carried on, taking it day by day. While I don’t envy the thought of Ernest’s future wanderings in an upended world, I do find them compelling and strangely familiar. I am rooting for you, Ernest Frankenstein! You might just be a fragment of Mary Shelley’s imagination, but our precarious, apocalyptic times have made you an honorary character. Sure, you lack the flash and gleam of your older brother, but you managed to survive it all. And in our world, that certainly counts for something.