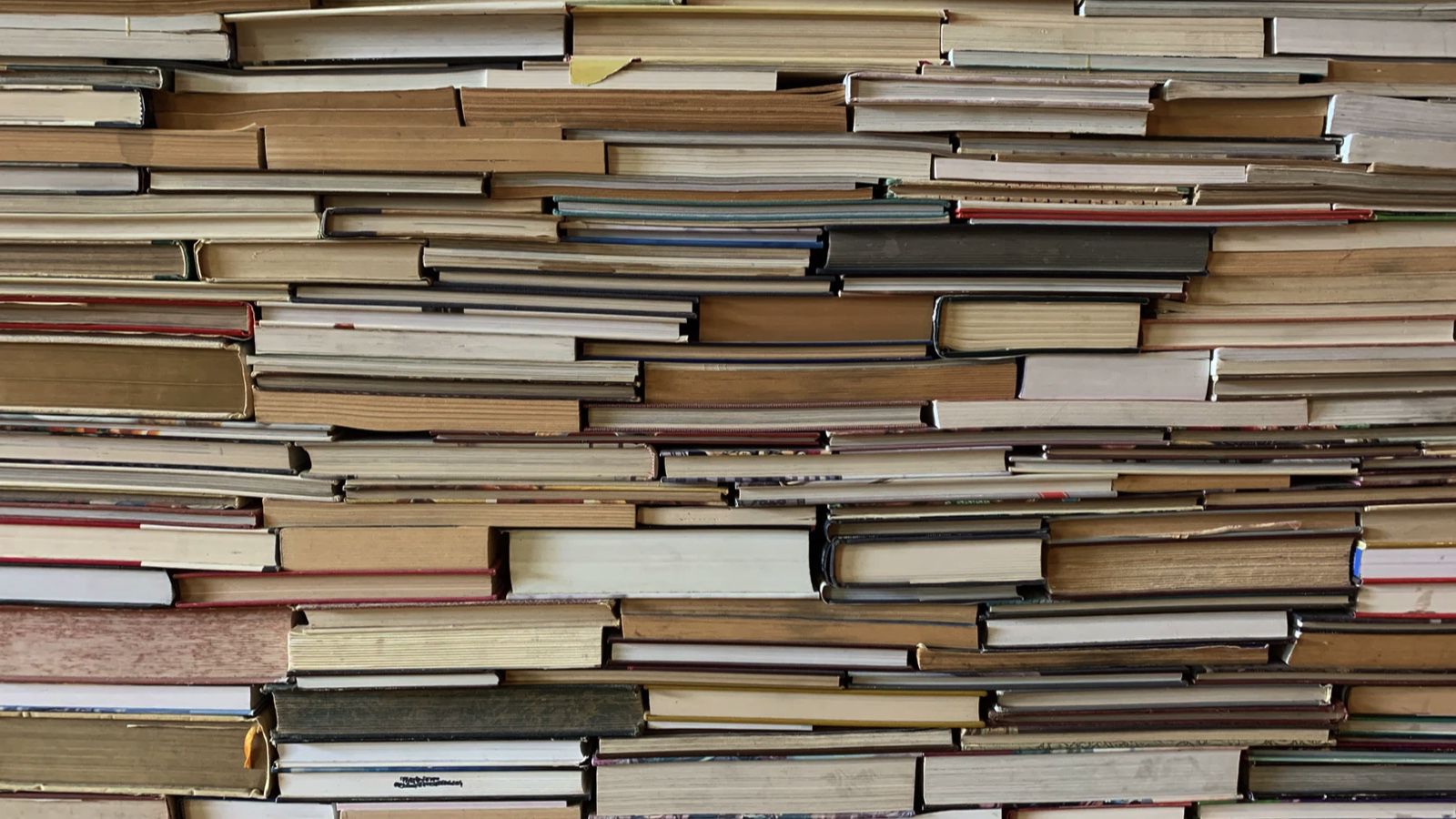 It can get very complex to quantify the environmental impact of the publishing industry. From the mode of transport used by staff to the packaging used by retailers, choices about granular details will affect how this is calculated. The supply chain can get extremely intricate. And that’s not even to mention the decisions around content – whether publishers are acquiring enough books about climate and biodiversity, for instance.

Overall, many publishers remain vague about their environmental activities. They often mention lofty intentions rather than firm objectives, and use wishy-washy verbs like “strive”, “embrace”, and “ask” rather than “require”, “commitment”, and “demand”.

This article focuses on one major component of publishing’s carbon footprint: paper. Even with the rise of ebooks, paper accounts for a big proportion of carbon emissions – from the trees being felled to the resources needed to process them into paper and the volumes being shipped to and from printers. For instance, of Penguin’s CO2 emissions in 2019, 41% – the largest chunk – came from paper.

I contacted several publishing industry professionals to get a sense of how companies are greening their paper use. Bill Barry, the director of sustainability and business partnerships at Macmillan, notes that back in 2010, paper made up 2/3 of the company’s total emissions. Thus it was the “low-hanging fruit” to tackle. But tackling it isn’t always so straightforward.

Toward More Recycled Paper in Books

Chelsea Green, a small publisher focused on sustainable living, published its first book in 1985. Appropriately enough, it was The Man Who Planted Trees. Chelsea Green’s books contain a WorthIt logo in the front matter, indicating that the books may be more expensive due to its environmental responsibilities.

But Margo Baldwin, Chelsea Green’s president and publisher, explains that the costs of using recycled paper aren’t necessarily that high: “There is a minimal price difference between 30% PCW [post-consumer waste] recycled content and 100% PCW.” However, “full-color books are much more expensive to print on recycled paper than one-color books.” One of their printers is only able to use 10% PCW paper for full-color books.

One way to reduce the amount of fiber that goes into each book, and the weight of materials being transported, is to choose thinner paper. Macmillan’s Barry describes the process of reducing the basis weight of paper: “Paper is sort of like, you take a pound of pulp and you roll it out. It’s like dough. So the more you roll it, the thinner it gets, but the more it stretches out to the perimeter. So we went from a typical 45-pound basis weight paper as our primary stock for most books to a 40-pound basis paper. So we had an 11% savings right there just by weight.” While the thinner paper is, of course, more transparent, he believes that the average reader probably wouldn’t notice the difference. So this is a win-win for the environment and for the publishing companies: less wood, plus lower transport costs.

Barry says that higher-quality paper is needed for some books, such as acid-free kraft paper for poetry books kept in libraries. (Kraft is a strong form of paper created when wood is chemically converted into wood pulp.) “There’s more permanence and archival longevity to craft paper, but it uses twice the resources,” Barry explains. Books with illustrations, notably graphic novels, would also need more opaque paper.

Recycled Paper is Just a Small Part of the Picture

When Macmillan first delved into the benefits of recycled vs. virgin fibers, “the big reveal there was that the energy sources for milling the paper is the critical factor,” Barry says.

An Arizona mill that recycled old newspapers for a 100% post-consumer recycling rate sounded impressive, but the facility’s emissions intensity was 18 times higher than at a mill they found in Quebec. Although this Canadian mill processed virgin fiber, its electricity was generated through hydropower. Most of the fiber for this paper came from sawmill residuals, essentially byproducts of the lumber industry. Yet another advantage was transport: books bound at the Quebec site could be sent to the bindery almost entirely by rail, rather than by truck.

Barry acknowledges, “It is counterintuitive that you would have less emissions from a virgin fiber stock than you would from 100% post-consumer recycled fiber.” In other words, it does sound odd that non-recycled paper could actually produce fewer carbon emissions than recycled paper.

Ariel Russ, Macmillan’s sustainability manager, says, “I think that if there were recycled paper on the market that met all of these criteria…related to carbon emissions and energy sourcing and tensile strength, it could be an option.”

Biodiversity is Also a Factor in Paper Choice

You may have noticed, in the front matter of certain books, a “mix of paper from responsible sources” notice. The Forest Stewardship Council (FSC) provides one of the best-known certifications that paper products have come from sustainably managed forests. The FSC is by no means perfect, but a number of big publishers have latched onto FSC certification as a way of avoiding the worst of deforestation. Bloomsbury reports that over 90% of its paper products are FSC-certified; Penguin reached 100% in 2019.

A number of major publishing companies have policies barring the use of paper from endangered rainforests. Yet according to the Book Chain Project, which provides environmental consultancy to publishers, few publishers are reporting how they are responding to deforestation; and of the few that are (notably, large academic publishers), not much is being done.

Pressuring the Publishers to Pressure Others

Generally, the larger publishers are the ones that do the more detailed reporting of environmental impacts, but every one of them has room for improvement. In 2018 the Rainforest Action Network deemed Scholastic the “outstanding leader” on efforts to improve paper sourcing’s impacts on environments and communities; Penguin Random House was a laggard.

But being a smaller player can also have its advantages, including a supply chain that’s simpler to monitor. The children’s publisher Nosy Crow, for instance, is able to source paper directly from relatively few suppliers, which can be vetted more easily than the complicated, globe-spanning operations of massive companies. When it comes to printing in China, Macmillan’s Barry acknowledges, “we don’t have boots on the ground that are able to ensure a whole bunch of things.”

Concerted effort in the publishing industry, not to mention tighter regulation by governments, would help to push things along. The industry depends on economies of scale to keep printing financially manageable. So if only a few companies are demanding sustainable supply operations, there will be little incentive to make big changes.

According to Chelsea Green’s Baldwin, “A number of the printers we work with specifically stock 100% PCW paper for us. When we asked why they don’t have 100% PCW as part of their regular paper inventory, one printer said it was because their other clients aren’t interested in it. So the reason more books aren’t printed on 100% PCW may be due to a lack of awareness and could use more marketing attention in the industry.”

Barry describes the obstacles to going it alone, using the example of inks with lower contaminant levels. “The way books are made, if you go to the LSC bookbindery in Harrisonburg, Virginia, it’s probably a million square feet. They’re making books for Harper, for Penguin Random House, for us, for Simon & Schuster, for Hachette, Workman, go all the way down the line. If we specified what we thought was the best ink that was 88% soy and 12% this and whatever attributes it had, and we insist that they use that ink, and then Harper had a different selection, Penguin Random House a third selection, then all the environmental good that might be done would be clobbered by the VOCs [volatile organic compounds] of what you have to use to clean out the ink reservoirs to take out the residual Harper ink and put in the Simon & Schuster ink, etc.”

Another example is moving forward on making hardcover books fully recyclable. At the moment these generally aren’t, due to the glue used in their bindings. Russ, Barry’s colleague, believes that this won’t change without joint pressure: “You need an industry to move together to change the chemistry of the adhesive.” She’s encouraged by some recent compacts and initiatives to bring publishers together, but says that U.S. antitrust laws make cooperation a bit trickier than in other countries.

Big publishing companies generally have webpages describing their environmental commitments, even if these are sometimes less detailed and satisfying than they could be. They also have contact details. So I encourage readers to email these companies to press for more information and action on their carbon emissions and efforts to protect biodiversity. Collective nagging is a mainstay of environmental activism, after all.