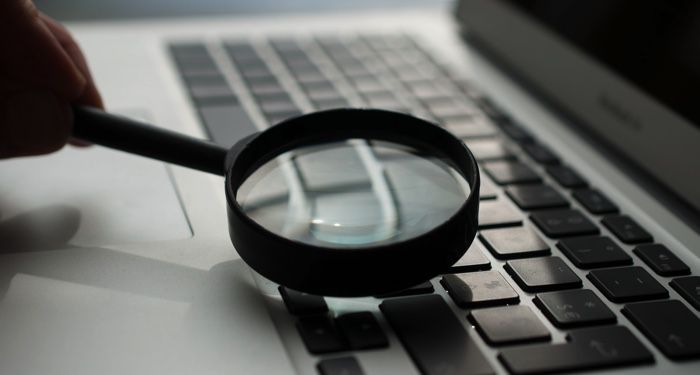 When I was younger, I was a mystery writer’s dream reader because I never solved a mystery before the big reveal. I would get completely absorbed in the set up, the crime, the clues and misdirections, and I never looked ahead or took the time to puzzle it out on my own. I might have made the occasional guess, but I was usually wrong, and I was almost always delightfully surprised by the big reveal. And I would have stayed so happily oblivious if I hadn’t decided that I wanted to write a mystery myself and therefore had to start looking at mystery novels with a critical eye. Writing a mystery is no small undertaking, and there are many considerations that go into plot, but the biggest question I found myself asking was, Does it matter if the reader can solve the mystery before the protagonist?

I think that in order to dig into this weighty question, we need to talk about how a mystery can differ from a thriller, the various elements we see in mystery novels, and what readers expect in a mystery.

The Difference Between Mysteries and Thrillers

Mysteries and thrillers oftentimes get conflated, but I view them as two distinct genres. To simplify things, mysteries are concerned with the who in the whodunit, whereas thrillers tend to be more concerned with the why or how because we usually already know whodunit. Thrillers can have mysteries, and mysteries can be thrilling, but understanding the essential differences helps to clarify what reader expectations ought to be when picking up a mystery. Within mystery and thrillers, we have loads of sub-genres with their own conventions and expectations, such a procedural mystery, psychological thrillers, domestic mysteries/thrillers, and cozy mysteries.

What Are the Expectations of a Mystery Book?

The most basic expectation of a mystery book is that there is a crime at the center of the plot, and the reader doesn’t know who committed the crime, and/or know why the crime was committed. The main focus of the book is discovering the answers to the questions the premise raises, and discovering these answers drives the plot. This is, of course, a very simplistic take on a mystery, but it’s safe to say that this is a reasonable expectation of all mysteries, no matter their sub-genre.

If you read enough mysteries, you’ll notice that that there are some themes, structures, and elements that tend to crop up in most books across the wider genre: Characters have secrets. Motivations are called into question. The protagonist, whether they’re a detective or an amateur sleuth or just an unlucky person caught in the middle of a mystery, might start questioning witnesses or hunt for clues. Usually, there is some kind of escalation in violence or tension as clues are revealed and new information comes to light. Someone might be framed, or falsely accused, or killed before all of the answers can be discovered. Mysteries are usually allowed one coincidence in which something happens to fall into place, but more than one and the plot starts to feel contrived. All of these are the ingredients of a good mystery, but what does it take to pull it off? To answer this, I’ll take a look at two mysteries that I really enjoyed — one where I guessed the killer, and one where I didn’t.

The Searcher by Tana French

The Searcher by Tana French (one of my favorite mystery writers and a master in the genre), stars Cal, a retired American detective who retires to a small town in Ireland and plans to fix up his house and live a quiet life free of mysteries and investigations. His plans are thwarted when a local kid asks his help to find a missing brother. In the first half of the book, I had a hunch about who might have been involved in the disappearance, and that hunch solidified into suspicion as the book unfolded and the mystery became more complicated. This suspicion never lessened my enjoyment of the book, though. French’s mysteries tend to be slower paced, allowing the reader to sink deep into the rich setting, and deep into the protagonist’s perspective and their view of the crime. Sitting with my suspicions for hundreds of pages could have been boring…if not for the fact that I was fully invested in the many smaller mysteries and secrets that French set up. She had a reveal about a character’s identity that I didn’t see coming, and asked enough questions about the circumstances of the original disappearance and other mysteries happening in this small village that I was never bored or impatient.

Most importantly, she held back the details I wanted to know most: If I was right about who I thought was involved, then why did they do it? French was very careful to not reveal too much about why this character was involved, why they did what they did, or even exactly how they did it. Not knowing these details left me guessing, and kept me reading. When it was all over, I found the book to be satisfying because of how French managed to link many small details that we uncover throughout the book into one overarching plot, and how she presented a few smaller twists and reveals that I didn’t predict.

The Forest of Stolen Girls by June Hur

In contrast, when I read The Forest of Stolen Girls by June Hur, I wasn’t able to guess the culprit or solve the mystery before the end. This is in part because there were multiple mysteries and potential threads to chase, and I never felt as though I knew enough to decide who I thought was responsible. The historical novel follows Hwani, who is searching for her father, who went missing while investigating the disappearance of 12 girls in a forest with a dark history. Hwani must also confront the mystery of what happened when she and her younger sister went missing for a day in the same forest years earlier — she has no memory of the event. Naturally, these three mysteries are all linked, but Hur keeps readers on their toes the entire time. She reveals early on what happened to Hwani and her sister, but that answer leads to more questions. Hur also populates her book with multiple possible suspects, and many different motivations. It’s a slow unwinding of a tangled thread, but one of the reasons why I kept reading was because I wanted to know who was behind it all, and how they managed to pull off multiple complicated crimes. Hur drops plenty of clues as to the motivations of the killer, and while I was able to guess the why of some of the mystery elements, it wasn’t until the Hwani identified the killer that I knew who it was.

So, Does Solving the Mystery Matter?

In my opinion, this isn’t a yes or no question, but a yes and no question that is somewhat dependent on the reader. Some readers may want to be completely surprised, like I usually was in my early mystery reading days. Some might want to take a more active role in reading, and try to solve the mystery alongside the character. These days, now that I’ve written a few mysteries of my own and read with a much more critical eye, I want enough information that I can start putting the elements together myself, but I don’t necessarily want to guess the whole who, how, and why of a mystery before the big reveal. I would not be satisfied if I was totally off-base about the mystery during reading (and I’d argue that a book that completely misleads its readers probably isn’t a successful mystery) but I read mysteries for the intrigue and the questions, so of course I want to be surprised in some way.

There are many ways to solve a mystery, but it’s always good to keep some secrets close to your chest because knowing when to reveal the truth can be a tricky thing!