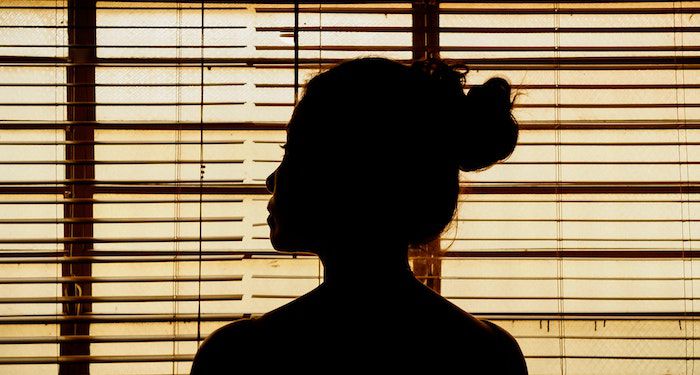 Popular culture has historically bolstered the stereotype of the saintly woman as someone who works quietly needing no recognition. She is always ready to offer her all to the people she loves. She shrinks herself for others, waits for everyone else to make decisions for her, and is reluctant to take up space. Saintly women are martyrs and ideal mothers who don’t have even one mean bone in their bodies and are ever tolerant of all the injustices doled out to them. Sometimes these women are long-suffering wives, like Lorrie Sullenberger in Clint Eastwood’s “Sully”. And sometimes a saintly woman is someone like Sarah from Lawrence Sher’s “Father Figures” whose only use is to be the sexual partner of a man who is on a journey towards self-actualization.

The saintly image of women we see in popular culture is a socially constructed myth that has been fabricated to hold women back from being fully-fledged individuals. Contemporary crime fiction is quashing this idealized version of women, one female protagonist at a time. It’s always a good day to bid adieu to the stale, overused tropes that have defined femininity for centuries.

Tess Sharpe introduces us to Nora in her novel The Girls I’ve Been. Nora was born to a con woman who got her daughter involved in all sorts of trickery. She was given a new name every time her mother started a new game and got entangled with dangerous men. After spending years playing this dangerous game, Nora is finally getting acclimatized to a mundane life with her sister when suddenly the unthinkable happens: She and her friends are taken hostage in a bank robbery. The rest of the story deals with how Nora utilizes her past skills to save the situation. It’s easy to dismiss Nora as a conniving teenager who is distant from the hope of goodness. Saintly women are always expected to make good choices, even when those choices run counter to their well-being. But what we tend to disregard here is how women like Nora don’t get a lot of choices. Her life was a minefield where she had to relentlessly optimize herself to survive. Sharpe’s Nora could never be a saintly woman, because unlike this highly misleading stereotype, she couldn’t afford to wait for others to come to take charge of her life and save her.

Alison Gaylin’s The Collective is a story of teen-on-teen murder. A 15-year-girl named Emily Gardener was brutally raped by Harris Blanchard and left to die in the bitter January cold. The boy was allowed to go scot-free, much to Emily’s mother Camille’s frustration. Eventually, he would also receive a humanitarian award at a Brayburn alumni dinner. Camille’s grief left her suspended like dust in mid-air for a while, but there is no rest for the mother whose child had been wrongfully taken away from her. Camille tries to assault Harris, and when that fails, she joins a private Facebook group where she finds solace in the virtual company of fellow grieving mothers. Camille shares how her life’s ambition was for Harris to die. This is followed by Camille’s initiation into “the collective”: an all-female sorority where the members’ revenge fantasies came true.

When the law failed her, Camille decided to teach the man who was too self-satisfied to waste time on self-reflection a lesson. While doing a personal calculus of risk and reward, avenging her daughter’s death was more important to her than maintaining the ultra-feminine image of a mourning mother who knows no harm. She didn’t make her sadness seem glamorous, something evoking pity and admiration. Women are expected to be saints and everything they care about is dependent on others. This shining performance of martyrdom didn’t sit right with Camille. She didn’t submit to these outdated models. Rather, she emerged from her rage to dip into her own peace, even if it came at a cost.

This trend towards complex depictions of women and femininity crosses over into literary fiction as well. In Clare Chambers’s Small Pleasures, we meet Jean, a woman approaching her 40s and still living with her mother. Jean’s unspectacular life is upended when a woman named Gretchen writes to the newspaper Jean works for and claims to be a virgin mother. While investigating the truth in Gretchen’s statement, Jean falls in love with Gretchen’s husband, Howard. (This investigation provides a mystery element in a story that is primarily general fiction.) Jean had always felt like a background character in her own story. She was someone who was mostly listening to the muffled sounds of life passing by her instead of being an active participant in it. But this love for a married man rejuvenates her. For once she doesn’t wait to earn the eventual love story by her restraint.

While pursuing another woman’s husband might be not the most morally correct stance ever, for once Jean doesn’t think of the psychic or social taxes she would need to pay for trespassing into someone else’s home. For most of her life, Jean had locked herself in the orderly house of passivity and stability. Saintly women we see in popular culture and classical literature often spend a life so close to inaction that it is less of a life lived and more of one survived. The world Jean finally lets herself experience with Howard is much wider. She denounces the image of the saintly woman by refusing to be someone waiting for good things to happen to her and silently tolerating whatever injustices life sent her way. She does something illicit, something that is hers and only hers, and something that is not subject to the whims of her mother or Gretchen.

Manu Joseph’s The Illicit Happiness Of Other People features Mariamma, a mother drowning in grief after losing her eldest son. Unlike the saintly women of literature, Mariamma has nothing under control and was constantly seen talking to walls. Much to the chagrin of a society that wants its women to be good wives, Mariamma often fantasizes about killing her husband. Her unmetabolized grief for her son transforms into sheer disdain for her husband’s failings. She never idolized her husband nor was she particularly good at taking care of her other son. She is mentally ill and grieving, and rather than positioning herself as a mother who despite all odds performed her duties diligently, she lets herself fall apart. By breaking down, refusing to put up with the pretense of martyrdom as is asked of mothers, and allowing herself that kind of humanity, she deviates from the trope of the saintly woman.

Ashley Audrain’s The Push is another mystery novel that debunks the saintly image of women. We meet mothers who are cold and imperfect and constantly fail at mothering. Blythe was born to a family of mothers who were unloving and often frightening. But she was determined to be the kind of warm and affectionate mother she herself never had. However, life had other plans, and her daughter, Violet, turned out to be a difficult child. Blythe couldn’t manage to love her, as the child was mostly manipulative and eventually ended up being disturbing. Was Violet the ultimate manifestation of a family curse, or was Blythe projecting her own trauma on the child as everyone believed?

The Push reflects all the anxieties womanhood comes with that are often overlooked by mainstream culture. Women who become mothers are not always self-negating as the sanctified image of femininity will have us believe. Blythe lived with the fear of otherness, and that fear did ultimately come true for her as she was excluded from her happy-family narrative. The illusion of motherhood being great and perpetually joyous shattered once she birthed Violet. From day one the child disapproved of her own mother. Audrain goes to lengths to humanize Blythe. She is not the raging villain who is hostile towards her own child. Nor is she the martyr who keeps on overlooking Violet’s treacheries. Her self-protective instincts kick in eventually as she chooses herself by separating herself from Violet’s life. Audrain establishes the fact that Blythe’s failed attempts at being the ideal mother in no way reflect on her worth as a woman.

Mystery novels and crime fiction as a whole for a large chunk of time have exclusively been a boys’ club. Women were either relegated to secondary positions or they were mere plot devices to advance the storyline of the witty detective or a tragic villain. Contemporary crime fiction doesn’t just make their plots about women protagonists, they also give their female characters the depth and definition they deserve. Contemporary crime fiction has helped their female protagonists rinse themselves of the pretense of a flawless and always-ready-to-atone kind of femininity.

These books don’t shy away from being open about the many renditions of maternal crisis, denouncing once and for all the glorified image of women as saintly, ever-sacrificial mothers. The women of these novels are given thoughtful backstories that are the reason behind their respective transgressions from the conventional martyr-model of femininity. These women are not bastions of morality, nor are they monstrosity personified. Mystery writers break down the archetypes of saintly womanhood to represent women as they are, multi-dimensional and utterly human.