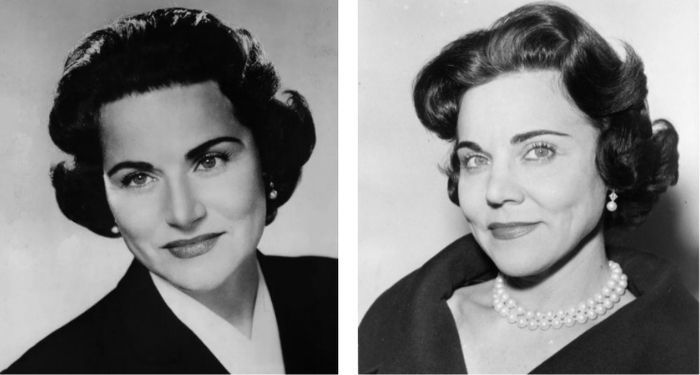 Back when newspapers were a thing that the majority of people read physical copies of, advice columns were a mainstay and a regular feature in major newspapers and magazines around the world. They provided answers to all manners of questions from anonymous advice seekers, hoping for an unbiased look at whatever problem was at hand.

Advice columns began in the 1890s — although some reports say as early as the 1690s — as precursors to today’s forums and online communities. Before people could post their questions to the masses and receive advice from anyone willing to give it (whether you like it or not), people wrote in to advice columnists.

They’re two of the most famous advice columnists to come out of that particular era, and they dominated for half a century. Dear Abby, published originally in the San Francisco Chronicle, was the most widely syndicated newspaper column of the time, with 110 million readers. In 1990, Dear Abby received 55,000 letters. Ask Ann Landers, published originally in the Chicago Sun-Times, had 90 million readers. Their columns presented a unique opportunity not just for the advice asker, but for readers: they sparked conversations over oftentimes controversial subjects. They were also somewhat controversial themselves.

Because Abby and Ann were twin sisters.

Those aren’t their real names, of course. The twins were born Pauline and Esther “Eppie” Friedman in Sioux City, Iowa, in 1918. Their parents were Russian Jewish immigrants who came to the United States in 1908, and they had two older sisters, Helen and Dorothy.

The twins didn’t begin column writing until they were in their 30s, and prior to that, they were exceptionally close. They went to the same college. Worked on the college newspaper together (they ran the gossip column; I know, you didn’t see that one coming). On their 21st birthday in 1939, they had a double ceremony to marry their husbands. Wearing identical wedding dresses. They both relocated to Eau Claire, Wisconsin, in the 1940s when their husbands got jobs at the same company.

They weren’t just twin sisters: they were best friends. But a shadow darkened the doorstep of their relationship shortly after their move to Eau Claire, and it allegedly began with an increasing wealth disparity between the two sisters. The family of Pauline’s husband bought controlling interest in the company he worked for, and the move proved to be a financial game changer for them. Eppie and her husband were not as fortunate, and as the socioeconomic chasm widened, the closeness they used to enjoy grew strained.

The advice columns were the final straw.

In the early 1950s, Eppie and her family moved to Chicago. She became aware that the Chicago Sun-Times‘s current advice columnist was retiring, and applied for the role. Eppie’s strong writing skills and extensive ties, which she gathered after years of political activism and volunteerism, secured her the job, and she began writing as Ann Landers in 1955. Ask Ann Landers became a new, unique voice of wisdom, one who was just as much an advocate as an advice giver, openly speaking out against racism and antisemitism. And while the early voice of Ann Landers reflected Eppie’s social conservatism, particularly around gender roles, the Ann Landers of the 1970s and beyond grew increasingly feminist and pro-choice.

Three months after Eppie became Ann Landers, Pauline decided to start an advice column, too. She had helped her sister write responses on the side, because the overflow was too much for Eppie to handle alone. It made Pauline realize that she could make a go of this, too.

She and her family moved to Hillsborough, California, later that year. Pauline contacted the editor of the San Francisco Chronicle to pitch herself as their newest advice columnist, who could do a better job than their current one. She named this columnist Abigail Van Buren, or Dear Abby for short. She wrote up sample responses to previously published columns, and that was that. Dear Abby grew enormously popular and adapted a similar mentor-like persona as Ann Landers, with a healthy dose of humorous quips thrown in. She was also unabashedly feminist, antiracist, and a strong Jewish advocate.

Was there room in this country for two equally talented advice columnists who happened to be twin sisters? The sisters weren’t sure. From the beginning, Eppie allegedly saw Pauline’s move as undermining and even hostile to her blossoming career. And although they didn’t want to be pitted against each other, media at the time took their competing columns and ran with it, comparing their writing styles and preferring one over the other (such as The Times reporting that Dear Abby was “slicker, quicker, and flipper” than Ann Landers). To keep the rivalry to a minimum, they attempted a truce by agreeing not to vie for syndication against one another in other U.S. cities.

That all went down the drain over one newspaper in particular: their hometown newspaper. In 1956, it came out that Pauline allegedly offered Dear Abby to the Sioux City Journal at a reduced rate, under one condition: that they promise not to run Ann Landers.

Life magazine reported on their estranged relationship in 1958. Although the twins still clearly loved each other, they could not banish the resentment that had grown over the constant comparisons and cheerfully hurled insults at each other for the world to see. The magazine called it “the most feverish female feud since Elizabeth sent Mary, Queen of Scots to the chopping block.”

Apart from one another, and despite the competition between the two of them, their careers flourished. Eppie, as Ann Landers, received over 1,000 speaking invitations just in the first four years of her taking over the advice column, and made 100 appearances in 30 cities. Dear Abby became the most widely syndicated column in the world, with appearances in 1,400 newspapers. She received so many letters that she employed four full-time mail openers, six letter answerers, and a research assistant.

And yet it was not all they wished it could be: the rivalry did bother them. “My career flourished,” Abby wrote, “but I walked around with a hole in my heart.”

The sisters met again publicly in 1964 for their 25th wedding anniversaries, reconciling some of their differences, but the rivalry never fully died. Eppie claimed to have never read a single Dear Abby column in a 1979 TV appearance; two years later, Pauline called her sister inferior and envious in a magazine interview.

Although their shared history and closeness could not be completely banished by the hard feelings brought on by their columns⁠ — they had periods where they faxed each other on a regular basis ⁠ —it never appears that they fully repaired their relationship.

The rivalry continued even to the end of their lives. Eppie died in 2002 of multiple myeloma, at the age of 83. Her daughter, Margo, took offense to Pauline’s daughter, Jeanne, publicly expressing her grief over her aunt’s death. Dear Abby’s distributor also offered up the farewell letter Eppie wrote to her sister to all Ann Landers’s newspaper clients, free of charge. Citing that Jeanne had no relationship with her mother and had not seen her in decades, Margo called it all a “crass” attempt to gain new clientele. Jeanne took over the Dear Abby column after Pauline developed Alzheimer’s that year, and Pauline died in 2013 at the age of 94.

It was a rivalry that revisited the sisters again and again after their columns’ creation, and one that passed down to their daughters. For all the wonderful, insightful advice that the sisters were able to give to tens of thousands of individuals over the decades, one would have hoped that the twins could have taken some of their own advice to heal their relationship with each other.