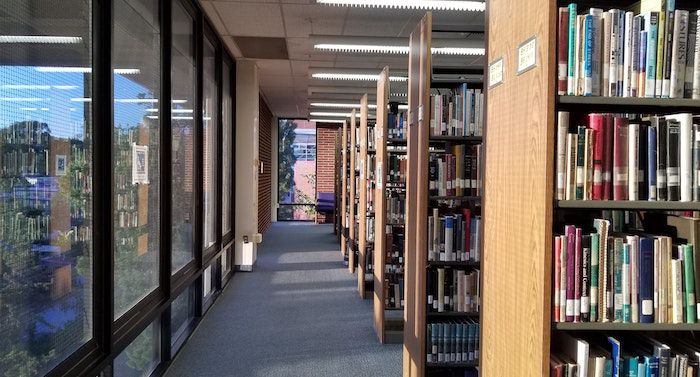 Libraries are community hubs. A healthy, thriving library will provide information, shelter, and support. This is what the Craighead County Library in Jonesboro has tried to do over the years, only to become a target to repeated censorship attempts. Although I will include a brief timeline of this consistent series of attacks, I urge you to read the Facebook page Citizens Defending the Craighead County Library for a thorough account of what has been happening, and the fight they have been waging in order to preserve the work that the library does.

In June of this year, the Craighead County Library put together three LGBTQ displays to commemorate Pride month: one for adults, one for teenagers, and one for children. This ensures that information is available for all, and presented in an age-appropriate manner. Not everyone agreed though: the mere existence of this display drew the ire of a local Tea Party group, causing several group members to attend the next library board meeting in protest. Stephanie Nichols, attorney for an anti-LGBTQ legal advocacy group (ironically named Alliance Defending Freedom) and wife of board member Mark Nichols, wrote an op-ed criticizing the existence of the display for children. Local politicians Brandt Smith and Dan Sullivan also attacked it.

At the end of June, there was a meeting of the Craighead County Quorum Court. Arguments for and against the display were made. Fast forward to August, when a board meeting was held. The board elected to allow public comments without making patrons submit a previous request, as is normally done. Although no decisions were made, board members Amanda Escue and Mark Nichols proposed a series of policies that would give the library board veto power over events, displays, and purchases they consider “sensitive materials”.

What do they mean by “sensitive materials?” Glad you asked. In short, they are anything that deals with sexuality, romantic content, or gender theory.

The following day, Jonesboro City Council approved Shalon Tate to the library board, further enraging the portion of the community railing against the library’s inclusive stance. Over the next couple of months, things ramped up. Another board meeting was held on September 13; only this time, open public comments were not allowed. People had to submit a request in advance to speak. The speakers were all pro-library, pro-LGBTQ, and anti-censorship. The meeting culminated in Escue resigning from the board because she’d recently moved to another county. Another resignation soon followed, leaving two open spots to be assigned by County Judge Marvin Day. The nominees proposed by Day included Brandt Smith’s daughter, Whitney Hicks, who’d made anti-LGBTQ and pro-censorship statements. Hicks’ nomination was rejected, but the other two nominees, Michael Watkins and Kailey Holt Luster, were voted in. Luster has made similar comments as Hicks.

On October 11, there was another board meeting. The library was falsely accused of giving children access to pornographic material, with Mark Nichols making inaccurate and inflammatory statements that were later disproven by the library’s director, David Eckert. On this meeting, Nichols also said that a policy proposal had not yet been put together by their “Sensitive Materials Committee”.

More meetings ensued. Finally, on November 8, the proposed policy was voted down 5-2 by the board. Outside auditors gave positive reports about the library’s financial state, and David Eckert gave a report about usage stats for the library. The budget was ultimately passed, weeks later than usual. This outcome is a win for knowledge, inclusivity, and basic human decency. But it only came about thanks to the tireless work of library workers and patrons.

Libraries will always be targets of those who wish to oppress others and restrict access to ideas and knowledge. But we have shown that here in Craighead County, we the people can stand up to them and defeat them

This concentrated attack on libraries is hardly an isolated event, nor is it new. Kelly Jensen writes a regular round-up here at Book Riot, exploring and explaining the most recent cases of censorship in libraries and schools. It is a sad fact that there is always new material to write about: like clockwork, somebody will always stand up and demand that any book that makes them uncomfortable is banned.

Recently, conservative activist Laura Murphy sought to ban the teaching of Toni Morrison’s Beloved because the racist brutality gave her son nightmares. The son in question was a high school senior: he’s more than old enough to grapple with the history of his country (he is now a lawyer in the GOP). But honestly? If a child has nightmares after reading a book like Beloved, that’s a good thing. It means that they have a well of empathy that should be nurtured and encouraged. By removing the source of information they may spare their feelings at the moment, but they are doing a grave disservice to their emotional growth and basic decency. Not to mention their education, which will be left incomplete and biased if they have their way.

Let’s go back to the issue at the core of the Craighead County Library controversy: LGBTQ rights. Despite what others may say, this is a matter of rights. Members of the LGBTQ community have a right to see themselves represented; all of them, children included. There are gay children, bisexual children, and trans children. They won’t stop existing because a group of narrow-minded, bigoted individuals refuse to face reality. This type of censorship won’t turn kids straight or cisgender: it will make them ashamed of who they are, foster self-hatred, and therefore increase rates of youth depression, anxiety, and suicide.

Reading about LGBTQ children is good for all kids, both members of the community and otherwise. The former will see themselves represented on the page, encouraging self-love. The latter will develop empathy. Surely raising more confident and empathetic children is something we all should want.

As of Thursday, November 11, the Craighead County Library director David Eckert turned in his resignation to pursue new opportunities out of state. Keep an eye on the Citizens Defending Craighead County Library social media page for more updates to this on-going story. Even if this isn’t your community, it’s a reminder to make your voice heard within your own community, supporting your local library through this actionable toolkit for defending intellectual freedom.