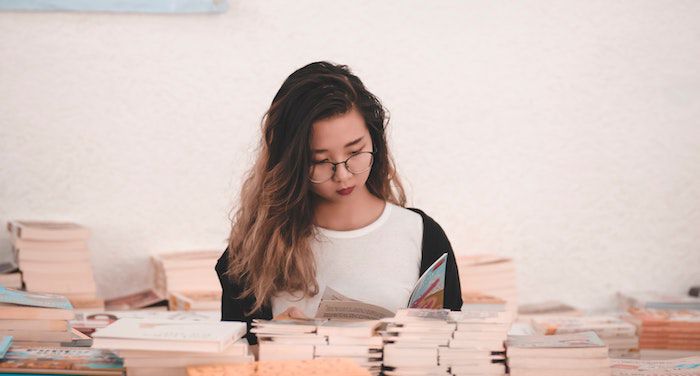 Over the years – especially recent ones – there have been many necessary conversations about the importance of increased representation in the U.S. publishing industry. Readers deserve to see themselves in the stories told and to be able to identify with the authors writing those books. This also extends to the diversity of publishing industry professionals. Progress has been made, but more needs to be done. And this is an issue that’s not specific just to the U.S.

There’s also a lack of diversity and inclusion in publishing in the United Kingdom, Britain included. The Guardian reported on a survey in 2019 that showed publishers aren’t doing enough to “improve the racial and regional diversity of the publishing workforce.”

Keep in mind that there are contemporary authors from the region doing great work, and there are different ways to work towards increased representation. One way that readers can make a difference is by reading diversely – not only does this show the industry that minorities authors have reader support, you’ll get to enjoy a lot of good books that are worth reading.

Consider adding books by the following six British authors of color to your to-be-read list, if you haven’t already. I’m adding books to my list too.

Writing since her late 20s, Malorie Blackman has written children’s books, for television, and for the stage, according to the British Council. Thus far, she has had 69 books published. In 2008, Blackman was appointed an OBE, and from 2013 to 2015 she was the Children’s Laureate. She has also received a variety of other awards for her writing.

The Noughts and Crosses YA series includes: Noughts & Crosses, Knife Edge, Checkmate, Double Cross, Crossfire, and Nought Forever. Noughts and Crosses was adapted for the screen by the BBC. In addition, Blackman has written more YA books like Chasing the Stars.

Check out this Book Riot article on why Noughts and Crosses and its adaptation are needed.

So far, Alex Wheatle’s literary achievements include: being named an MBE; being shortlisted for the Carnegie Medal in 2016; and the YA Book Prize in 2018. Wheatle is also on the shortlist for the 2021 NSK Neustadt Prize for Children’s Literature, per an official announcement.

Interested in reading some of Wheatle’s books? Look no further. Among his works is the Crongton series (Liccle Bit, Crongton Knights, Straight Outta Crongton, and Home Girl).

Dean Atta has been “named as one of the most influential LGBT people in the UK by the Independent on Sunday and ‘one of poetry’s greatest modern voices’ by Gay Times”, per Hachette UK.

The Black Flamingo is a novel in verse that explores identity; the book was recognized as a Stonewall Award winner. For more from Atta, there is also his work, I Am Nobody’s Nigger. The Black Flamingo was among the best queer audiobooks in 2020 on Book Riot.

When asked if poetry can change the world, Atta said via Time Out, “I believe it can – whether it’s one person picking up a poetry book or a video that goes viral on YouTube. Poetry can be life changing.”

If you like otherworldly stories, consider reading London Shah’s dystopian sci-fi writing. According to Shah’s website, “The Light at the Bottom of the World is her debut novel and the first in the Light the Abyss duology.” The story takes place in an underwater, future world.

The Light at the Bottom of the World was picked as a Junior Library Guild selection; a “Best Fiction for Young Adults 2020” book by the Young Adult Library Services Association; and other selections. It’s included among 10 of the Best Genre Blending Young Adult Novels of 2019 on Book Riot.

Author Danielle Jawando has written for the stage and television, including for the show Coronation Street, a very popular soap opera in the United Kingdom.

And The Stars Were Burning Brightly is Jawando’s debut novel. The story explores the aftermath of a young man’s suicide and his younger brother’s journey to find answers. Her book was selected as one of 5 UK YA Books to Read in 2020 in a Book Riot article.

Not only does author Muhammad Khan write, he’s an engineer and teacher too. Books by Khan include I Am Thunder and Kick The Moon. According to Pan MacMillan, “I Am Thunder was shortlisted for the YA Book Prize, won the Branford Boase First Novel Award, the 2018 Great Reads Award and a number of regional awards.”

In 2018, Book Riot published an interview with Khan. In that article, the author mentioned that the characters in I Am Thunder are inspired by his students.