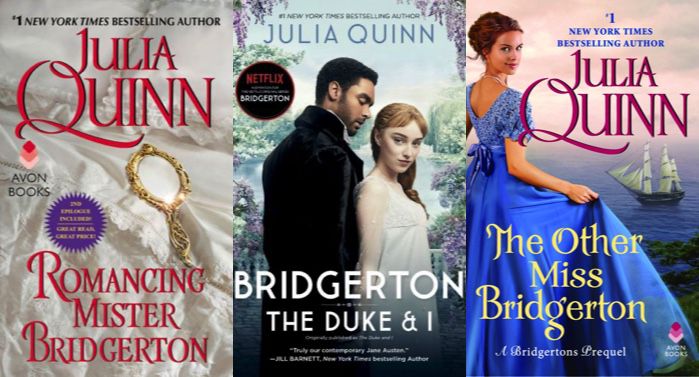 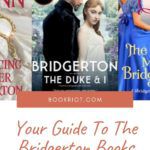 The long-awaited adaptation of Bridgerton is finally here! A candy-coloured adaptation of a beloved Regency romance series (with, thankfully, diverse casting) is just what we need to recover from 2020. If you weren’t familiar with Julia Quinn’s Bridgerton books before Shonda Rhimes’s production company adapted them, now is your chance to read all eight. And then, luckily for you, there are other Julia Quinn books to read. Here’s a guide to the Bridgerton books and a look at some of Quinn’s other novels.

The Bridgerton Netflix show is based on Quinn’s eight novels about the family. There are eight Bridgerton siblings and each one gets their own book, so season one of the Netflix show is mostly an adaptation of the first book in the series. We’ll have to wait and see how the show’s creators and writers plan to handle forthcoming seasons—they may blend books together, as some of the storylines happen concurrently even though they’re in different novels. One consistent plot thread through the books is the existence of Lady Whistledown, an anonymous gossip columnist whose risqué columns set off several of the events in each book.

I don’t think these books necessarily have to be read in series order. I started with book 6 and was able to catch up pretty quickly. But the books do follow one another, so here’s a breakdown of the series in order. 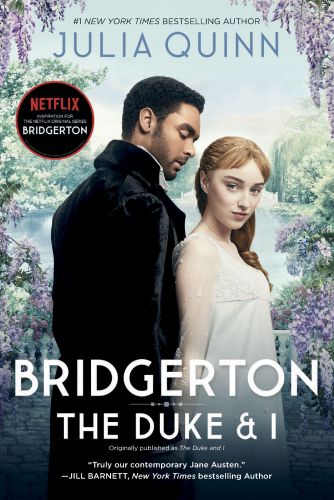 The Duke and I

If you’ve finished the show, you know that The Duke and I is about Daphne, oldest Bridgerton daughter, who enters into a fake courtship with Simon, a duke. The situation is supposed to benefit both of them—Simon will avoid other marriage-minded ladies and Daphne will attract notice from gentlemen who’ve overlooked her. But the more time they spend together, the more real their relationship starts to feel. So now, not only is Daphne falling in love with Simon while pretending to be in love with him, she’ll have to find a way to convince him that they should take their courtship from fake to real.

The Viscount Who Loved Me

The titular viscount here is Anthony, the oldest Bridgerton, who is enjoying bachelor life and has no plans to marry. Or so says Lady Whistledown. Anthony has actually decided it’s time to settle down, and he’s found the perfect ladylike candidate. Unfortunately, her annoying sister, Kate Sheffield, keeps getting in the way. Kate is determined to protect her sister from marriage to a notorious rake, but she finds that she’s not immune to Anthony’s charms after all. As they continue their battle of wits—and wills—they discover that they may be better together than they realize…

An Offer from a Gentleman

This book is a take on Cinderella. Sophie Beckett has been cursed with a mean stepmother and placed in the role of a servant—even though she’s an earl’s daughter. When she manages to sneak away to a masquerade ball, she has the night of her life, thanks to the “Prince Charming” she encounters there: Benedict Bridgerton. And though Sophie knows they can never be together, Benedict is determined to find his mystery woman. That is, if he didn’t keep getting distracted by a familiar-seeming woman dressed like a housemaid, who he seems to be drawn to against his will. 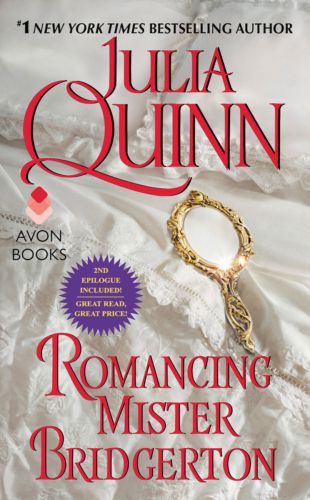 I think this is a favorite book in the series for many Bridgerton fans, because the main characters, Colin and Penelope, are so appealing. Colin is the third Bridgerton brother, a notorious charmer who has resisted settling down in favor of spending time abroad. But he’s tired of being thought of as nothing but a rake, and he’s especially tired of Lady Whistledown’s gossip column for implying that’s all he is. Meanwhile, Penelope has been watching Colin from afar for years—and has been in love with him for almost as long. When he returns from abroad and their paths cross again, Colin finds that Penelope isn’t the same wallflower she used to be. Penelope finds that she’s still in love with him. But she’s been keeping a huge secret that threatens to upend everything she holds dear, especially if Colin finds out.

To Sir Philip, With Love

Eloise Bridgerton is a spinster. She doesn’t have much to occupy her time, aside from her new correspondence with her deceased cousin’s husband, Sir Philip Crane. Philip needs a mother for his children, so he proposes, sight unseen, figuring Eloise is just desperate enough to accept. And though Eloise thinks the scheme is ridiculous, something in her makes her say yes…and then she’s off to the country to meet her match. Unfortunately, Philip turns out to be rugged and rough, not much of a match at all. But he is handsome. And his children need someone. And without the rest of society watching them, maybe they can find a way to connect.

When He Was Wicked

Michael Stirling, noted rake, has a secret. He’s been in love with Francesca Bridgerton since he first saw her. Unfortunately, the first time he saw her was just days before her wedding—to his cousin. Michael loves his cousin, and he grows to cherish Francesca’s friendship, too. But then the unthinkable happens, and Francesca is left alone. Can Michael convince her to see him as more than her trusted friend and confidante? 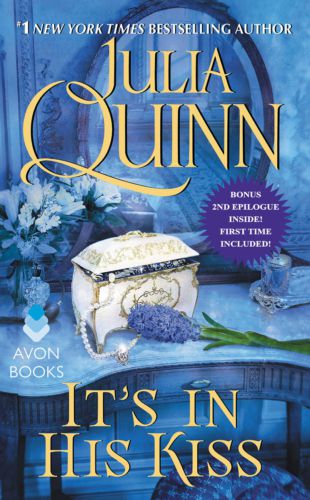 It’s in His Kiss

If there’s a Bridgerton everyone fears, it’s youngest daughter Hyacinth. She’s smart, outspoken, and fearless. Gareth St. Clair has always found her best in small doses. But now that his father is threatening to ruin his inheritance, and Gareth needs someone to translate an old diary written in Italian to stop him, Hyacinth is the only one who can help. Her Italian isn’t quite perfect, but the more time they spend together, the closer they are to finding the answers they seek.

On the Way to the Wedding

Gregory Bridgerton isn’t like his rakish older brothers. He believes in love at first sight. And when he first sees Hermione Watson, he knows it’s her. Unfortunately, she doesn’t agree—she’s in love with someone else, a man her best friend Lady Lucinda Abernathy has deemed a most improper match. So Lucy agrees to help Gregory win Hermione over. Lucy herself is engaged to a man her uncle chose, so there’s no risk of feelings getting involved…right?

Quinn is also currently writing a Bridgerton prequel series set in the late 18th century. It follows the Rokesby and Bridgerton families, country neighbors and close friends with children of marriageable age. So far, there are four books in this series: Because of Miss Bridgerton, The Girl with the Make-Believe Husband, The Other Miss Bridgerton, and First Comes Scandal. These books share a similar feel to the original Bridgerton books—a close-knit family, amusing shenanigans—but they don’t have quite the same charm as the originals, in my opinion.

The unfortunate Smythe-Smith family musicale makes an appearance in several of the original Bridgerton books. In the Smythe-Smith family, it’s tradition for the eldest unmarried daughters to form a quartet and play a concert every year…but they are all awful at music. The Smythe-Smith musicale is mostly an object of amusement in the Bridgerton books, but in this quartet of novels our main characters are the unlucky musicians themselves. These have a light, not-too-angsty tone and are lots of fun. The four books are Just Like Heaven, A Night Like This, The Sum of All Kisses, and The Secrets of Sir Richard Kenworthy.

Quinn has a number of other trilogies and duos. If you want to read more of her work, The Lost Duke of Wyndham and Mr. Cavendish, I Presume? are good places to start. Her website has a complete list of the rest of her books. And, of course, she’s still writing more.

Once you’ve read all of the Bridgerton books, and Quinn’s other work, you can move on to some of the many other great historical romances out there. Start with the work of Courtney Milan, Beverly Jenkins, Lisa Kleypas, Sherry Thomas, Eloisa James, Tessa Dare, and Jeannie Lin. If the humor and banter of Bridgerton are what you’re after, try Lydia San Andres’s A Summer for Scandal, Evie Dunmore’s Bringing Down the Duke, Minerva Spencer’s Notorious or Martha Waters’s To Have and to Hoax. And if you’re in the mood to read a whole completed series, here’s a list of recommendations.

You may also want to check out this Book Riot list of historical romance by Black authors and our suggestions for how newbies can get into historical romance. After all, it’ll be a long wait for Bridgerton season 2—thank goodness we have books to keep us occupied!