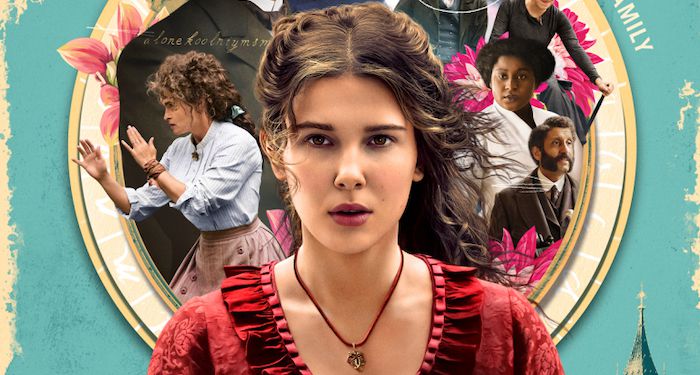 After watching the new Netflix film Enola Holmes, I discovered a genre niche I hadn’t even known I’d been craving. Suddenly I knew I wanted to read books like Enola Holmes. The movie worked its magic on me in so many ways. I fell in love with the historical setting, twisty mysteries, and clever protagonist standing up to society’s expectations of her. Enola and her pursuit of her missing mother completely drew me in. Her relationship with Tewksbury charmed me.

For those who haven’t read the Enola Holmes book series, I highly recommend starting there. If you also have an appetite for other books like Enola Holmes, check out the suggestions below. These include middle grade, young adult, and adult books that encompass aspects of Enola’s story that really captivated me. Some common themes include historical mysteries, lovable detective duos, spirited protagonists, Holmes relations, loyalty to friends, and quests for family. “Now, where to begin?” 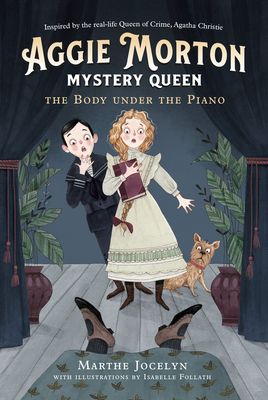 The Body Under the Piano (Aggie Morton, Mystery Queen #1) by Marthe Jocelyn and Isabelle Follath

If you’re looking for a historical mystery series celebrating another great mystery icon, check out Aggie Morton. Drawing inspiration from Agatha Christie and her Hercule Poirot, The Body Under the Piano tells the story of a young Aggie along the coast of England circa 1902. Like Enola Holmes, Aggie has an adventurous and analytical spirit. After meeting Belgian immigrant Hector Perot, the two new friends find a dead body in a dance room and set off to solve the case!

The Parker Inheritance by Varian Johnson

This middle grade historical mystery flashes between past and present as Black tween Candice takes on a decades old mystery. When Candice discovers a letter in the attic, she and her shy neighbor Brandon stumble upon a mystery left unsolved by Candice’s grandmother. Just as Enola Holmes deciphers the clues her mother left behind, Candice and Brandon begin decoding the letter. The pair soon dig up long buried secrets about Jim Crow–era Lambert, South Carolina. 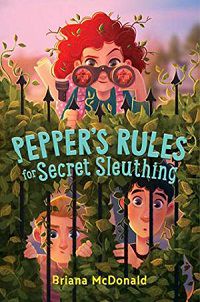 Pepper Blouse looks up to her late mom in the same adoring fashion as Enola Holmes does with her mother. She aspires to become a detective just like her mother once was. Like Enola and her palindrome name for alone, Pepper struggles to connect with others in the midst of her sleuthing. Then one day, Pepper spies a girl she may have just caught feelings for. She then finds herself investigating her own family’s secrets after her aunt mysteriously dies. 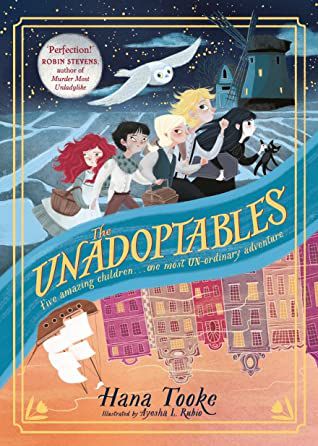 The Unadoptables by Hana Tooke and Ayesha L. Rubio

One night in 1886 Amsterdam, five babies are taken in by the Little Tulips Orphanage. Twelve years later the five children remain at the orphanage. Despite their hardships, this endearing group have each other to depend on. When a gentleman comes one night to take them into servitude, the five children escape. Like Enola Holmes, this story also focuses upon the quest for family. Following Milou’s elaborate theories about why her parents left, the children set off to find her family.

In the spirit of Enola Holmes, this series also stars a clever, teenage lady detective in Victorian-era London. Biracial Chinese/Irish orphan Mary Quinn gets rescued from the gallows and recruited into an investigative group known as The Agency. For her first assignment, Mary goes undercover as a lady’s companion in a merchant’s house. She soon becomes enmeshed in a house full of secrets. Come for the mystery, stay for the delightful romantic banter that ensues. 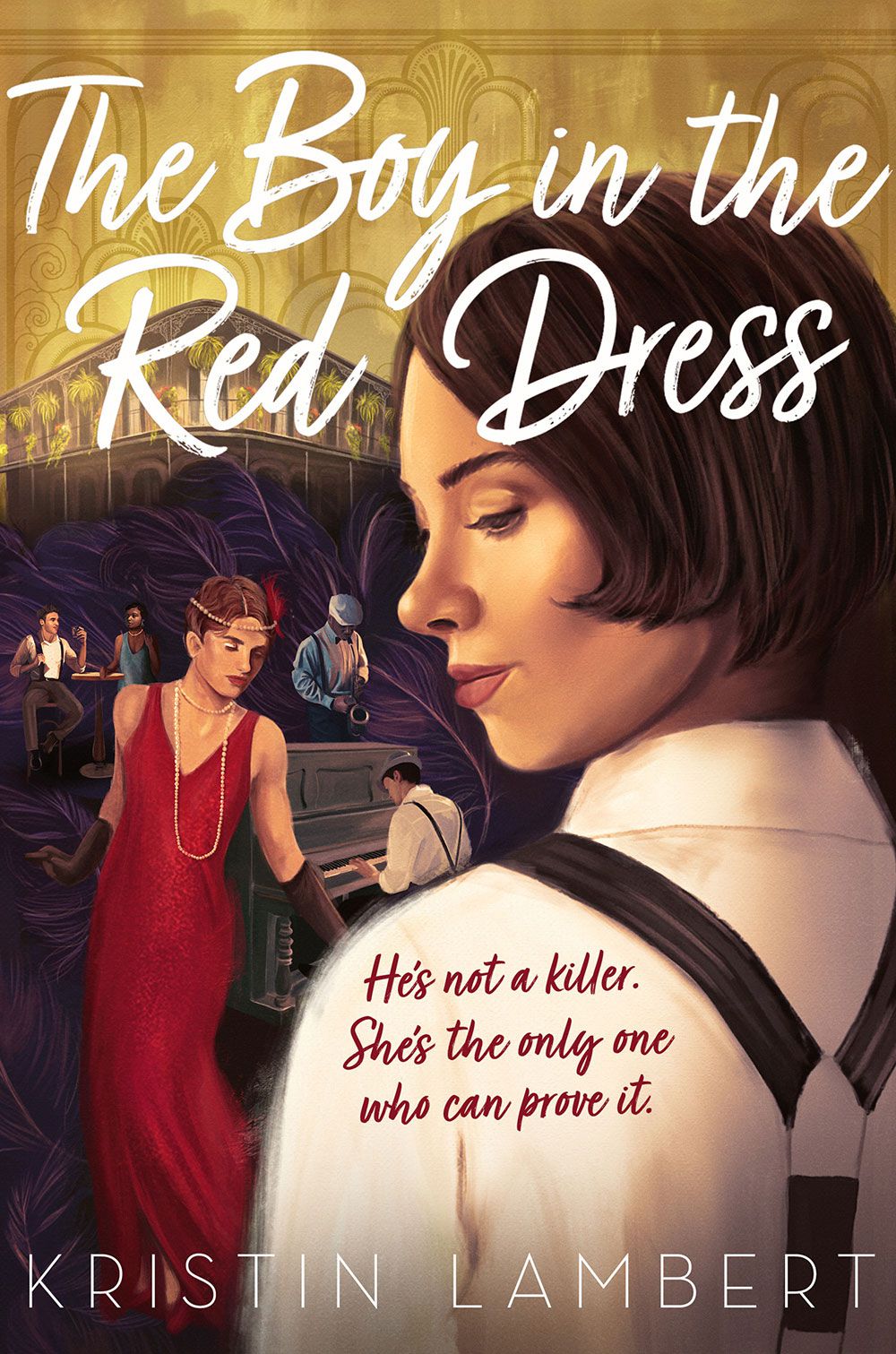 The Boy in the Red Dress by Kristin Lambert

Set in 1929 New Orleans, this historical mystery follows bisexual teen Millie at her aunt’s speakeasy. Millie’s best friend, Marion, has gained stardom as the boy in the red dress. When a girl falls from the balcony on New Year’s Eve, Marion suddenly becomes the primary suspect. Desperate to clear her friend’s name, Millie will do whatever it takes to find the real murderer. Steeped in romance, suspense, and queer representation, this story features a plucky heroine much like Enola Holmes. 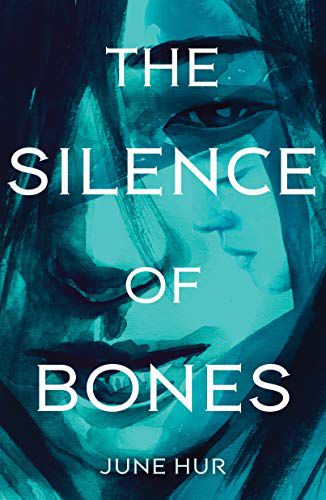 Seol lives in 1800 Joseon Dynasty Korea. Once a noble, she now works as a servant to the police after her family’s exile. Following a noblewoman’s murder, Seol gets paired with Inspector Han to investigate. However, her deepening friendship with the young inspector gets tested after he becomes a suspect. On top of the murder investigation, orphaned Seol also desperately searches for her missing brother. Like Enola Holmes, politics play a heavy role in this gripping historical mystery. Seol, like Enola, will also go to any length to find her family.

A Study in Charlotte (Charlotte Holmes #1) by Brittany Cavallaro

Craving a book like Enola Holmes involving another teenage relative of Sherlock’s? Sink into this present day mystery featuring Sherlock’s great-great-great-granddaughter, Charlotte Holmes. Fate throws students Jamie Watson and Charlotte together after they both get framed for a student’s murder at Sherringford prep. This Watson and Holmes partnership makes for a charming modern day adaptation of the classic Sherlock Holmes.

A Study in Scarlet Women (Lady Sherlock #1) by Sherry Thomas

Want another Charlotte Holmes story but with a historical London setting like Enola Holmes? Try Sherry Thomas’s Lady Sherlock series! Ready to break free of society’s expectations of women, Charlotte Holmes sets up a detective agency with former actress Mrs. Watson. Under the ruse of consulting her “brother” Sherlock Holmes, Charlotte puts her exceptional sleuthing skills to the test as she investigates a string of related murders. Like Enola Holmes, this book promises complex family dynamics, a pinch of romance, and lots of Sherlock Holmes references.

Immerse yourself in 1930s Singapore with this delightful historical mystery. Like Enola, SuLin possesses a keen intelligence and a thirst for freedom from society’s expectations. To avoid an arranged marriage, SuLin becomes governess to the governor’s daughter. Why was the post empty, you may wonder? Well, the previous governess seems to have been murdered. When another murder takes place, SuLin joins forces with Chief Inspector Thomas LeFroy to get to the bottom of it.

Veronica Speedwell is clever, unabashedly herself, and on the run. (She and Enola Holmes share a lot in common.) The young lepidopterologist finds her butterfly hunting plans dashed after narrowly escaping an abduction with the help of Baron von Stauffenbach. The plot thickens after the baron leaves Veronica in the care of his friend Stoker and later turns up dead. Now primary suspects, Veronica and Stoker embark on a thrilling adventure to solve the mystery, with quite a bit of snarky banter thrown in along the way. 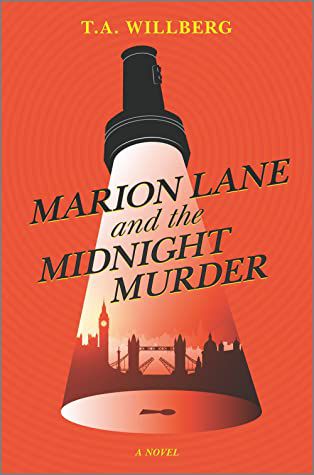 Marion Lane and the Midnight Murder by T.A. Willberg

When Scotland Yard needs help with a difficult case, call Sherlock and Enola Holmes. Or, try Miss Bricket’s Investigations & Inquiries, a most mysterious detective agency operating in 1950s London. Just as a feminist cafe hides a martial arts studio in Enola Holmes, Marion Lane’s bookshop conceals Miss Bricket’s base. While undergoing her first year of training as an Inquirer, Marion soon gets caught up in a mystery involving the murder of another Inquirer. But what if the murderer hides within Miss Bricket’s ranks?