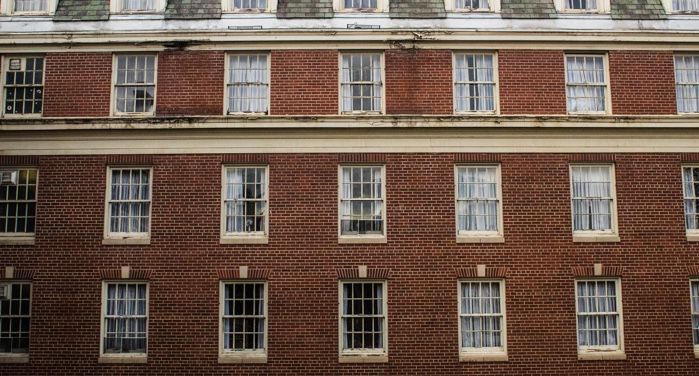 The Institute by Stephen King, now available in paperback from Gallery Books. 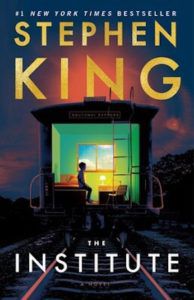 Stephen King’s #1 bestseller The Institute is now in paperback! Young Luke Ellis has woken up in a faraway room that looks just like his own. But he soon finds that this mysterious place houses several other kids who all possess very special abilities…and the ruthless staff here is dedicated to extracting the force of their extranormal gifts. As each new victim disappears, Luke becomes desperate to somehow find a way out and get help—even though no one here has ever escaped. If you love Stranger Things, get your copy of The Institute wherever books are sold.

Institutions, by nature, are creepy as hell. The word itself invokes images of boarding schools where teachers completely ignore Pink Floyd’s advice to leave those kids alone. Some are built on the edge of hell with all the associated proximity effects. There are asylums where the doctors aren’t practicing good medicine. Then there are school organizations with nefarious beginnings and intentions such as the Skulls from the movie of the same name. Most people have a specific book or movie that they think of when they read or hear the word.

It doesn’t matter whether the root of the sinister nature is supernatural or man-made: it is still unsettling and will send shivers down your spine. Much like the haunted house trope, sinister institutions aren’t going anywhere anytime soon. Below you’ll find some good examples from the past, present, and near future with institution settings. I will endeavor to not delve too much into spoiler territory in the blurbs below.

Down a Dark Hall by Lois Duncan

I will start the first book that sprung to mind when I started writing this post. Kit Gordy is one of four girls who are part of the inaugural class at Blackwood Hall. She can’t shake the feeling of dread she has when she first sees the outline of the school. The gossip from the town about it being haunted also isn’t helpful. When the girls start having similar strange dreams, Kit realizes that something very wrong is going on here—but it may already be too late. This book is one of my childhood favorites. I’ve lost count of how many times I’ve reread it. As a heads up, there are two different versions of this book: the one originally written in 1974, and the updated one from 2011. No matter which one you pick up, you’ll be in for a fun ride. 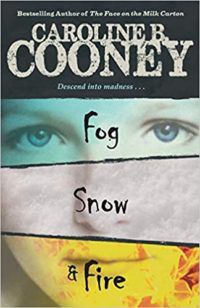 Fog, Snow, and Fire by Caroline B. Cooney

This trilogy’s heroine, Christina, notices her schoolmates acting strangely shortly after moving into the Shevvingtons’ boardinghouse. The Shevvingtons appear to be a normal and loving couple to all the other adults, but Christina knows about their sinister nature. The books take place over her year at their school, where her ultimate goal is to make it out alive. This was originally released as a trilogy in the 1990s and is now available as an omnibus. This YA series likely set a lot of younger readers down the path for horror and suspense, so it deserves its place on this list.

The Dead Girls of Hysteria Hall by Katie Alender

Sixteen-year-old Delia has inherited a house from her aunt that comes with a troubled past. In its heyday, it was the Piven Institute for the Care and Correction of Troubled Females. In reality, it was a jail designed to break the wills of strong-willed young women. Delia fits this descriptor herself. Some of these women still haunt the hallways of the house. Then one night she becomes trapped there through the power of the house. She has to uncover the house’s dark secrets—not just of the girls who were unwilling patients, but the full horrific history and secrets that the house is still holding onto. 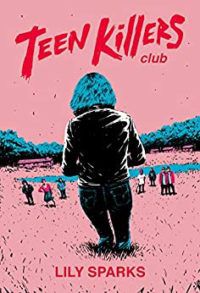 This isn’t out yet, but hear me out on the plot first. Seventeen-year-old Signal Deere has been framed and convicted for the murder of her best friend Rose. This marks her as a Class A, the most dangerous, manipulative criminal profile. Rather than go to prison, Signal opts to join the secret program for other Class A’s under the age of 18. She is sent for assassin training at an abandoned sleep-away camp.

The Dreaming by Queenie Chan

This is a manga that stars identical twins Jeanie and Amber, who enroll at Greenwich Private College. Once there they discover that over its 100-year history, students have wandered off into the wilderness never to be found. Soon after, they begin to have strange and eerie dreams about the missing girls. They begin their investigation into what led to all of these disappearances, while trying to avoid the disapproving vice principal who appears to harbor a prejudice against the twins.

The Devil in Silver by Victor LaValle

This entry from the prolific LaValle takes place in New Hyde psychiatric ward. Pepper, our protagonist, finds himself the latest unwilling patient here with no clue as to why. He gets attacked by a creature with the body of a man and the head of a bison on his first night there. He assumes this is a hallucination until his fellow inmates tell him otherwise, likening the modern day Minotaur to the Devil. Pepper and some of the other inmates are determined to stop this creature by any means necessary. Of course nothing is what it seems here, and LaValle once again puts his unique spin on the trope of the institution, creating a unique entry into the horror genre. 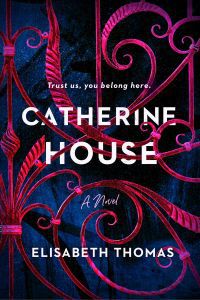 Another story that takes place in a prestigious school, this book has taken the book world by storm since its publication in May of this year. Taking place in the titular school, Catherine House is an institution where, if one is extremely lucky, they will be given free tuition, room, and board. In exchange, the school requires three full years of your time, closed off from rest of the world and loved ones. Are these three years of total isolation worth the price of the career of your dreams? Ines Murillo is about to find out when she becomes one of the selected few in this new gothic horror novel.

Tommy, Ruth, and Kathy were three students at the prestigious Hailsham Academy when they were younger. There, they forged a friendship among the ever present cliques and strict teachers. During their time at Hailsham, the sinister nature behind the academy is revealed to them and what their purpose is on this earth. This one is different from others in the list so far since the sinister reveal is not wholly supernatural and lends more towards the man-made variety. 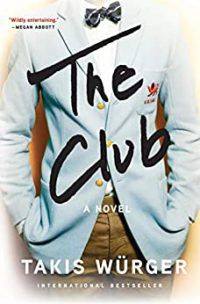 The Club by Takis Wurger, Translated by Charlotte Collins

Orphaned at a young age, Hans Stitchler is under the guardianship of his Aunt Alex, who is an art history teacher at Cambridge University. She promises to help him get a full ride at the school, provided he helps her take down the male-only Pitt Club. Armed with a perfect on paper fake resume, Hans tries to prove himself to be Club material. When he falls in love with a fellow student, the lies begin to unravel, as well as the dark history surrounding the club and his aunt’s obsessive drive to take it down.