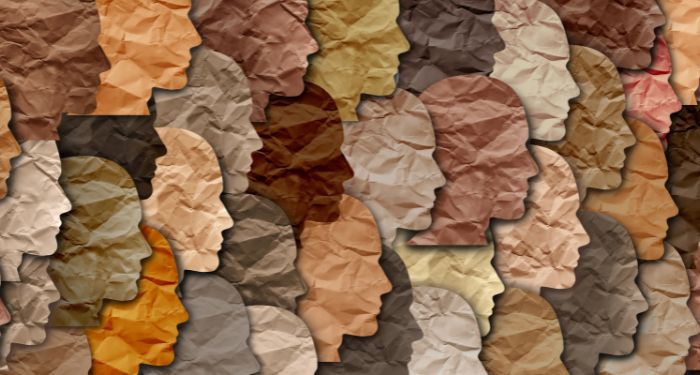 The best history books for historical eras? That’s a grand sweeping topic, isn’t it? Mel, give me the top tier nonfiction history books that span the entire history of the world. There’s only tens of thousands of books to sift through, running the gamut of two and a half million years, give or take. No pressure.

But! It’s actually not as impossible as you might think. Scholars have already spliced our collective history into major historical eras, so instead of reinventing the wheel, we’ll break this insurmountable task down into manageable bite-sized chunks.

If you’ve been wanting to reintroduce yourself to a specific era of history, or would like a starting point to get more familiar with global history in general, then this is the list for you. This is a great launch point for new or aspiring history buffs or just for anyone who wants to satisfy their own curiosity. For those with a passing interest in historical nonfiction, or for whom it’s something you’ve never really thought about and are intrigued by, let these recs give you a place to begin.

Is this a fully comprehensive list? Absolutely not. We’d be here all day. Have mercy on me. This is, however, a list of highly rated, critically-acclaimed historical nonfiction from trusted sources that, at times, view their slices of history from a unique perspective or a different lens than what we’re normally taught. This list checks in on various parts of the world to see what they’ve been up to. We’ll highlight 2-4 books for each era. 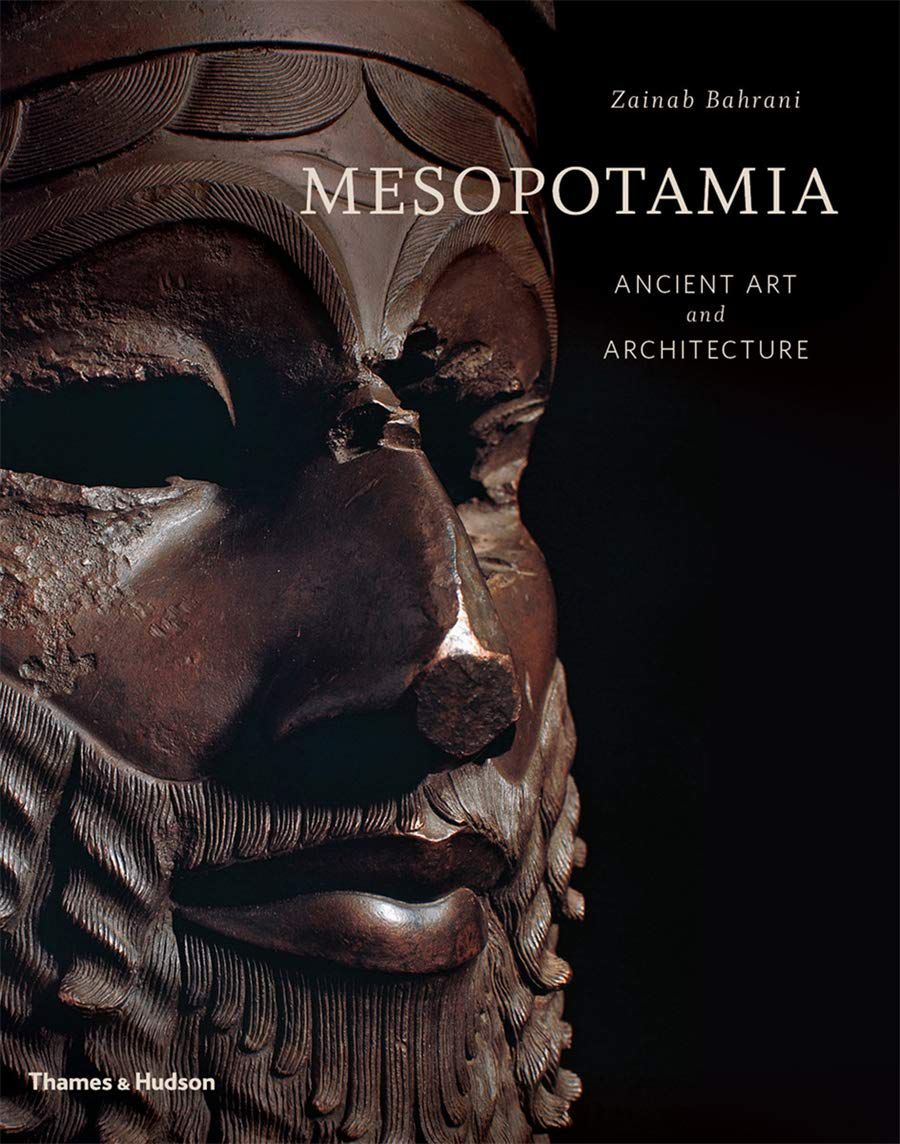 Zainab Bahrani, an archaeologist and professor of Ancient Near Eastern Art and Archaeology, takes us back to 8000 BCE and meticulously walks us through the art and architecture of ancient Mesopotamia all the way to the arrival of Islam in 636 BCE. Enjoy 500 gorgeous full color photographs documenting Mesopotamia’s art and architecture, maps, timelines, and a wealth of information on the collecting and conservation of ancient practices. Bahrani also covers the cities of Ur, Babylon, Nineveh, Hatra, and Seleucia.

When Women Ruled the World: Six Queens of Egypt by Kara Cooney

Egyptologist Kara Cooney chronicles the lives of six female pharaohs who ruled in ancient Egypt: Merneith, Neferusobek, Hatshepsut, Nefertiti, Taworset, and Cleopatra. As one of the few societies in history that provided women access to the highest political office of their country, Cooney studies why and what Egypt gained from its openness to female leadership. 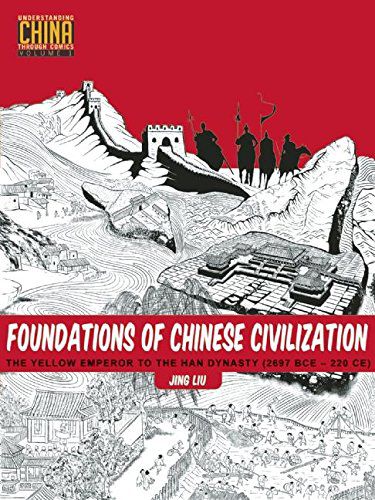 Foundations of Chinese Civilization: The Yellow Emperor to the Han Dynasty by Jing Liu

Learn about China’s ancient history through artist and designer Jing Liu’s graphic novel covering China’s early history, spanning five thousand years up to 220 CE. Liu explores the origins of Confucianism and Daoism, the Silk Road, and the following dynasties: the Shang Dynasty, the Zhou dynasty, the Qin Dynasty, and the Han Dynasty. This is a wonderfully visual way to depict Chinese history and culture and how it changed over vast swaths of ancient history. 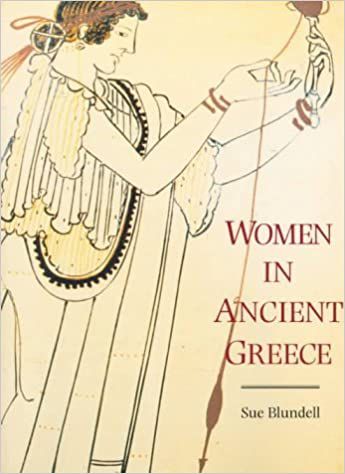 The history of ancient Greece is largely told to us through the perspective of men, since women were not allowed to play many roles in public society. Susan Blundell, a professor at the University of London who specializes in Greek and Roman philosophy, uses any and all depictions of women in ancient Greece (from art to legal documents to medical writings to poetry) to form a picture of what women’s lives were like. 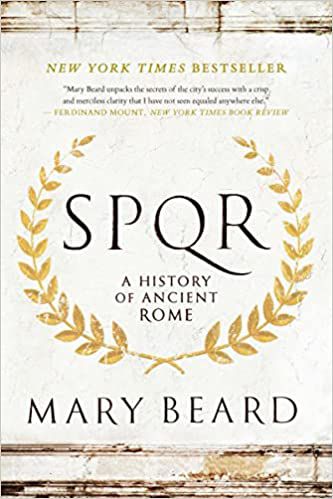 SPQR: A History of Ancient Rome by Mary Beard

Mary Beard, a scholar on Ancient Rome, tucked a thousand years of the Roman Empire’s reign into this thorough look at how the empire rose to power and the social aspects of Roman culture. She pays close attention to the lives of ordinary citizens, giving us an in-depth snapshot into how they lived, how they earned money, and the laws and institutions that dictated their social lives. This, juxtaposed with the politics of the major players in the Roman Empire, provides a more complete picture of life during Ancient Rome. 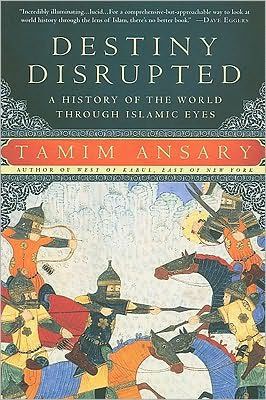 Destiny Disrupted: A History of the World Through Islamic Eyes by Tamim Ansary

Although this nonfiction history novel spans multiple eras, it begins with the birth of Muhammed and the founding of Islam. Tamim Ansary details the evolution and the history of the Muslim community and how Muslim civilizations and Western civilizations intersected with each other. Ansary walks us through the history of the Empire of the Umayyads, the Ottomans, the Safavids, the Moghuls, and other rich aspects of Islamic history and culture. 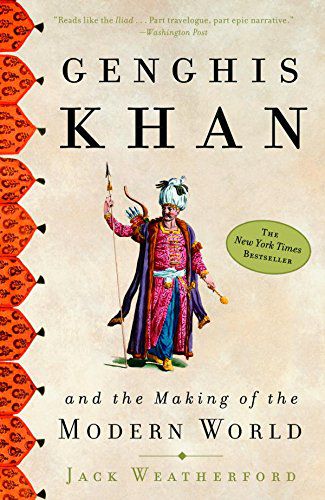 This wouldn’t be a complete list if we didn’t talk about the largest empire in history. The Mongolian Empire was five times larger than the Roman Empire, and it began under the leadership of Genghis Khan. Weatherford, a cultural anthropologist and professor, chronicles the lands Khan conquered and how communication, trade, and culture changed as a result.

The Middle to Late Middle Ages 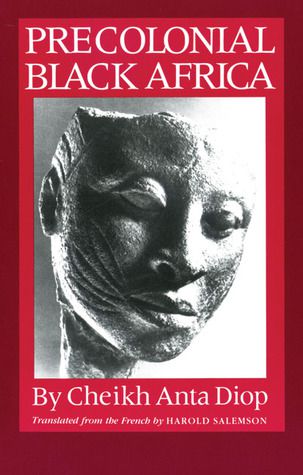 Cheikh Anta Diop, a historian and anthropologist, focuses on the rich cultural and political history of African civilization before it was colonized, and demonstrates how those societies contributed to Western civilization. Diop’s pages cover the empires of Ghana, Mali, Songhai, Great Zimbabwe, and the kingdoms of Ashanti and Ga. We look at how these empires and kingdoms governed themselves, and how economic systems moved and thrived along the Trans-Saharan trade route and in the market towns of Timbuktu, Kano, Salaga, Mombasa, and Sofala. 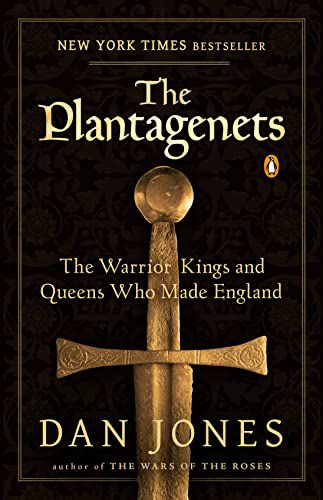 The Plantagenets: The Warrior Kings and Queens Who Made England by Dan Jones

The House of Plantagenet ruled England from 1154 to 1485, and created England as we know it today through eight generations of kings. Historian and journalist Dan Jones tackles their reigns, their contributions, their wins, and their failures as England grew and changed. Major European and world events involving or directly influenced by them are covered here, including the Crusades, the creation of the Magna Carta, the Hundred Years War, the wars with Scotland, and the house’s contention with the Catholic Church. 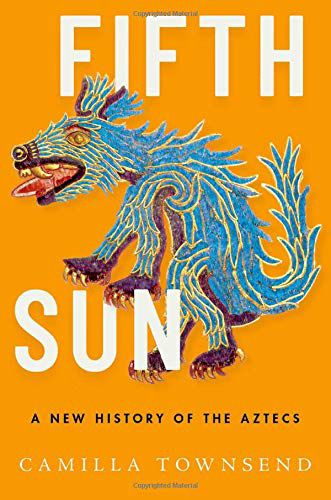 Fifth Sun: A New History of the Aztecs by Camilla Townsend

Historian Camilla Townsend wanted to document the history of the Aztecs and what happened to them during the European invasion, but not through what was written about them by the Spaniards at the time. Through their own words. Townsend collected and translated primary sources written by Aztecs who had learned the Roman alphabet or wrote detailed histories in Náhuatl. This book is the English-translated collection of those historical annals, providing a snapshot of Aztec life up to fifty years before the Spanish conquest and after. 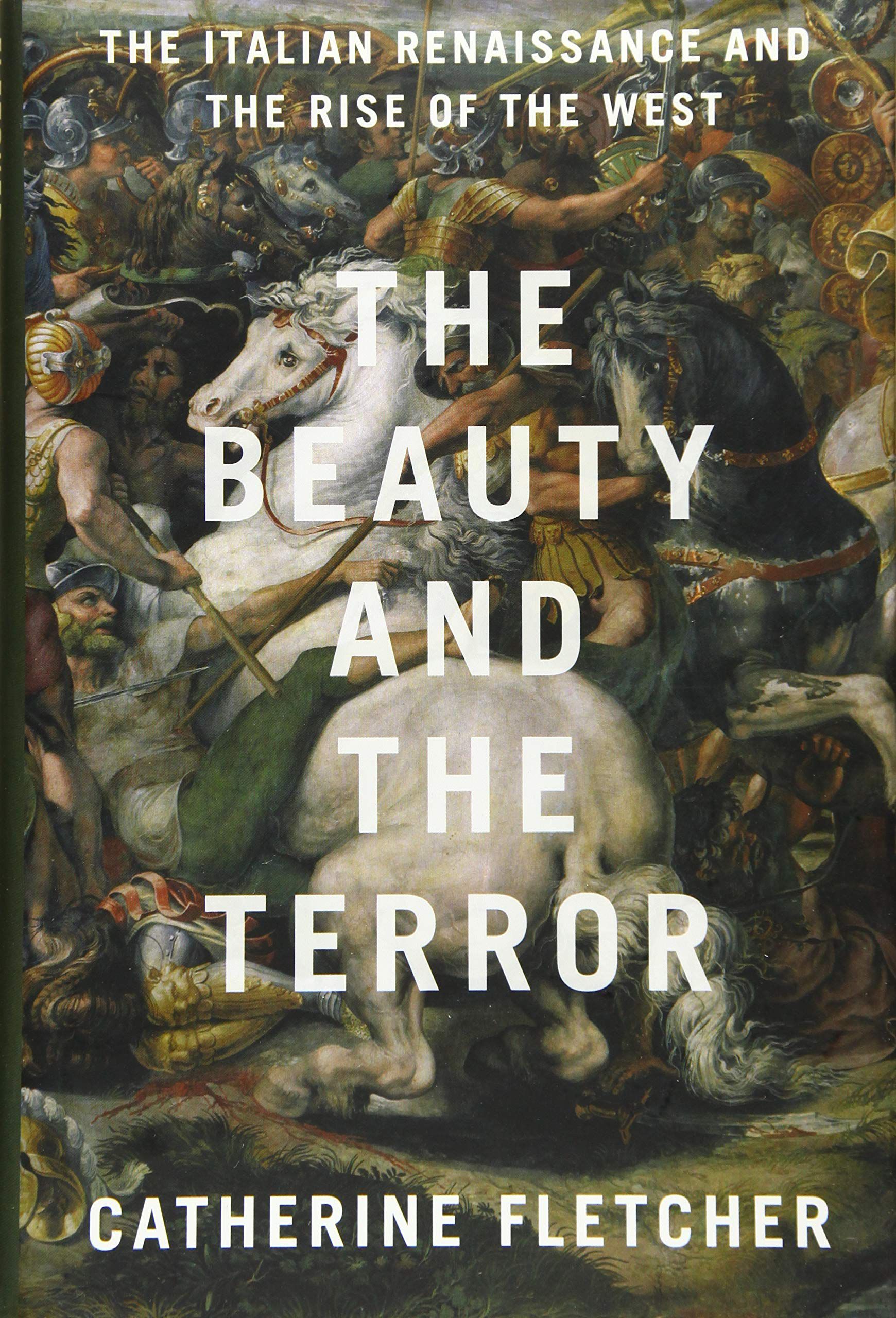 The Beauty and the Terror by Catherine Fletcher

Welcome to the Italian Renaissance, which single-handedly transformed European society through scientific innovation, artistic expression, philosophical teachings, and the birth of printmaking and gunpowder. Yet for all history focuses on the art and achievements of the era, much went on behind scenes. Early modern era and Renaissance historian Catherine Fletcher is more interested in the wars that waged on in the background between Spain and France, Catholics and Protestants, Christians and Muslims. The art and the conflict coexisted, after all. 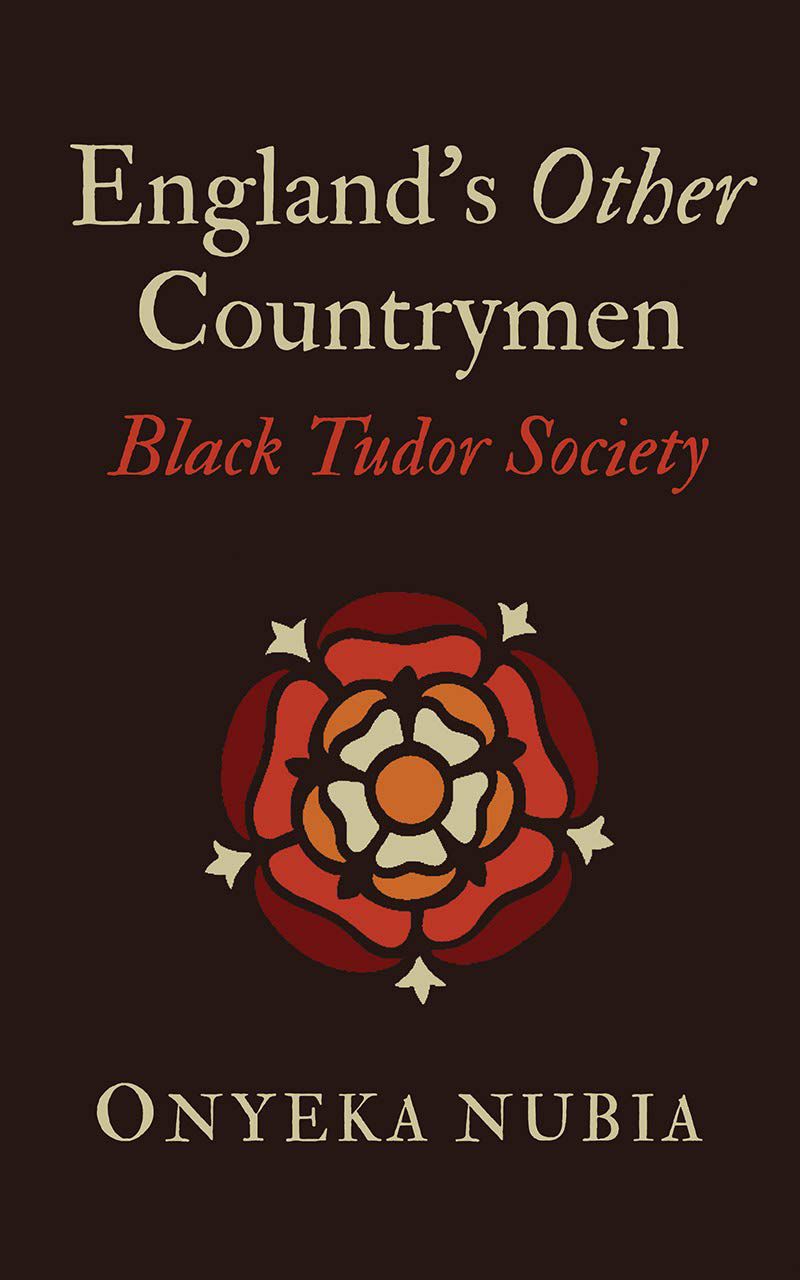 England’s Other Countrymen: Blackness in Tudor Society by Onyeka Nubia

The Tudor period in England and Wales stretched from 1485 to 1603, and concluded with Elizabeth I’s death. Most depictions of the Tudor era are overwhelmingly white, with the assumption that people of color just didn’t exist in Tudor England. Historian Onyeka Nubia is here to remind you that this is blatantly false, and reveals the breadth and depth of cultural exchange at the time, interaction between Tudors and people of African descent, and how race was viewed during that era. 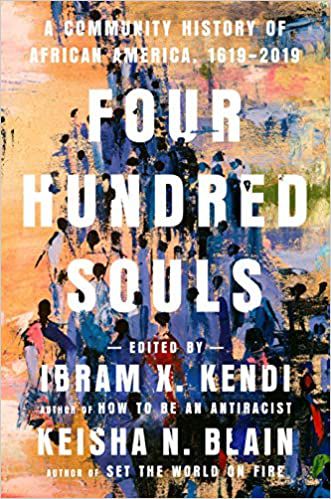 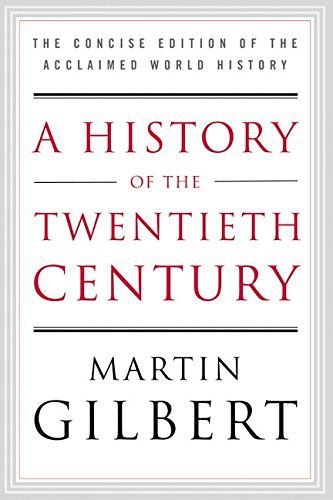 A History of the 20th Century by Martin Gilbert

For a comprehensive look at the major world events of the 20th century, look no further. Historian Martin Gilbert goes year by year and chronicles the technological and scientific advancements as they occurred, every major war and conflict around the world, our journeys into space, and the ever evolving and influential aspect of the arts, literature, religion, and music.

The Guns of August by Barbara Tuchman

Historian Barbara Tuchman won a Pulitzer prize for her account of the first thirty days of the First World War. This book is lauded as one of the places to begin when learning about WWI. Tuchman paints a portrait of each European nation’s economical, political, and cultural relations to one another before the war began, and details its beginning with painstaking care to help us understand how we got to the point where 37 million soldiers and civilians died. 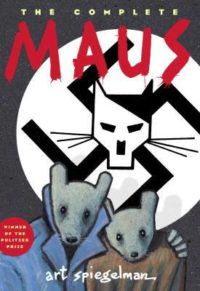 Spiegelman also won a Pulitzer Prize for his graphic novel depicting the Holocaust during WWII, and for good reason. Spiegelman drew on his parents’ experiences in Poland during the war, from their relocation to a ghetto to their imprisonment in Auschwitz to their liberation. This is a creative and memorable way to preserve and teach the horrors of the Holocaust during the deadliest war in all of human history.

That is a lot of history. If you’re not satiated, go down these rabbit holes for even more historical nonfiction recommendations!