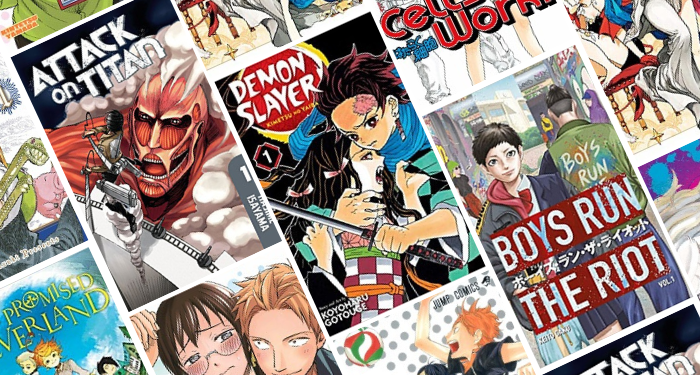 Manga, manga, manga! There’s so much manga to read. The options available in English have never been more plentiful and diverse than now. But if you’re delving into manga for the first time, maybe you don’t want to start with an epic, unfinished saga. (No shade, One Piece. You have your place in manga history, and no one will dispute that, but with 100 volumes released in Japan and 98 of those available in English, we can’t pretend the length hasn’t become a barrier to entry for folks new to the format.) That said, maybe you’ve read a few standalone, single-volume manga and want to try something longer. What are the best completed manga series out there?

To start with, if you’re a newbie and haven’t checked out this list of best manga, it begins with a selection of completed series. I recommend those titles as a place to start. But let’s say you’re not so new to manga and have already read them, you probably want some newer completed series. Fair enough!

Thankfully, some popular series recently concluded their runs, and their final volumes are now available in English. And best of all, there’s something for everyone!

No list of recently completed manga could leave out this global phenomenon. The manga has been a constant on bestseller lists. Its anime adaptation — including the recording-breaking film Mugen Train — entertained audiences during a pandemic. And its mangaka made the Time100 Next list! Don’t be fooled by the familiar premise of a boy becoming a demon hunter to save his sister. Demon Slayer puts a fresh spin on things and adds a few twists: an interesting setting (Taisho Era Japan), multiple takes on sibling relationships, and the most cinnamon roll protagonist to ever cinnamon roll. 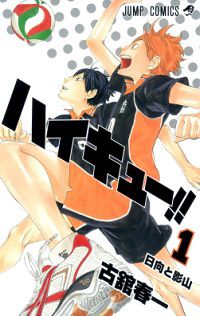 Sports manga have been overshadowed during the current North American manga boom, but if you haven’t explored this wonderful genre, I recommend doing so, because it’s a fun ride. Haikyu! drops readers into the world of high school volleyball via a short guy who can jump very high and a talented setter with a difficult personality. And in a rarity for the genre, Haikyu! takes readers beyond graduation and into the world of professional sports.

The Promised Neverland by Kaiu Shirai and Posuka Demizu

There’s a saying that endings can make or break a series. And depending on the choices made by an ending, people can end up loving a series and considering it the best thing ever or the complete opposite. The Promised Neverland is one such example. But regardless of how you feel about the ending, the story of pampered orphans discovering they’re being cultivated as a food source for demons remains one of the most original manga concepts in recent memory. 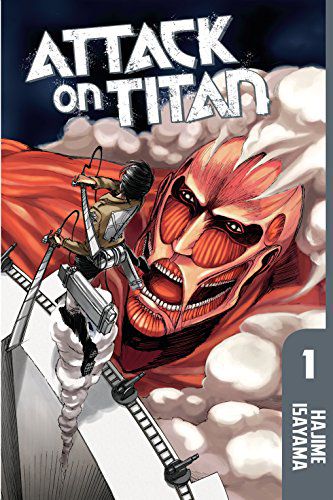 Attack on Titan by Hajime Isayama

Speaking of polarizing, Isayama’s dark tale about a world besieged by man-eating giants ended in 2021. Regardless of how you feel about Attack on Titan and where you fall on its subject matter, it is one of the most significant manga series from the last decade. For better and for worse. 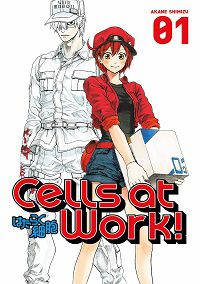 Cells at Work by Akane Shimizu

Who says educational manga is boring? Shimizu’s manga — and its many spin-offs — explore the human immune system by anthropomorphizing its many components. Unexpectedly timely after the advent of SARS-CoV-2, it presents the basic concepts of immunology in an accessible and fun way. As a bonus, people with a background in biology will appreciate the humor and sly references. 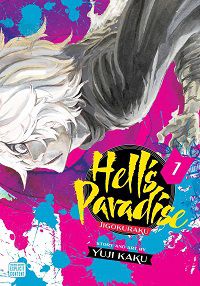 While this list mostly consists of collected volumes of the best completed manga series, you’ll miss out on some titles if you limit yourselves to only that format. If you look at manga available on apps, you’ll find lots of gems like Kaku’s story about the only female executioner from the legendary Yamada Asaemon clan, a ninja sentenced to death, and their quest to find an elixir that grants immortality. But if you’d rather skip reading manga via digital apps, don’t worry! Hell’s Paradise is also being released in collected English volumes. 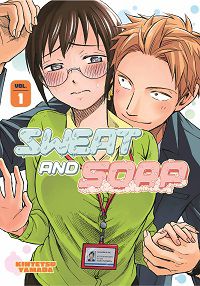 Sweat and Soap by Kintetsu Yamada

Don’t worry, romance lovers. I haven’t forgotten about you. This office romance features a woman who works at a personal care product company that makes her favorite toiletries. Why are they her favorite? The company makes the only products that mask her natural body scent, which she’s embarrassed by. But then one day, she meets Koutarou, the company’s top product developer and guess what? He happens to love how she smells! A little awkward, a little weird, and a lot sexy, this romance manga is for readers seeking adult characters in an adult relationship that veers a little off the beaten path. 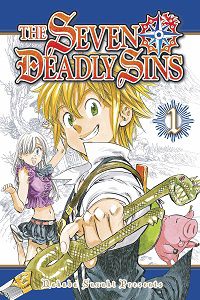 Ten years ago, a group of knights known as the Seven Deadly Sins were framed for plotting to take over the kingdom. Now, they’re disbanded, and the kingdom has been taken over by tyrants. Oops, guess they weren’t the bad guys! But Elizabeth, the kingdom’s third princess, isn’t about to let this stand. She seeks out the knights’ former captain, hoping to assemble a group capable of saving her home. Of course, there’s a little bit more going on here than that. Let’s just say that Seven Deadly Sins as a name isn’t just for show. 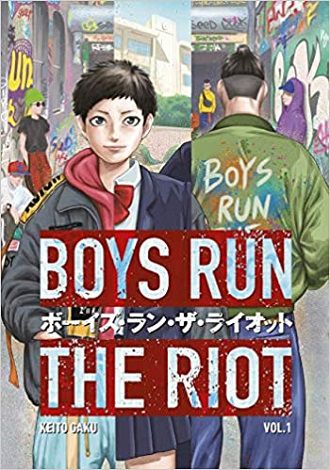 A queer manga by a queer creator localized into English by a team consisting of queer members, Boys Run the Riot is one of the best completed manga series to be published in recent years. It’s an authentic and realistic look at what it’s like to grow up trans in modern Japan. If you want a break from all the supernatural and fantastical stories that dominate manga, you will not go wrong with this series. 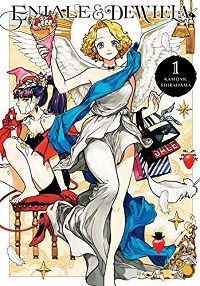 Did you love the dynamic between Crowley and Aziraphale from Good Omens? Then you’ll love Eniale and Dewiela. Shirahama is better known for her other series, Witch Hat Atelier, but this title takes readers on a fun romp while exploring the chaotic friendship between a fashionable angel and an equally fashionable demon. And at three volumes, this is one of the shorter completed manga featured on this list.

Hope one of these series caught your interest! And if you’d like to explore beyond the best completed manga series, be sure to follow our ongoing manga coverage.