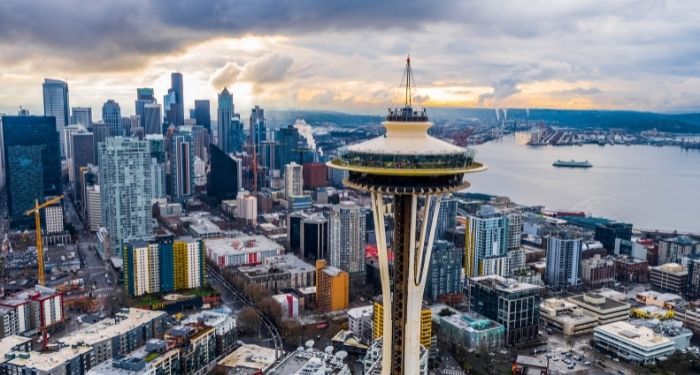 Ever been curious what the best cities for book lovers are? Lawn Love, a company focused on revolutionizing the lawn care business, recently did a study to explore which cities make the mark and which fall short in honor of National Family Literacy Month.

The study looked at the 200 biggest cities across the United States, comparing access to a wide variety of book acquisition variables. Among them were public libraries, bookstores, Little Free Libraries, book clubs, and events dedicated to books and reading. Another variable they looked at was the availability of books “in the wild,” based on users on BookCrossing who share books they’ve found, released, and tracked via the website.

The company ranked the top 200 cities from best cities for book lovers to worst cities for book lovers, based on overall scores out of 100 possible points. Each of the following variables were weighted to determine a city’s score, using information from Antiquarian Booksellers’ Association of America, BookCrossing, CareerOneStop, Everfest, IndieBound, Little Free Library, Meetup, Silent Book Club, and Yelp:

So what were the best cities for bookworms? It won’t be surprising to see that highly populated areas were among the best performing via the above metrics. Some of the reasons are straightforward: more use of the internet to connect, more space and staff for libraries and bookstores, and more density, leading to more opportunities for connection.

The Worst Cities for Bookworms

With a look at the best, what were the worst cities for bookworms? Again: take these rankings with a grain of salt, knowing that many are smaller cities — ranking the top 200 cities across the US gives a lot of variability — and many are not going to be as fruitful in what they offer within a 5-mile radius. A good example would be Joliet, Illinois, which ranks near the bottom, but is near to Naperville, Illinois (ranked 68) and a quick trip to Chicago (ranked 13).

It’s likewise not surprising to see that cities along the Mexico border — Brownsville — as well as desert cities like Henderson (a Vegas suburb), Enterprise, or Sunrise Manor rank near the bottom. Many of the cities here are less wealthy than their counterparts at the top of the list, and many have significant populations of historically underrepresented groups who may not be as active in the online book world or have the resources for well-funded, vibrant libraries or bookstores.

Henderson had the lowest rank for books for sale, a three-way tie for lowest access to book rentals and book swaps between the Nevada cities of Spring Valley, Enterprise, and Sunrise Manor, a tie among those same Nevada cities, as well as Brownsville, Moreno Valley, Palmdale, Corpus Christie, and Joliet for least bookish communities, and a tie among all but Brownsville and Henderson for least number of events (Henderson ranked at 96 for this, roughly in the middle of the list!).

None of these are especially surprising, though it’s clear that southern California has a well-established and flourishing bookstore community. New York, Chicago, Houston, Los Angeles, and Philadelphia all offer the most public libraries, and Minneapolis makes the top five for Little Free Libraries — the company is located a short drive from the city.

Given how the data for book clubs was acquired — presumably Yelp, Meet Up, and Silent Book Club — there’s plenty of skewed information here. But the top book club cities are not a surprise, whereas the fewest book club cities offers something to think about. Why is Lakewood, Colorado, a major suburb outside of Denver, at the top of the list? Perhaps there are thriving book clubs but that information isn’t shared on the sites consulted. Same with both Springfields — Missouri and Massachusetts. The data isn’t clear where library or bookstore book clubs, as well as smaller, organizational book clubs or virtual book clubs may fit into the rankings.

Finally, the book events will be little surprise, either. Seattle and Portland are giant cities, where Austin holds the annual Texas Book Festival. The fewest book events and festivals list are not all small metropolitans, but instead, a number are close to larger cities where those festivals tend to be held. In other words: they’re not inaccessible to those communities.

Want to learn more or see where your city lands on the list? Check out the full study here.