As someone who belongs to a culture wrought with superstitions, witches and witchcraft has always been something to fear. In our region of South Asia — consisting of Pakistan, India, and Bangladesh — it is a common belief that if you see a woman wandering in the dark, check her feet, and if the feet are in the direction opposite to that of her body, you run.

It wasn’t until later that I realized that superstitions, like so many other beliefs, are actually a manifestation of another internalized fear. In this case, the fear of a powerful woman. Then you can say my first real introduction to witches beyond the realm of superstition was when I watched the first episode of Sabrina the Teenage Witch, in which Sabrina’s aunts drop in on her as she has her first levitation, indicating the beginning of her journey.

This show to me was a revelation. I was struck by the ordinariness of Sabrina, but also the secret identity that she harbored. She had similar problems as I did, minus navigating being a teenage witch, and somehow amidst the chaos that is young adulthood sometimes, she made me feel less alone.

My perspective on what it means to be a witch had already evolved to a point where I would stand in front of the mirror to summon my inner power when I stumbled upon Charmed. Now, apart from thinking why no one was intervening and stopping me from watching these clearly PG-rated shows, watching the three sisters come together in strength awakened a sense of ferocity in me that had previously been foreign. The Halliwell sisters were met with demons you couldn’t imagine escaping, but they did. Their breakdown of powers and resourcefulness was something that made the concept of witchcraft feel like something within reach.

Then, as in all things, my interest transitioned from TV to literature. I became fascinated by the books available to me, but it wasn’t until I read Practical Magic for the first time that I felt that rush again. From then on, I have consumed witchy literature in bulk, ranging from Witches of New York to the expansive nonfiction The Witches, an account of the Salem Witch Trials by the one and only Stacy Schiff.

Over the years, consuming literature has influenced my approach to understanding witchcraft. And while I don’t practice as much as I’d like, I do consider myself a witch, an honorary one at least, where I am the first to brew tea to mend a broken heart and always await in awe the coming of the full moon.

My intent here is to pick some reads that have shaped my idea of what it means to be a witch and to help you visualize the witchy version of yourself that you want to become and some of the best beginner books to get you started. I have divided the types of witchcraft out there into four very broad categories, and my list is in no way complete. But with that, let’s get brewin’.

Those who practice the Wiccan tradition are known as neo-pagans, as their beliefs arise from the pre-Catholicism era. From tarot cards to aura cleansing to crystals, Wiccan practices are many, but at the center of them all remains the principle “Harm None.” Lacking any formal structure, their belief is grounded in spiritual experiences and rituals. This is very similar to what the Owen women prescribe in the Practical Magic series through the centuries. It is also the intent with which the trio of women in Witches of New York open their shop, only to have fate change their plans. If this is where your interests lie, then here is where you can start. 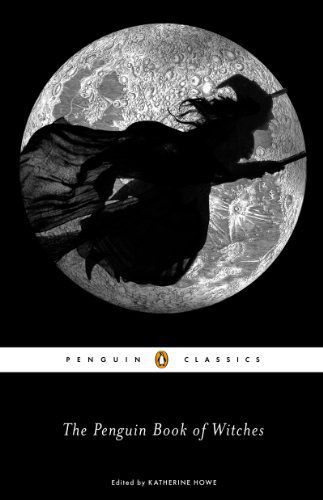 The Penguin Book of Witches by Katherine Howe

Know your history. The Wiccan tradition is inspired by Pagan faiths, and it’s important to understand its progression before tackling its many facets. Featuring historical documents from the Salem Witch Trials itself, each document is introduced by the author and explained in conjunction with its relevance to witches as we see them today. 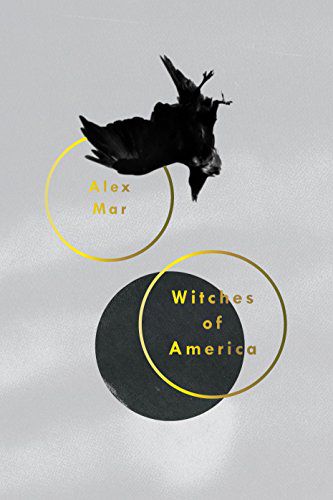 Witches of America by Alex Mar

Hear from someone who has practiced themself. In this immersive memoir, Alex Mar brings readers along on her five-year journey. She captures the history of modern paganism from the 1950s to the present and breaks down the beliefs in a simple way, making it the perfect place to start. When you feel you are ready to move on to something more advanced, direct yourself to Lisa Chamberlain’s works.

Brujería is the term for the kind of witchcraft practices in Latin and Afro-Caribean countries. It doesn’t have a hierarchical order or community, but rather focuses on the individual, using the terms Brujos (male), Brujas (female), and Brujx (gender-neutral). They use elements of nature to alter the course of everyday life including health, wealth, and family. If you have read and loved works like Labyrinth Lost, which features a family of brujas, and Cemetery Boys, a story featuring a brujo’s necromancy and its after-effects (both welcome and non-welcome), then turn to the guides below. 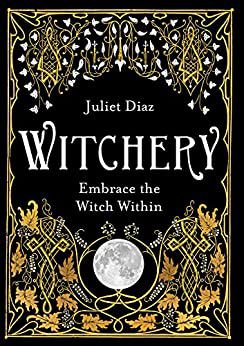 Witchery: Embrace the Witch Within by Juliet Diaz

Juliet Diaz is a powerhouse of information when it comes to the practice of witchcraft, and this book is no different. Where it is different, though, is in its focus on beginning steps. It goes through different ways of accessing power and using intuition, as well as using a suite of traditional tools such as crystals, tarot, herbs, candles, and spells.  It also charts out seasons and holidays, and how to use those to help with your practice. It is perfect for any Brujx to begin with. 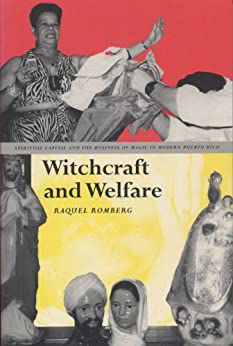 Witchcraft and Welfare: Spiritual Capital and the Business of Magic in Modern Puerto Rico by Raquel Romberg

As with the Wiccan tradition, it is important to know your history before you begin. This book takes us through the journey of Puerto Rican Brujos who have become “spiritual entrepreneurs” advising clients while consulting spirits but also the law. Combining forms of trance, dance, magic, and healing practices, their successes range from winning custody suits to corporation managers upskilling. Besides the present-day evolution of the tradition, Raquel Romberg “explores how brujería emerged from a blending of popular Catholicism, Afro-Latin religions, French Spiritism, and folk Protestantism,” and how this has changed the conversation and the landscape for a practicing Brujx.

The practice of Voodoo is perhaps the most misunderstood out there, especially due to its misappropriation in pop culture, as indicated by this fantastic piece, Why Can’t Black Witches Get Some Respect in Popular Culture? It is a practice that has split into two, constituting Haitian voodoo and New Orleans voodoo, and it revolves around ancient spirits and patron saints. These are practices focused on healing. If you have read The Good House by Tananarive Due and simply want to learn more, then here’s how to get started. 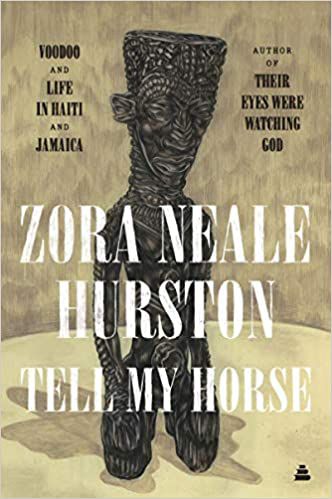 Tell My Horse: Voodoo and Life in Haiti and Jamaica by Zora Neale Hurston

Tell My Horse is a travelogue cataloging Hurston’s travels through Haiti in the 1930s. This travelogue might seem an odd guide to the practice of voodoo, but what makes it a valuable resource is not just Hurston’s enlightened perspective, but rather the first-hand account of her involvement in these practices itself, which elevates our experience to another level. She paints a picture of the customs, traditions, and superstitions vividly, making this an important contribution.

This is the group that takes something from every tradition to make it into their own. Ranging from herbs and tea leaves to tarots and astrology, everything is fair game. If reads like Witches of New York and Garden Spells is what inspired you, these books will help you take it further. 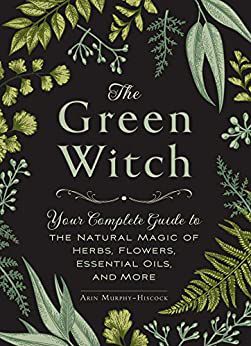 The Green Witch: Your Complete Guide to the Natural Magic of Herbs, Flowers, Essential Oils, and More by Arin Murphy-Hiscock

This is a great introductory text to a particular brand of witchcraft focusing on connections to, you guessed it, nature. It makes a clear distinction where it focuses on practicing in solitude as a Green Witch and how that differs from practice as a Wiccan. It offers guidance in the way of how a Green Witch can be paired with any spiritual belief and tradition. The way the author talks about using plants in your practice is environmentally responsible and backed by science. This is a great 101 resource to have in handy no matter how you choose to practice. 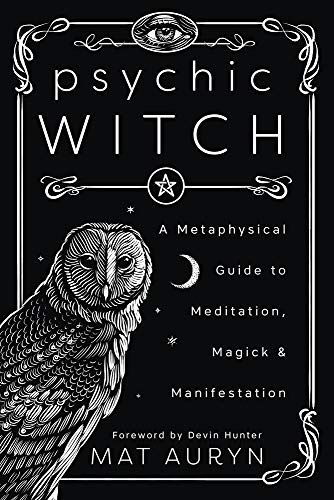 Another approach when you don’t want to commit to any one tradition is to brush up on your knowledge of metaphysical energy. In this work, Mat Auryn details his perception on the metaphysical structure of the human energetic bodies, the cosmology of the universe, and the psychic senses. He goes through each sense describing what it is and giving exercises to help attune you to each. He then talks about different layers of auras and energy, all in a way that makes it easy for anyone who is just starting out to understand. It puts into perspective the practice of witchcraft beyond that of rituals and covens and adds a layer of spirituality that is interesting to observe in action.

This is in no way an exhaustive guide to best books for beginner witches. At its center, all witchcraft is about being true to yourself and using your knowledge for good. The best way to think of it is how Alice Hoffman put it in the prequel to Practical Magic: “Drink chamomile tea to calm the spirit. Feed a cold and starve a fever. Read as many books as you can. Always choose courage. Never watch another woman burn. Know that love is the only answer.”

If you are looking for more reads, try this Wiccan fiction, or these must-read books about witches.