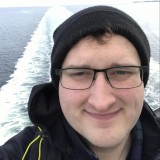 Clay J. Andres is a B.C.-based writer who has has written for lifestyle magazines, local newspapers, and online publications. Most of his personal writing focuses on the intersections of feminism, politics, religion, history, literature, and art. He was born and raised Mennonite but is thankful for the influence of his Catholic and a Jewish extended family and the many, many influential people in his life who have expanded his horizons to engage in topics that he cares about deeply, including gender equality, LGBTQ+ issues, Canadian reconciliation, deconstructing national narratives, and finding connections between books where there really aren't any. Twitter: @claytonjandres Blog: oneclaymore.wordpress.com

Why Luna Lovegood is the Perfect Ravenclaw

She's inquisitive, never satisfied with just a little bit of knowledge, and drawn to mysteries.

In Praise of Plotless Books

Why plotless books can make for excellent reading.

Nambia and the History of Fictional African Countries

Trump made up an African nation while speaking to the UN, but authors have been doing this for awhile.

Women of Color Who Should Be Added to the Literary Canon

Love Dickens, Hugo, and Stendhal? Read these women of color.

Judging people for not reading as much as we do will just make them want to read less.

Does Every Fantasy Novel Need to Have a Map in it?

Some are useful, but most...not so much.

Is it Possible to Misread Octavia Butler?

On that common (incorrect) assumption made about Octavia Butler's short story "Bloodchild."

The Secret Behind the Success of Captain Underpants

6 Literary Universes that Put the Marvel Movies to Shame

This is Stephen King’s universe, we’re all just living in it.

Did Logan Take Its Plot from this Book?

On the similarities between the movie Logan and the dystopian sci-fi novel Ink by Sabrina Vourvoulias.