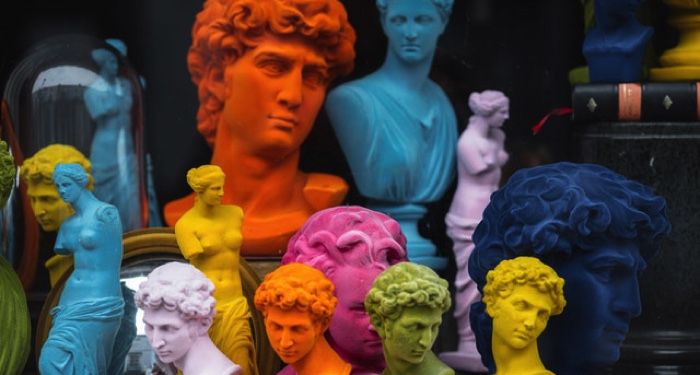 Reading the so-called “classics” of western literature is not on my reading bucket list. It’s not that I have something against any of the individual books that make up what is sometimes considered “the canon.” It’s that the history of literature and publishing in America and Europe is full of racism and sexism and the whole idea of a literary cannon is steeped in patriarchy and white supremacy and heteronormativity. I’m slowly working my way through certain classics (i.e. the works of Baldwin and Morrison), and I’m determined to one day finish Moby-Dick. But as a whole, “the canon” (what is it? who decides?) doesn’t hold much sway for me.

Despite this indifference, I do have strong feelings about classics and their merit. Here’s what I’ve come to believe in recent years: classics are worthwhile and important, even vital, but not necessarily for themselves. They matter because of the retellings they inspire.

I don’t remember reading Peter Pan as a kid. I did read it as a young adult, 20 years ago, and I must have enjoyed it because I gave it four stars. But I don’t remember anything about the experience; it’s not a beloved book. But Peter Darling by Austin Chant, a glorious trans retelling of Peter Pan, is a beloved book. I read it when it came out in 2017, mourned when it went out of print, and gleefully bought a paperback copy when it was reissued last year. My love for this book is boundless. It’s a brilliant, imaginative story in which Peter is a trans man, known to his family as Wendy Darling, who flees to Neverland to escape the transphobic world. The enemies-to-lovers romance between Peter and Hook is a delight. Beyond that, I could write a whole essay on all the layers of this novel. I could write a whole essay on the ending, which is, without question, one of my favorite endings to any novel ever.

When The Great Gatsby came into the public domain in 2020, it opened the floodgates for a whole slew of queer retellings. I’m looking forward to reading The Pursued and the Pursuing by AJ Odasso, which imagines an alternate future for Gatsby and Nick, and Self-Made Boys by Anna-Marie McLemore (out September 6), in which both Nick and Gatsby are trans, and Daisy is a queer Latina.

I’ve already read and loved The Chosen and the Beautiful by Nghi Vo, in which Jordan Baker is recast as a queer Vietnamese adoptee with the ability to magically transform paper. I’m not a Gatsby fan, and I remember almost nothing about the plot. But The Chosen and the Beautiful thrilled me. It’s full of queer characters, for starters (Jordon, Nick, Gatsby). But more than that, there is something joyful — healing, even — in reading a version of this American classic in which the people who have been so often ignored in American classics take center stage. Queer folks, as I am fond of saying, have always been here. They were surely at Gatsby’s lavish parties, even if Fitzgerald didn’t write them there.

There is, of course, plenty of queer subtext in The Great Gatsby, as there is in many other classics. In some cases, the subtext is obvious — clearly put there by the author at a time when writing overtly queer relationships rendered books unpublishable. In other cases, the subtext is created by queer readership. In other words, when we couldn’t find ourselves on the page, we wrote ourselves in. Comic artist Molly Ostertag writes about this in her gorgeous essay about the queerness of Frodo and Sam’s relationship in The Lord of the Rings.

Did Tolkien mean for their relationship to read as queer? We’ll never know, and maybe it doesn’t matter. What I do know, and what does matter, is that retellings, especially queer retellings, act as a kind of reclaiming. They unearth the hidden stories, bring them into the sunshine, let them breathe. They turn subtext into text. In retellings, queer writers — and readers — get to take up space. It’s not just that these stories are fun, though it is a delight to read about a lesbian minor character from Pride & Prejudice, or a gay Nick & Gatsby. It’s that these stories tell a kind of truth the originals never could. I’m not saying that Pride & Prejudice doesn’t have any merit on its own — I don’t want to be kicked off the bookish internet, after all. I’m just saying that the weight and heft of classics, the way these stories live in the public imagination, their familiarity, gives retellings a certain heft, too.

Without The Great Gatsby, Vo’s strange and beautiful world of magical paper and queer magicians would not exist. Without Peter Pan, there would be no Peter Darling, that funny, tender, creative, observant, and deeply queer gem of a book. If Jane Austen had not written the character of Anne de Bourgh, I would not have had the pleasure of reading Molly Greeley’s reimagining of her life in The Heiress, a gorgeous lesbian coming-of-age novel.

This is what I come back to, again and again, when I think about the classics. The canon, flawed as it is, restrictive as it is, white and heteronormative as it is, has made some of my favorite books possible. It acts as a doorway and a springboard. With that said, there is no substitute for original queer work. And there is no getting around the fact that the canon and the very idea of the canon — the belief that work by primarily white, cis, male authors from Europe and America is the gold standard of literature — is harmful and violent. I’m not especially drawn to the kinds of classics I’ve written about here, though I don’t think there’s anything wrong with them, exactly. Mostly, when I think about the “western canon,” a body of work deemed important by those who hold all the power, I feel angry and exhausted and bored. Literature is so much bigger than that. So it’s heartening to see that so many of the books being lauded today — tomorrow’s classics, if you will — are by women and people of color and queer folks.

Still, underneath my skepticism, I can’t help but feel some fondness for those dusty old books by white men (and a few women). Don’t get me wrong — the classics may have their own merit, but they’ve been celebrated enough for that. I don’t really care about these books for themselves anymore. My fondness, and my gratitude, is not for what they are. It’s for what they’ve been turned into. I’m forever grateful that these works have stuck around long enough to become entrenched in the literary world. Long enough for brilliant writers to mess with them, and reimagine them, and from their bones build new, queer masterpieces.