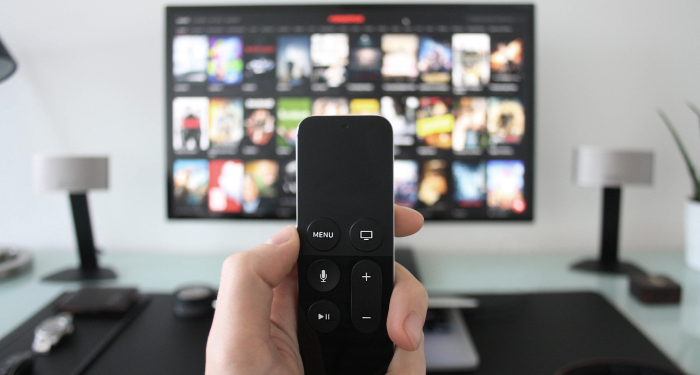 It feels like we’re at the height of adaptations and retellings of our favorite stories on the screen. And I know some people don’t like to see their favorites being adapted, but I am not one of those people — I love them all, good and bad, and love seeing books find new readers because of their on-screen counterparts.

That said, there are some trends in the media that I don’t see slowing down anytime soon and some trends I hope to see get even bigger in the next few years, so I’m going to go on record in officially guessing what we’ll see more of soon and why.

While it’s been a few years since Bridgerton first graced all of our screens in 2020, it feels as though it’s still in the height of its popularity. Historical romance has come back in full force, and with it, a slew of other adaptations. The new Persuasion, Mr. Malcolm’s List, and Our Flag Means Death (which I’m definitely including as a historical romance, even if it isn’t a book adaptation) have all proven that audiences will come back again and again for these sometimes over-the-top but always fun adaptations, whether it’s to rave about it or complain.

But what’s next? While I don’t think we’ll see a slowdown of this genre soon, I do think the adaptations will start looking in more niche spaces. Rather than just a traditional historical romance, they will be historical romances with a twist, an interesting character, or another feature that will help set it apart from all the others. I would love an adaptation of Sarah MacLean’s Hell’s Belles series, beginning with Bombshell, in which a group of vigilante women seek revenge and get in bar fights and generally raise hell. I also think a book like The Lady’s Guide to Celestial Mechanics would make for a great pick for an adaptation, featuring two women working on an old French astronomy translation who begin to fall in love.

With the recent revival and reboots of several 2010s shows — Gossip Girl, Pretty Little Liars, and Vampire Diaries — I’m predicting dramatic teen shows like Riverdale will be back on the rise. And even though we all thought Riverdale was ridiculous by the end, we still watched it, and new originals like Yellowjackets prove that dark teen shows are here to stay.

First Kill, a show based on Victoria Schwab’s short story about a vampire and a vampire hunter who fall in love, was a great example of this, and while I’m dismayed that it got cancelled barely weeks after the first season dropped, I think it’s going to be a sign of what’s to come. With a slew of new YA vampire novels coming out this year and next, there will be no shortage of adaptation material. And First Kill‘s showrunner Felicia Henderson isn’t done in the supernatural world — she’s at work on an adaptation of Legendborn, where a group of teen demon hunters are tasked with hunting the demons down.

Since we’re already halfway into the supernatural rise, I’d like to go fully into the horror genre, and the item at the top of my list is a new adaptation of Frankenstein. I loved Kiersten White’s The Dark Descent of Elizabeth Frankenstein from 2018, and a twist like that on the classic story that puts different people at the center of the action could be exactly what readers and watchers are looking for.

Silvia Moreno-Garcia’s Mexican Gothic has also been picked up for adaptation by Hulu, adding to the plethora of creepy stories still following in the wake of the successful The Haunting of Hill House and The Haunting of Bly Manor Netflix shows. A new adaptation of Stephen King’s Salem’s Lot is headed to theaters in April 2023, and I don’t think we’ve had enough of the creepy houses and eerie settings. I would not be surprised if these continued to increase in popularity over the next few years, either, as horror is on the rise as a genre again.

I’d love to see the atmospheric horror of T. Kingfisher picked up, as one of the scariest scenes I’ve read — I won’t spoil it — lives in The Twisted Ones, and I think it would make for some excellent cinematic horror, following a woman who’s been tasked with cleaning out her recently deceased grandmother’s house who finds a journal detailing mysterious and unexplained things happening in the woods.

Of all the genres I’d like to be expanded in adaptations, horror is the frontrunner, as it’s a genre that constantly cycles through popularity but has proven that no matter what we’re living through in the present, there’s always something scarier around the corner.

It seems as though we’re in a golden age of retellings and adaptations, and I am excited to see where everything goes. Of course, I would also love to be surprised with a brand-new popular genre that comes up out of nowhere to take the screen by storm.