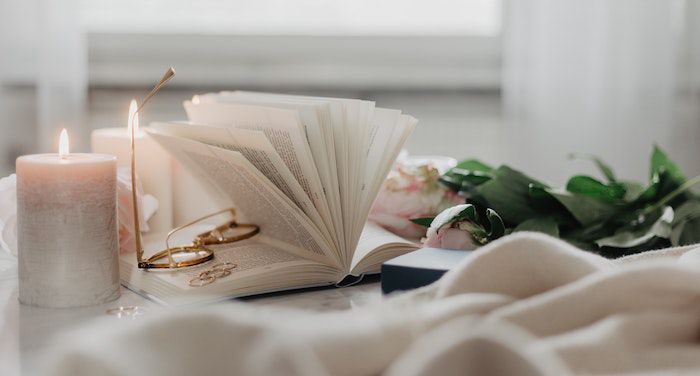 The first line of Charles Dickens’s 1859 novel A Tale of Two Cities is quoted often. Or at least the first part is (it’s a very long sentence). But what does it actually mean? Join me as I put on my official “I was an English major” T-shirt and get down to some close analysis of the iconic A Tale of Two Cities first line.

First, a refresher on what this first paragraph actually says:

Maybe you’ve never read A Tale of Two Cities, but you are probably familiar with the phrase “it was the best of times, it was the worst of times,” because it’s become a popular idiom. Here’s a quick summary of the novel before we get into that. Set around the time of the French Revolution, moving between London and Paris, the novel follows a French doctor who was imprisoned for years in the Bastille. When he’s released, he moves to England to be with his daughter, Lucie—whom he’s never even met. Two different men fall in love with Lucie, and this triangle has long-lasting consequences as political intrigue spirals out of control in France, leading to a revolution that catches our characters in its grip.

Like all Dickens novels, A Tale of Two Cities explores the societal conditions that lead to collapse, immorality, and ruin, and the individuals struggling against forces larger than themselves. But A Tale of Two Cities is one of his only works of historical fiction, and that awareness definitely informs the novel’s first sentence. Looking back on a turbulent era of history, Dickens is aware that we all tend to claim our current era is the most difficult, the most unsettled, the most interesting. But, this sentence points out, his contemporary Victorian readers aren’t the first to think that way. Why, not so long ago, in the 1780s, look at how people thought of the times they lived in, this sentence seems to suggest. This is one way Dickens uses to create a parallel between his readers and these figures of the past. At the end of this very long sentence, he even says it explicitly: “the period was so far like the present period” in this regard.

That’s one reason why this line holds up so well: every new generation thinks their struggles are uniquely difficult. Our current situation is the perfect example. We are living through what many call unprecedented times—and without minimizing our current circumstances, we can acknowledge that there have been pandemics before, and wars before, and political upheaval before. It’s one thing to read about these events in history books, but when you’re living through them, they are, of course, deeply unsettling and overwhelming, and naturally lead people to declare we are in the worst era in history.

Close Reading the A Tale of Two Cities First Line

Now that we have that background, let’s dig in a little deeper. The A Tale of Two Cities first paragraph makes use of a literary technique called antithesis. In A Glossary of Literary Terms, M.H. Abrams defines antithesis as “contrast or opposition in the meanings of contiguous phrases of clauses.” This is a fancy way of saying that in antithesis, words or phrases with opposite meanings are used closely together, usually with the same general sentence structure, and are deliberately contrasted with each other.

Look back at the A Tale of Two Cities first line. It’s all written in two very particular patterns until the very end: “It was the _____ of _____” and “We had ______” or “We were _____.” This repetitive structure establishes that the terms in each pair are equal. It’s not “It was the best of times, but some people said it was the worst times.” It’s both “best” and “worst” at once, and they have equal importance in the sentence.

These are confident, declarative sentences. But how can all these things be true at once? It can’t be both the best and worst of times. This is a common technique Dickens uses to establish humor: simple exaggeration. And at the end of the paragraph, he suggests that there is something about this era which makes people discuss it in “superlative” terms only. Or, in his words: “some of its noisiest authorities insisted on its being received, for good or for evil, in the superlative degree of comparison only.” By juxtaposing all of these opposite concepts, Dickens shows the absurdity of declaring that one particular thing is true for an entire generation. Running them all together in one long sentence further makes all of these ideas feel just a little bit over the top. Where does it end? we might think as we read. Because the novel is historical fiction, and Dickens explicitly mentions the “present period” in this paragraph, he’s also implying that it’s human nature to do this no matter when we live, and it’s not unique to any particular time period.

From the title, and this opening sentence filled with so many opposite pairs, we also get a sense that this novel is preoccupied with duality. It’s a tale of two cities, and as readers will soon find out, two men in love with Lucie and two characters who look very much alike.

The A Tale of Two Cities first line isn’t Dickens’s only banger. There’s this classic opening to A Christmas Carol: “Marley was dead: to begin with.” That’s followed by several sentences about just how dead Marley was, like the author is protesting a little bit too much (and of course, Marley’s ghost soon shows up, so he can’t have been that dead). The first sentence of David Copperfield is equally famous: “Whether I shall turn out to be the hero of my own life, or whether that station will be held by anybody else, these pages must show.” Whatever you think of Dickens as a writer, he knew how to establish a mood immediately.

Let us end by acknowledging that the old joke that Dickens was paid by the word has a little bit of truth to it. Many of his novels were first published as serialized installments in newspapers and magazines. Dickens definitely mastered this method of publication by ending chapters on cliffhangers and crafting long, meandering explorations of character. Reading was exploding in popularity during the Victorian era and Dickens was a master at giving his readers enough to satisfy them. So no, he wasn’t paid by the word, but we can compare 19th century serialized publication to how TV used to be: must-see episodes released once a week. And the number of episodes we watched only increased our desire to know what would happen next.

Books like A Tale of Two Cities may seem impenetrable to modern readers, but there’s really a lot here we can relate to. Like Dickens’s characters, we’re living through an event that will have long-lasting consequences. And even if that doesn’t draw you in, Dickens is an expert melodramatist. Come for the dissection of society’s ills, stay for the love triangles and dramatic deaths.

Looking for more analysis of great first lines? Check out this post on the first line of Moby-Dick and this look at the beginning of Anna Karenina. And if you just want more Dickens, here’s a list of some of his best quotes.