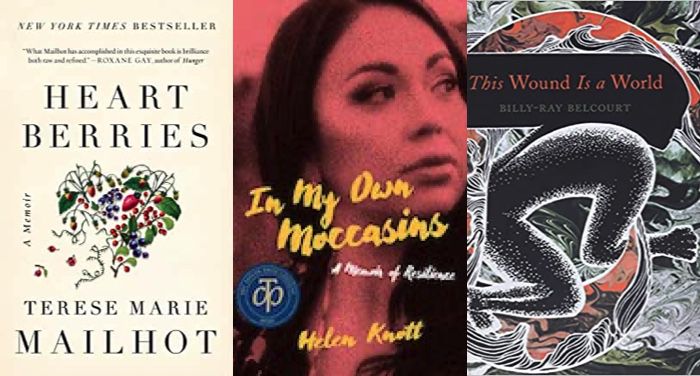 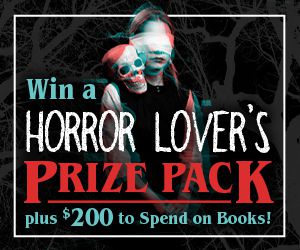 Book Riot is teaming up with Macmillan's Nightfire newsletter for a chance to win a Horror Lover's prize pack containing the following: $200 Visa gift card, The Living Dead by George Romero and Daniel Kraus, Certain Dark Things by Silvia Moreno-Garcia, Slewfoot by Brom, Hex by Thomas Olde Heuvelt, The Last House on Needless Street by Catriona Ward. Simply sign up for the Nightfire newsletter and fill out the form here to be entered to win.

At the beginning of this year, I joined Erin and Dani’s Book Club, an Indigenous-run initiative that focuses on reading Native memoirs. Many of their selections are available on audio, and I have loved listening to these titles, each with their own unique perspective on being a Native person living in recent times. 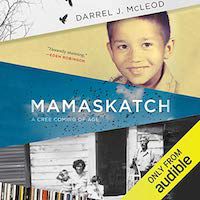 Cree author Darrel J. McLeod tells the story of his childhood growing up as a young queer boy in Canada. He includes stories from his family’s past that his mother told him, connecting his own story with his family’s history. William C. Wikcemna Yamni ake Wanzi’s narration perfectly captures McLeod’s narrative voice, making listeners feel as if they are sitting across from the author as he shares his story. 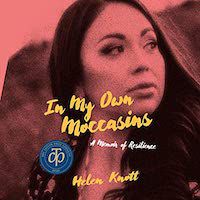 In My Own Moccasins: A Memoir of Resilience by Helen Knott, Narrated by the Author

Helen Knott begins her dedication, “My truth is all that I have. Truth is my offering. This is for the women who cannot remember and for those who choose not to.” In My Own Moccasins chronicles her experience with the aftermath of sexual assault. Knott performs her own audiobook, making her very personal memoir that much more intimate. 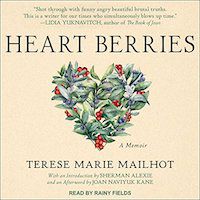 In her critically acclaimed memoir Heart Berries, Terese Marie Mailhot shares her story, including her experience in a mental health facility and how her writing helped her work through her past. This slim volume covers so many things so well, illustrating Mailhot’s ability to communicate details about an entire event in just a few pages. Rainy Fields reads the audiobook edition with a brilliant sense of how the story should be performed. 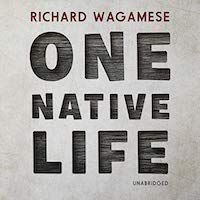 One Native Life by Richard Wagamese, Narrated by Christian Baskous

Structured in a series of vignettes, One Native Life follows Wagamese’s childhood as he moves from foster home to foster home, losing his connection to his Native heritage. As an adult in his 20s, Wagamese finds his birth family again and reconnects with his culture, slowly unlearning the harmful effects of colonization on his own perception of his Indigenous identity. 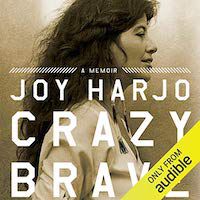 Crazy Brave: A Memoir by Joy Harjo, Narrated by the Author

Our current United States Poet Laureate, Joy Harjo, may be more well known for her writings in verse, but her memoir illustrates just as much skill and understanding of prose. In the audio edition, she describes how much music informs her writing, often singing parts of the book. Christian Baskous was the perfect choice for narrating this memoir as he gives this book an intimate feel that helps that personal connection between the listener and the author. 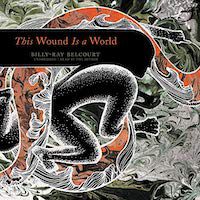 This Wound Is a World by Billy-Ray Belcourt, Narrated by the Author

Part poetry, part memoir, This Wound Is a World reads as a sort of manifesto on the author’s perspective of decolonization and queerness. I love when poets narrate their poetry, so this collection was a brilliant listen. The delivery and depth of emotion that Belcourt gives to his delivery makes this audiobook incredibly special. 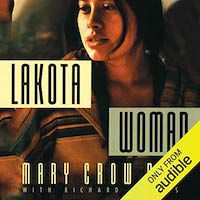 Mary Crow Dog joined the rising Native American movement in the ’60s and ’70s, eventually marrying a man who helped revive the outlawed Ghost Dance. Her memoir gives the listener an inside look at this pivotal moment in Native American history, and Crow Dog’s writing shares moments from the author’s life. Emily Durante narrates the audiobook with skill and emotional insight. 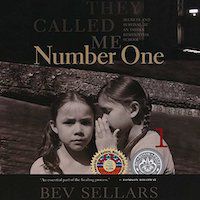 They Called Me Number One: Secrets and Survival at an Indian Residential School by Bev Sellars, Narrated by the Author

In They Called Me Number One, Bev Sellars shares the experiences of three generations of Native women forced to attend residential school in British Columbia, Canada. Sellars’s story details the decades of abuse generations of Native children suffered at the hands of the Catholic-run institution, also illustrating the resilience the children possessed as they made lives for themselves after leaving the school. Sellars performs the audiobook herself, which adds to the depth and resonance of her testimony.

To learn more about Erin and Dani’s Book Club, you can find them on Instagram or on their Patreon page.