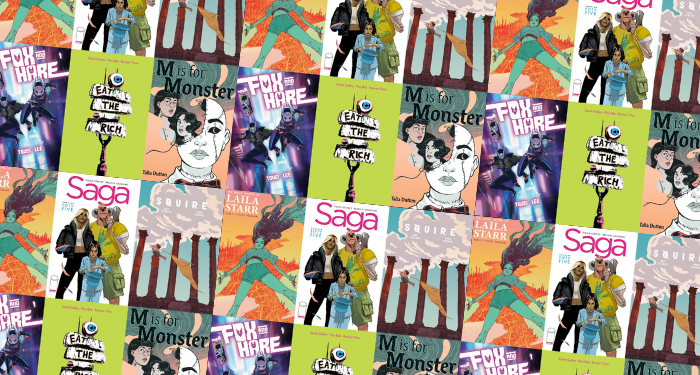 The excitement I feel at the end of every year as I look toward all the great books coming out next year is unlike any other. I mean, new books? To add to my TBR? Pure dopamine. It doesn’t matter that my TBR keeps getting longer and I can never hope to keep up. That’s what denial is for. (No, kidding, but seriously don’t let yourself get too hung up on stuff like there. There are way more books in existence already than you can ever hope to read, so just enjoy all the books you do read. Your brain will explode otherwise.)

So if you, like me, are just waiting for that rush when you see all the great new books coming out in the new year, I have really great news for you. Because we are in for a real treat, especially when it comes to graphic novels. I don’t remember the last time I had this many comics and graphic novels I was looking forward to in the coming year. Maybe never. But the comic book gods have truly blessed us because these 2022 releases look unbelievably good. Don’t believe me? Just check out these 12 2022 comics and graphic novels. Your TBR will thank me. 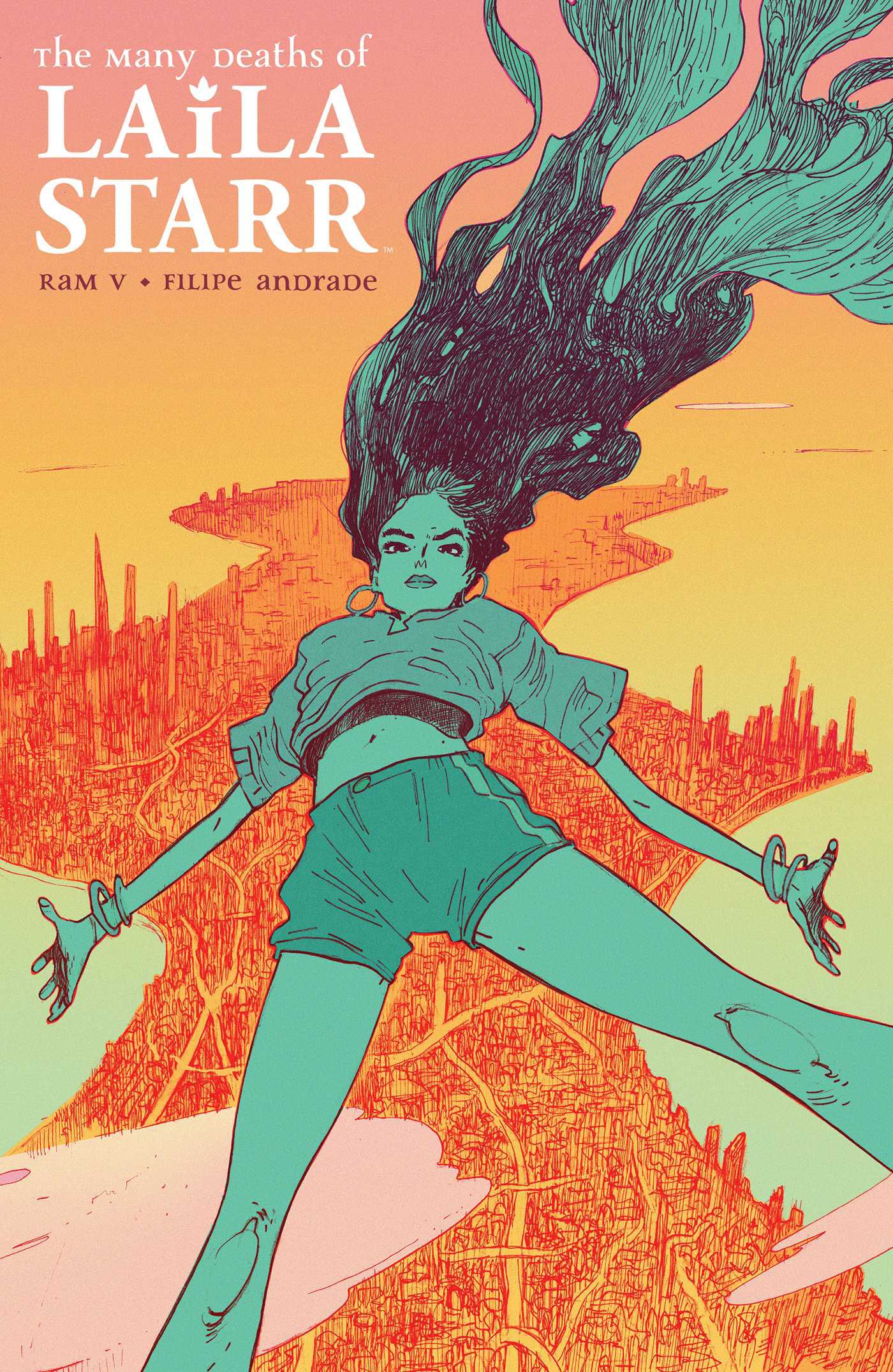 The Many Deaths of Laila Starr by Ram V. and Filipe Andrade

The goddess of death is fired when the afterlife becomes defunct, leaving her to live a mortal life on earth. But it turns out, she’s really bad at that. Especially with a vendetta against the kid prophesied to end death forever that got her in this mess to begin with and a bad habit of ending up dead herself. Good thing she’s still got some powerful friends on her side to bring her back to life in this vibrant graphic novel. 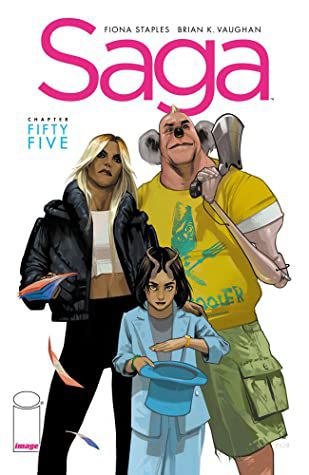 The long awaited return of beloved space fantasy comic Saga is finally before us! Picking up right where it left off, we return to Hazel and her family and their strange and dangerous space adventures. It’s been worth the wait to have a double-length issue of 44 pages coming our way in January. 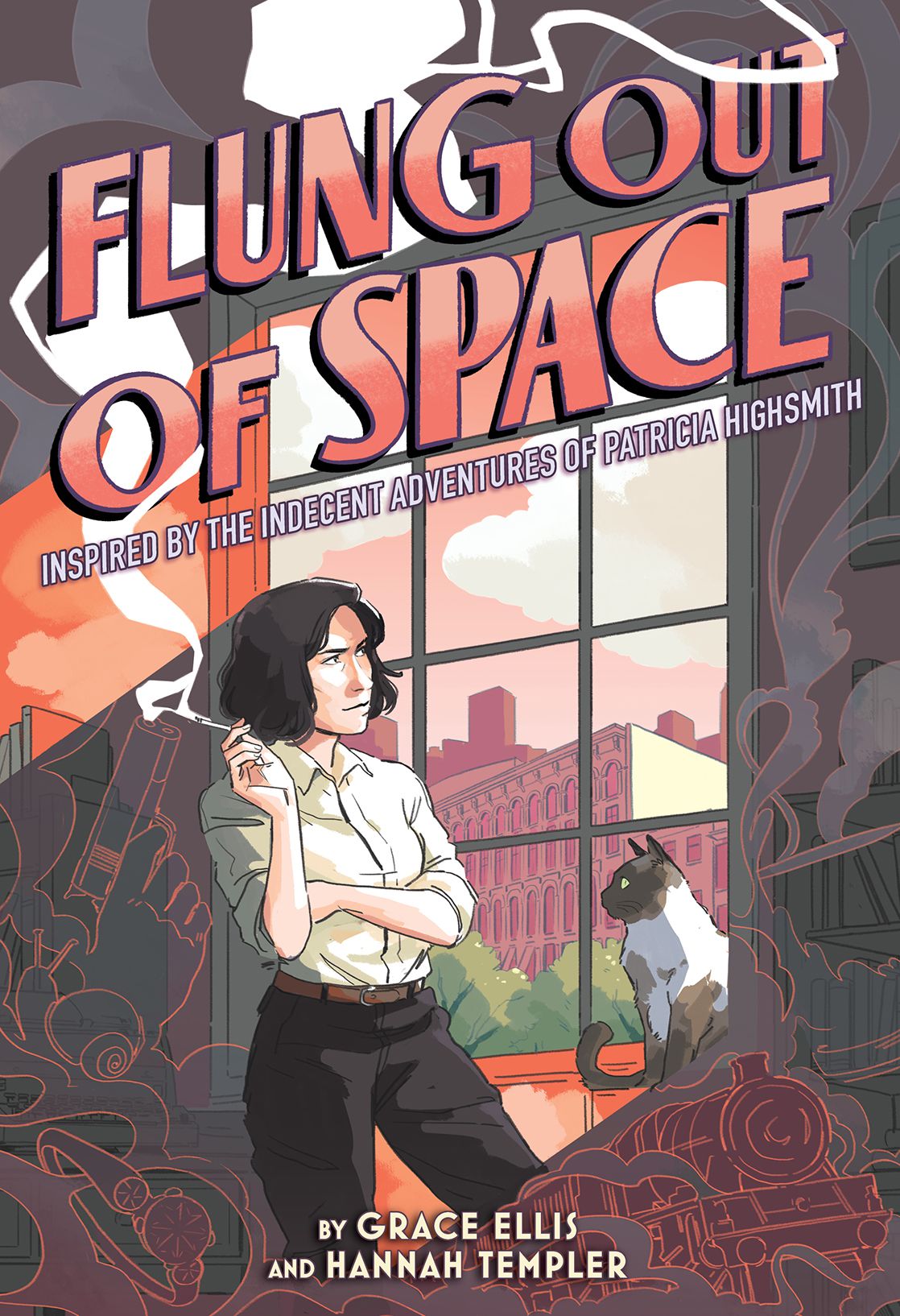 Flung Out of Space By Grace Ellis, Hannah Templer, and Joan Schenkar

This graphic novel is a fictional portrait of Patricia Highsmith, the notorious author behind the lesbian classic novel The Price of Salt, notable for giving its lesbian protagonist a happy ending. Beginning with her time writing low-brow comics, Patricia dreams of writing the great novels she knows she can. Patricia became an unintentional queer icon, but her internalized homophobia, self-hatred, anti-semitism, and problematic views make her a controversial figure to this day. This graphic novel explores her life and her writing in all its nuance, both good and bad. 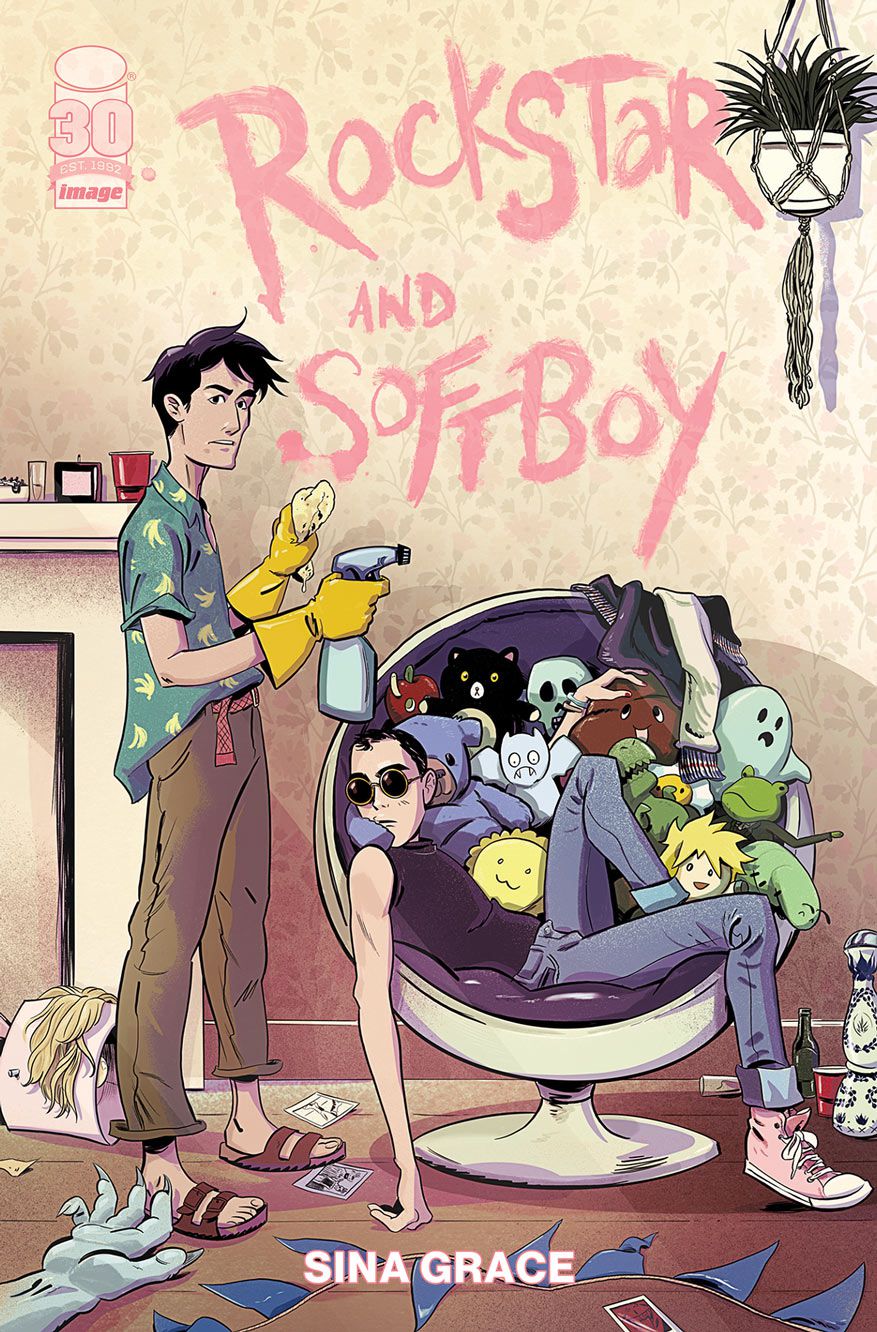 Rockstar and Softboy by Sina Grace

This one-shot comic following two best friends and their antics in Hollyweird. When Rockstar throws a house party to lift Softboy’s spirit, surprising secrets between two BFFs who seemingly share everything come to light along with an unexpected party guest. It’s a gay buddy comedy! 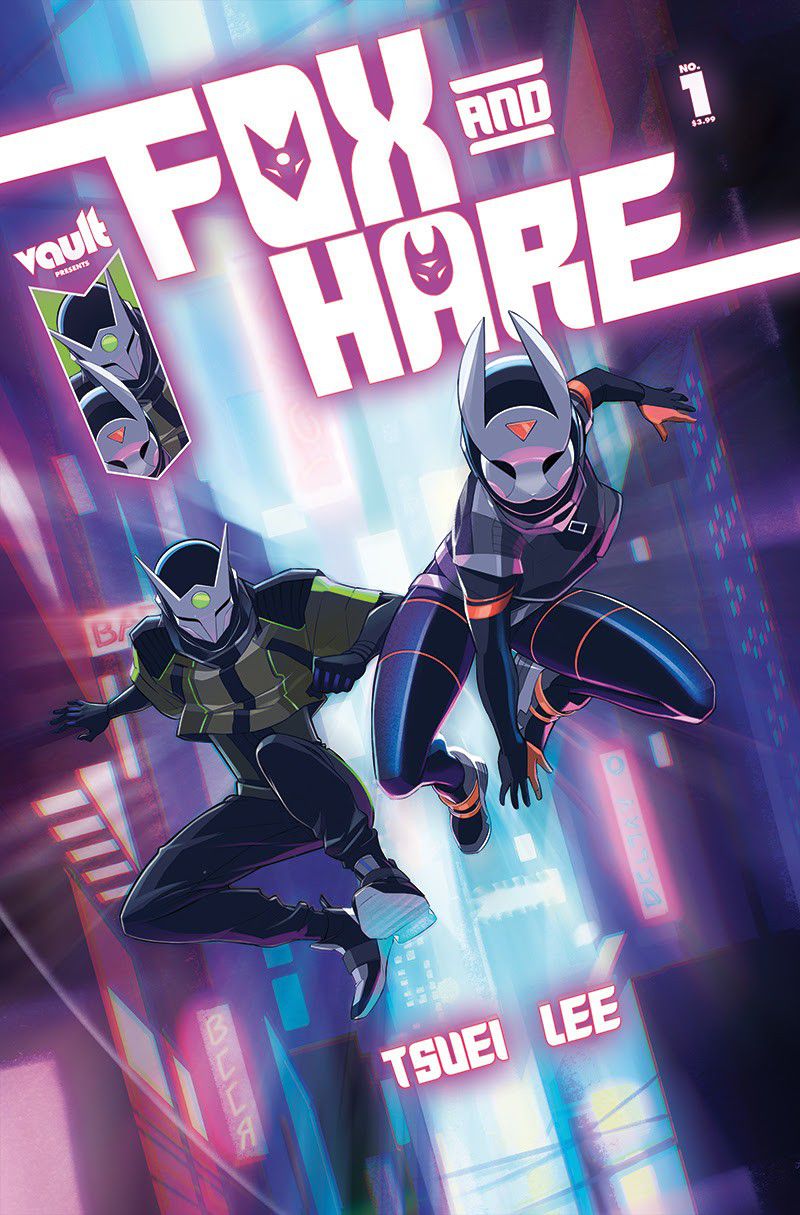 In true cyberpunk fashion, Fox and Hare tells the story of Aurora Yi, a black market coder accidentally uncovers data kept by an evil megacorporation on citizens’ past lives. Now that corporation wants its data back, and Aurora turns to the city’s most feared mercenaries, Fox and Hare, for protection. Tsuei has said that the project is a way for Asian audiences to reclaim “the aesthetics of cyberpunk,” since the genre’s origins stemmed, in part, from anti-Asian sentiment in the 1980s. 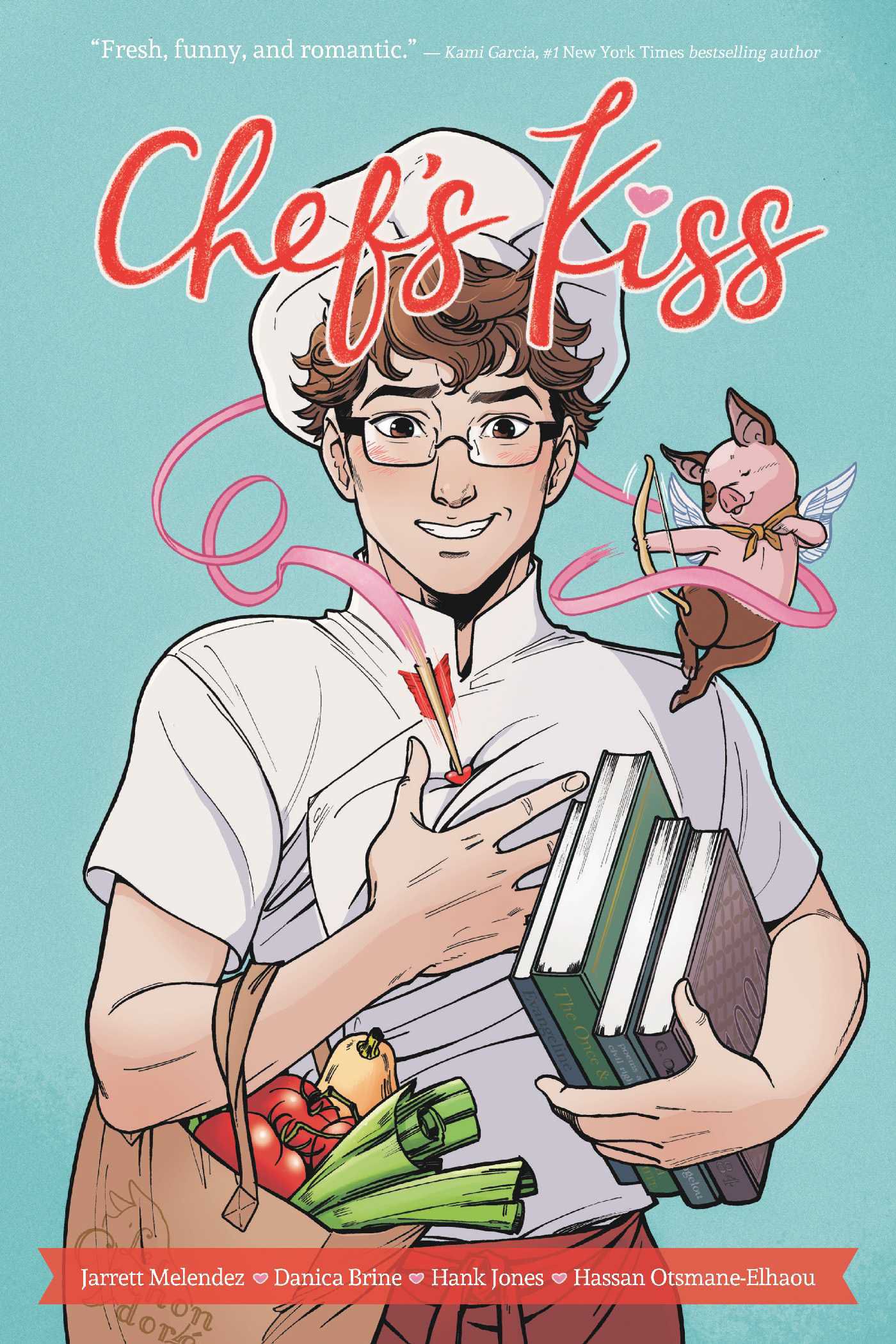 This adorable NA graphic novel follows a recent college grad hoping to snag his dream job in the world of writing and books. But when every single interview ends the same way — telling him he “needs more experience” — he jumps on the opportunity for the first job he finds that will take him: as a chef at a local restaurant. It’s only temporary. He can still hunt for jobs while making a bit of money to make ends meet. But a crush on a fellow chef and the realization he may actually enjoy cooking have him questioning all the plans he thought he had for himself. 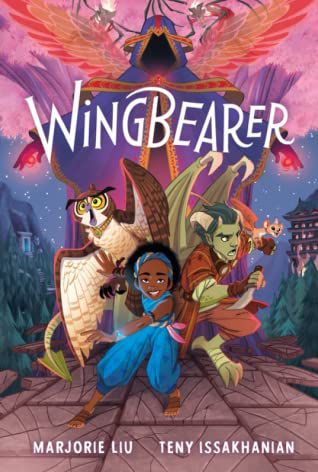 A child raised in the spirit tree that cares for the souls of birds before they are reborn must return to the mortal world to save the afterlife when new souls begin disappearing. Alongside her owl guardian and a goblin named Orien, she’ll face off against dragons and the terrifying Witch-Queen on her quest to save the spirit world and the Great Tree. But most surprising of all are the answers she discovers about herself along the way. 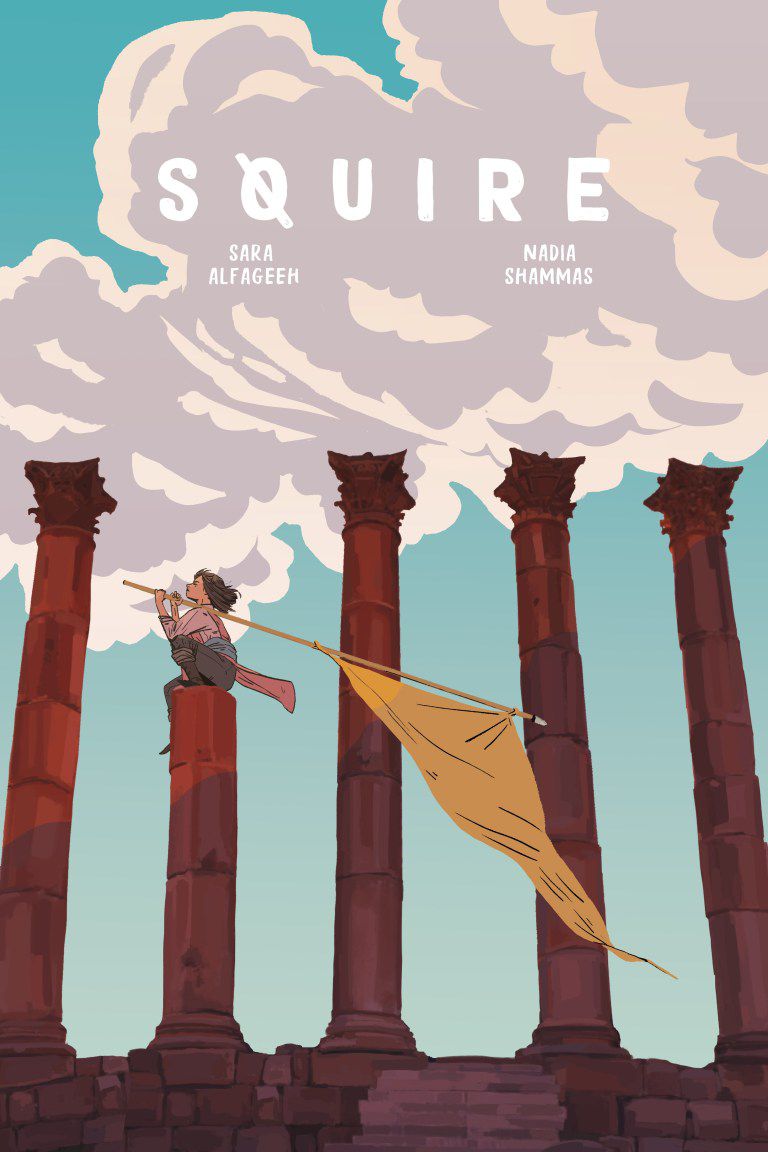 This gorgeous historical-inspired graphic novel is about a young girl who dreams of becoming a knight for the empire despite her family’s subjugation as members of the Ornu people. Becoming a knight might finally be a way to overcome the prejudice she faces and gain citizenship. In the meantime, she must hide the tattoos that identify her as Ornu and lie to her new friends, who might not talk to her at all if they knew who she really was. But as Aiza trains alongside her fellow recruits, she begins to realize that she may be fighting for all the wrong things. Squire is a beautifully illustrated exploration of war, violence, and making the hard choices. 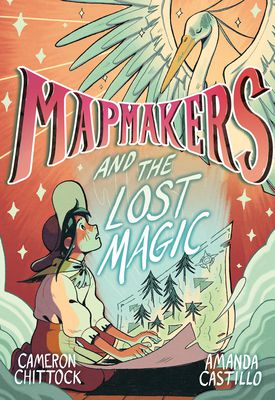 Mapmakers and the Lost Magic by Cameron Chittock and Amanda Castillo

Historically, the Mapmakers kept the peace in the Valley; but they disappeared ages ago. On the run (again) from the oppressive group that now rules the Valley, Alidade stumbles upon a magical door. Behind it, she discovers an ancient hideaway of the Mapmakers. The Mapmakers are long gone…but maybe not anymore, not if Alidade can become a new one. Becoming a Mapmaker might be the only way to save her beloved Valley, but it will also mean giving up her dreams of leaving and staying to fight for the home she’s always loved. 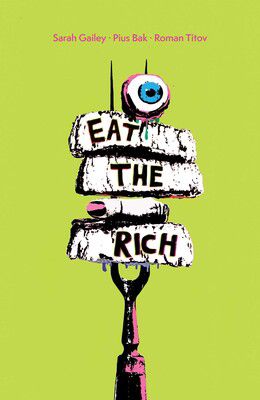 Eat the Rich by Sarah Gailey and Pius Bak

Imagine my absolute joy at discovering that the author of American Hippo and The Echo Wife (one of my absolute favorite authors) was penning a graphic novel. And then double that joy upon seeing the title. The pristine mansions of Crestfall Bluffs hide a horrifying secret. And when Joey accompanies her law school boyfriend home one summer, hoping to rub elbows with the elite that could secure her future, she discovers their hunger cannot be satiated by only wealth. It’s a cannibalistic thriller like you’ve never seen. 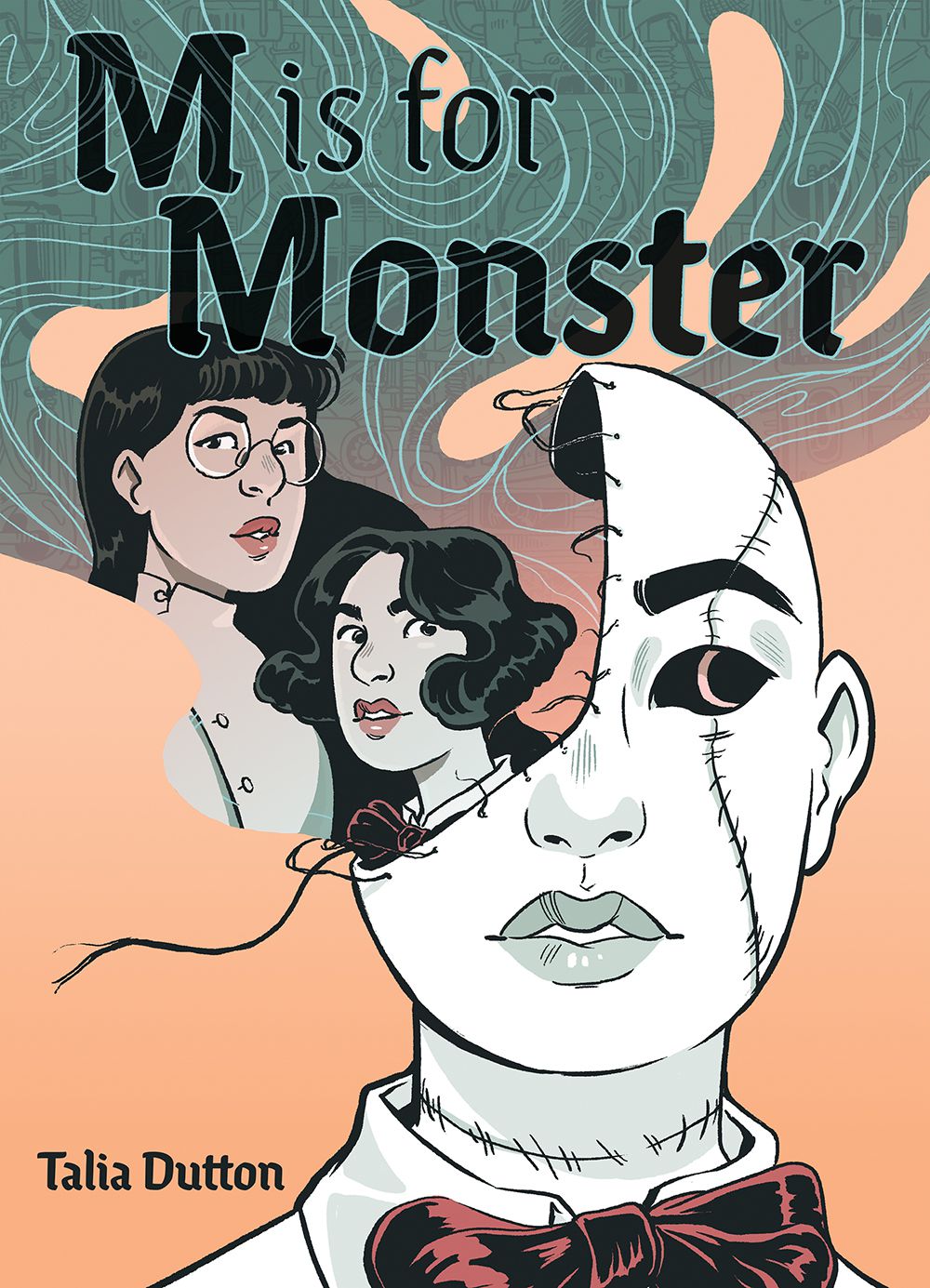 M is for Monster By Talia Dutton

A scientist tries to bring her younger sister back to life in this reimagining of Frankenstein. After losing her younger sister in an accident, Doctor Frances Ai vows to bring her back to life. But the Maura she resurrects isn’t the same sister she lost. This girl, who calls herself “M,” has no interest in trying to be Maura. She’s her own person. And the more Frances tries to bring back the memories of her sister, the closer she comes to losing this new person she’s become. 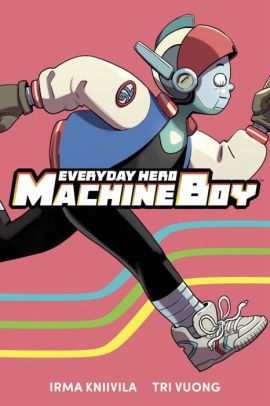 Machine Boy leaves a wake of destruction after falling from the sky into the domed city of Mega 416. But that’s before Karate Grandpa turns on his heart. Now he wants nothing more than to be a hero. From rescuing kittens to making the world’s greatest spaghetti sauce, Machine Boy just wants to help people. His robot heart might still get in the way of that, though, when it starts interacting dangerously with other falling space debris.

Now that you know some of the 2022 comics and graphic novels you should be looking forward to, have even more great comic recs: